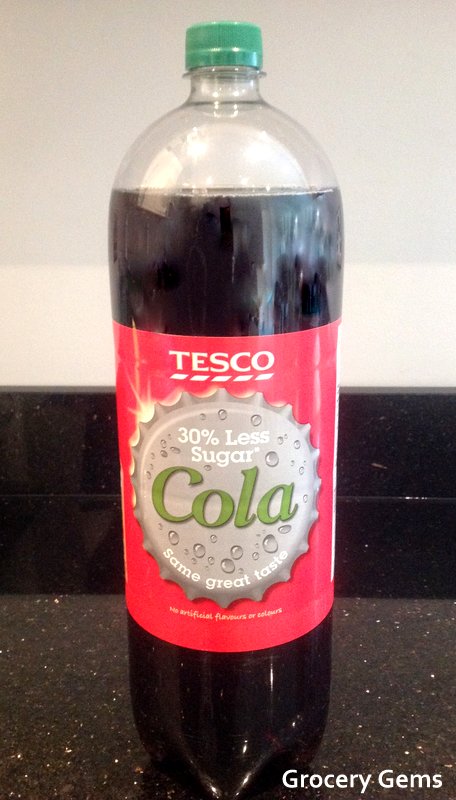 I bought this Tesco 30% Less Sugar Cola a few weeks ago. I spotted it just a few days after first trying, and enjoying, the new Coke Life (see my review here) which is a 30% less sugar drink madee with Stevia. Imagine my surprise when I saw this similar sounding offering from Tesco. It also contains 30% less sugar and is made with a third Stevia. Of course, it's also much (MUCH!) cheaper than the branded version but is free from any arificial colours or flavourings. I've never actually tried any of the Tesco Cola drinks before but I interested to give this new one a try to see how it would measure up. The actual flavour of the Tesco Cola is very different to regular Coke or Coke Life, but I have to admit I still liked it. It has a more natural taste to it, and by that I mean I can almost taste the malt extracts and the fruit concentrates which are listed in the ingredients. I can imagine that a lot of Coke fans would hate this difference in taste, but for me it was still an enjoyable flavour in it's own right. I also couldn't tell that this Tesco Cola was a 30% less sugar drink at all, in fact it tasted very sweet to me. It's definitely sweeter than Coke Life itself and it doesn't have the same refreshing, and lighter tasting, quality that Coke Life has. 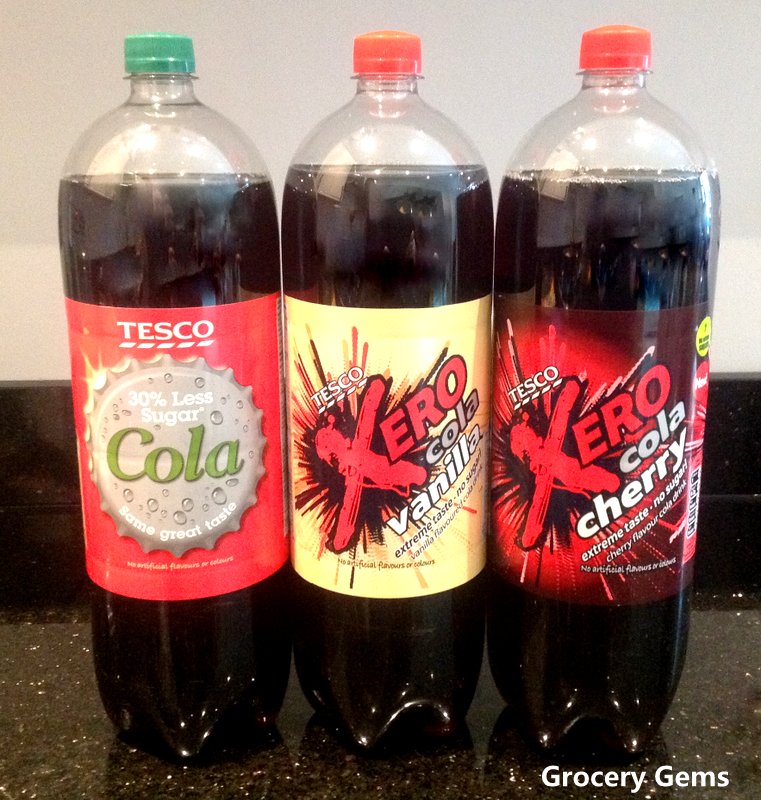 They Tesco Cola drinks were on a multibuy offer so I also picked up a few other interesting varieties; Tesco Xero Cola Vanilla and Tesco Xero Cola Cherry. I haven't had a chance to try these ones yet but I'll update on here when I have.