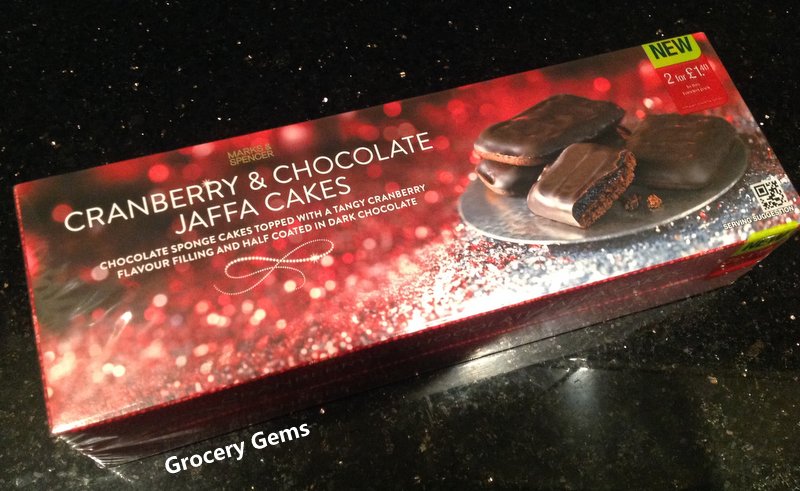 I previously posted about the new range of Christmas biscuits at M&S (see my post HERE). Even though I was tempted by the Christmas Pudding Cookies, it was always going to be this new flavour of jaffa cakes that I was going to try first. I just have a thing for unique flavours of Jaffa Cakes, and the idea of a Cranberry & Chocolate variety was enough to make me want to try these so early! 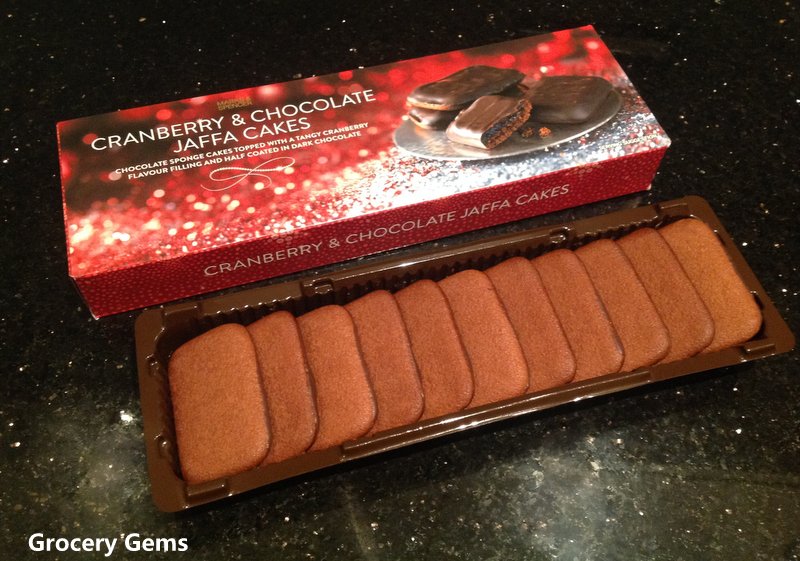 I bought these as a twinpack for £1.40. Each jaffa cake has 46 calories. They're described as chocolate sponge cakes topped with a tangy cranberry flavour filling (53%) and half coated in dark chocolate (19%). Earlier this year, M&S released a summery Passionfruit & Mango Jaffa Cake (see review HERE) which were quite disappointing, so I was interested to see how this Christmas edition would compare. 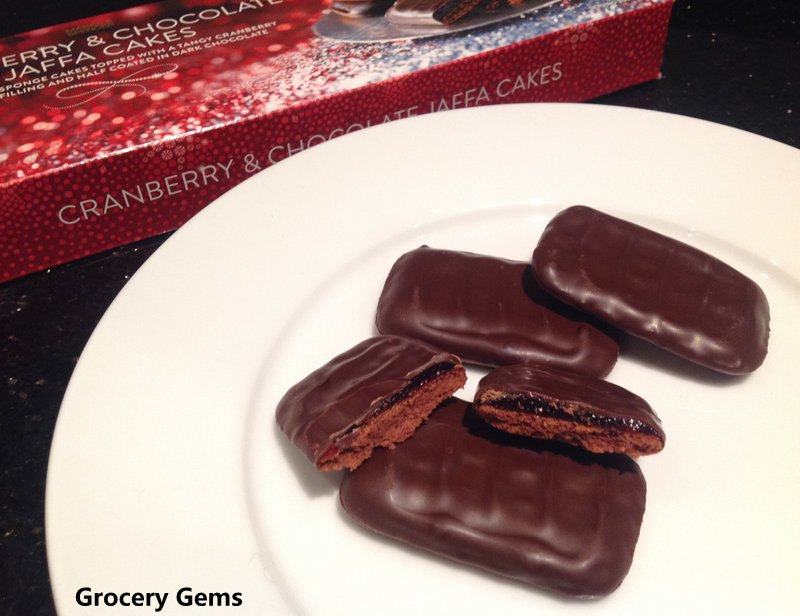 Even though the sponge is described as chocolate it doesn't have much of a chocolate flavour itself. Perhaps because these biscuits are quite thin, there just isn't enough of the chocolate sponge for it to have an impact. Of course, there is plenty of chocolate flavour already from the dark chocolate coating on top of each Jaffa Cake. The cranberry layer is made with concentrated cranberry juice and it certainly has a tangy edge to it. However, the overall effect is very much like a sour version of a normal Jaffa Cake. The actual flavour doesn't quite live up to the gorgeous sounding flavour combination of Cranberry & Chocolate, which is disappointing, but I'm still pleased that M&S keep bringing out new Jaffa Cake flavours.

Rating: 6.5 out of 10.
Buy it again: Probably not - I'd try the other biscuits in the range.
Nutrition: 46 calories each.
Vegetarian: Suitable for vegetarians.
Purchased: Marks & Spencer.
Price: £1.40 (two packs).