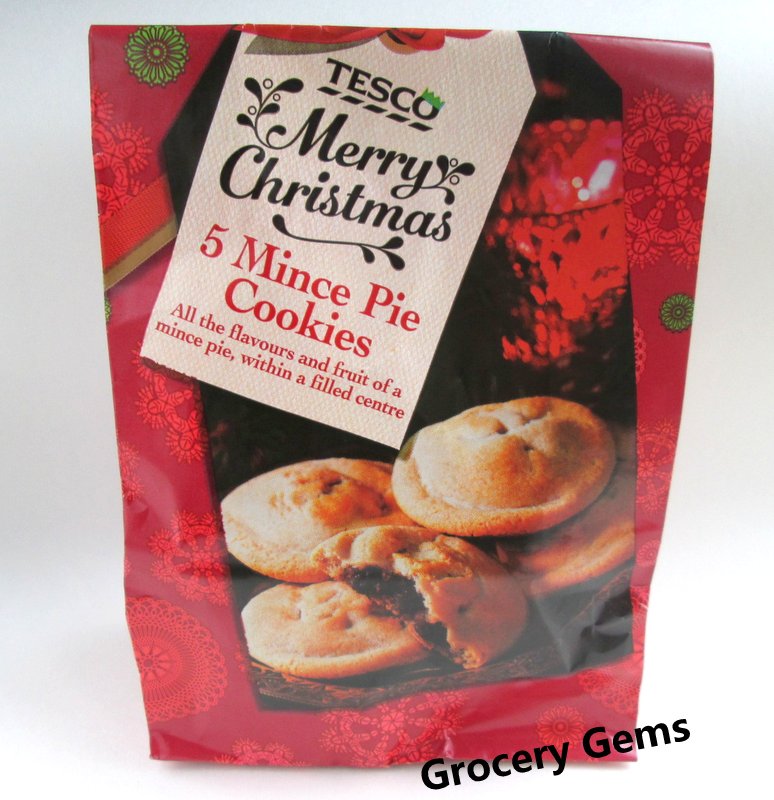 There have been plenty of bakery inspired mashups in recent years - from Cronuts (croissants and doughnuts) to Duffins (doughnuts and muffins). Following the trend is this cross between a cookie and a mince pie: the... Mince Pie Cookies. Can anyone think of a decent combination of those words? Minkies? Cookinces? It's impossible! 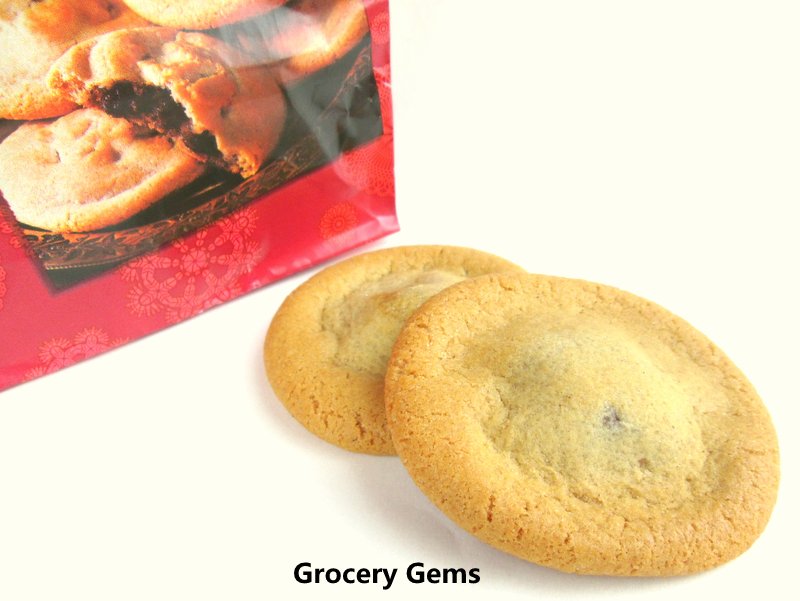 The Tesco Mince Pie Cookies can be found in the fresh bakery section. Each pack contains five cookies. 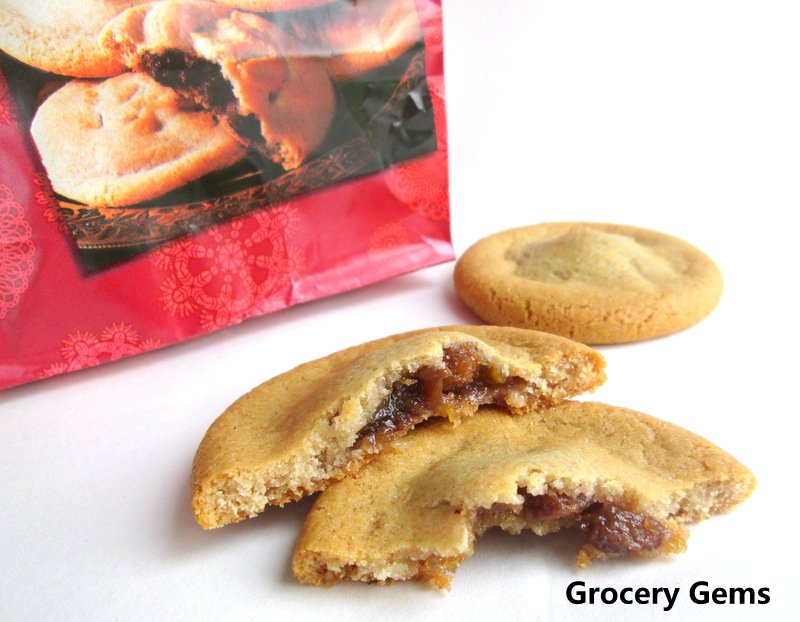 The mince pie filling is all contained within the centre of each cookie, giving them a domed appearance. The cookie itself is very similar in flavour to the other Tesco bakery cookies (like the white chocolate chip cookies without the chocolate) with a sweet, golden flavour and soft, chewy texture. The mince pie filling is quite generous, with plenty of juicy raisins within each cookie, and a lightly spiced flavour. The combination is surprisingly delicious and very moreish. Because they have a lot less mincemeat filling than a real mince pie, I found them easier to enjoy and bit lighter in flavours. I had been hesitant to buy these Mince Pie Cookies, just because half my family refuses to eat anything with raisins - but let's just say that between the rest of us there definitely won't be a problem with finishing the whole pack!