New Instore: Mini Summer Round Up 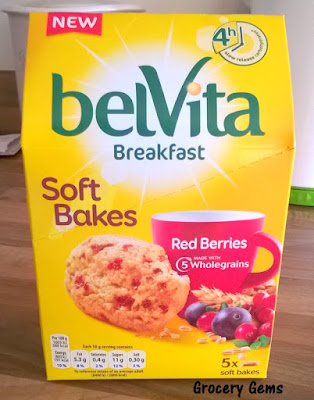 Just a very quick post to highlight some new products instore. I've been away for a few weeks but over the summer fellow new product fans have been getting in touch to send me photos. Here's a round up of what I've been missing!:


Belvita Soft Bakes Red Berries: The latest breakfast biscuit from Belvita are these Soft Bakes which are available in three varieties: Red Berries, Chocolate Chip or Golden Grain. £2.79p per pack at Tesco. 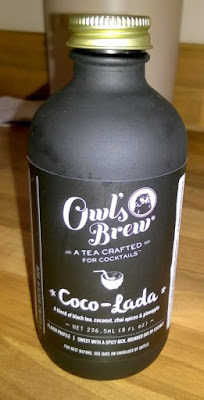 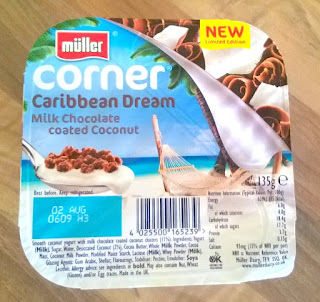 Müller Corner Caribbean Dream Limited Edition: This looks very similar to the Müller Corner Hawaiian Dream yogurt but it's actually slightly different. It's a smooth coconut yogurt with a side portion of coconut clusters coated in milk chocolate. Actually Lucy sent me this photo last month but it still seems to be available so I thought I would include it here! £0.68p at Morrisons. 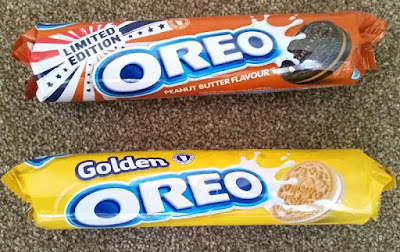 Oreo Peanut Butter & Golden Oreo: Nathan S. sent me this photo of the new UK release of Peanut Butter flavoured Oreo and Golden Oreo which were released last month. Thanks to Kirk N. who emailed me about these too - it seems from the packaging that they're actually made in Spain. I still haven't tried these yet! £0.54p at Morrisons. 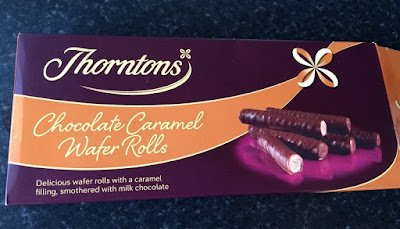 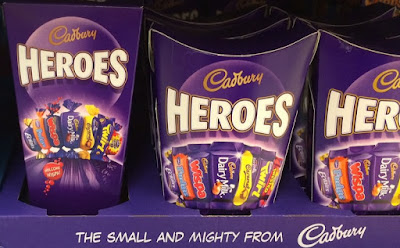 Cadbury Heroes new pack: Thank you to Luci J. for also sending me this photo of a new smaller pack size for Cadbury Heroes at 185g (shown next to the 323g size in the photo). 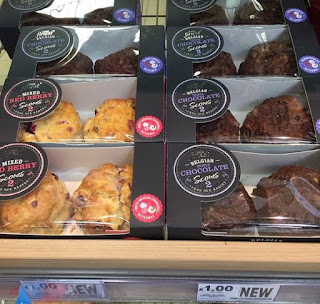 Tesco Finest Scones: In Red Berry or Triple Chocolate flavours - these look delish! Thanks to Richard W. for the photo via Twitter. £1.00p at Tesco for a pack of two. 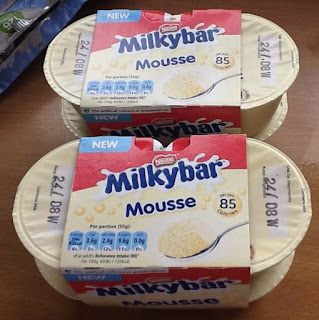 Many thanks again to Lucy, Nathan, Luci, Hazel K. and Richard W. for the photos. If you've spotted any new products instore then I'd love to hear from you - email grocerygems@gmail.com or tweet me @grocerygems.