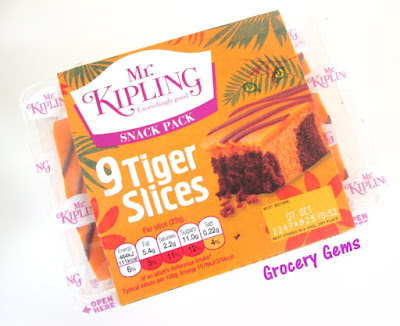 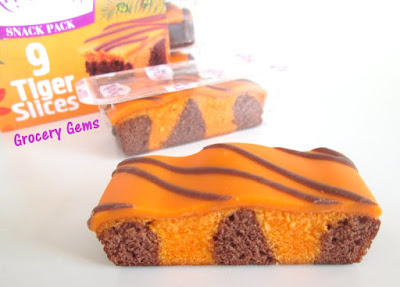 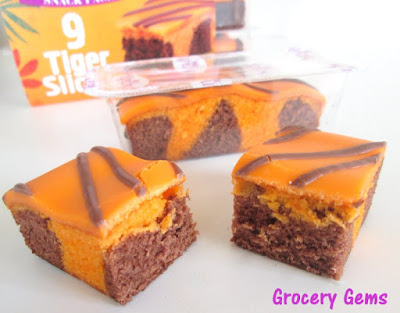 The flavour is good too, although it's a much lighter chocolate and orange flavour than I was expecting. Mr Grocery Gems even called them 'slightly bland' but as I'm not really a fan of chocolate-orange, I was fine with the lighter flavour here. The orange flavour is certainly not as strong as the recent orange flavoured Mr. Kipling Witches fancies and thankfully they're far less sweet too. The texture seemed a little drier than the usual cake slices from Mr. Kipling which I often find quite greasy, but the cake itself is still nice and soft.


Overall, even though the orange and chocolate flavours are not particularly strong, we still all enjoyed these new Tiger Slices from Mr. Kipling. Let me know if you've tried them!