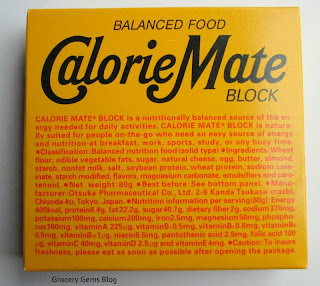 This Calorie Mate block was quite a strange one to me when it arrived in my Oyatsu Cafe parcel. The packaging is quite retro and stark looking, with lots and lots of small writing describing it as a source of nutrition and energy. I wasn't quite sure what to expect inside but it turns out that Calorie Mate is a very popular nutritional biscuit in Japan. It's often used as an energy booster or even as a meal replacement tool. Inside the block are four foil wrapped cookies, each with 100 calories and packed full of 11 types of vitamins, six types of minerals and protein, alongside balanced amounts of fat and sugar. They're available in several different flavours including; cheesecake, chocolate and fruit.

Some gamers might recognise Calorie Mate from the game Metal Gear Solid 3 in which it featured as a food item that would fully restore a character's stamina! Thanks also to some awesome adverts featuring Kiefer Sutherland in full on Jack Bauer mode, Calorie Mate has developed somewhat of a cult status amongst snackers too. 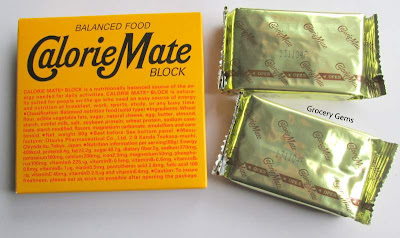 Inside the Calorie Mate box there are two gold wrapped packs, with two cookies in each pack. The biscuits look like shortbread and have a similar texture too, although it's slightly more crumbly and soft. 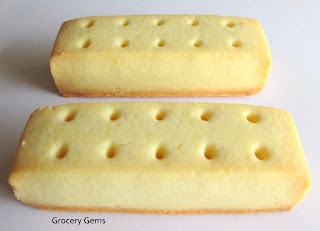 These taste very unusual on first bite, mainly because the flavour is somewhere between a sweet and savoury biscuit. There is definitely a cheese flavour in there, but it's coupled with an underlying tangy sweetness that does make me think of cheesecake. 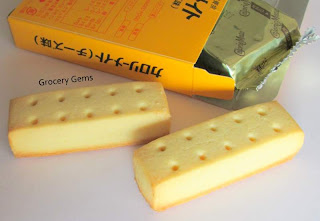 The best way to describe the flavour is as a savoury cheesecake flavoured shortbread! Very unusual but nonetheless interesting! I think the chocolate version would be a great one to try next.


Don't forget there is 15% off your order at Oyatsu Cafe if you use the following discount code:
GROCERYGEMS
This is available for all orders internationally and with no limits. See HERE for more details.

This product was very kindly sent to me by Oyatsu Cafe for review but all views are my own. I don't receive any compensation if you order from Oyatsu Cafe or use the above code.
Grocery Gems Verdict: Calorie Mate