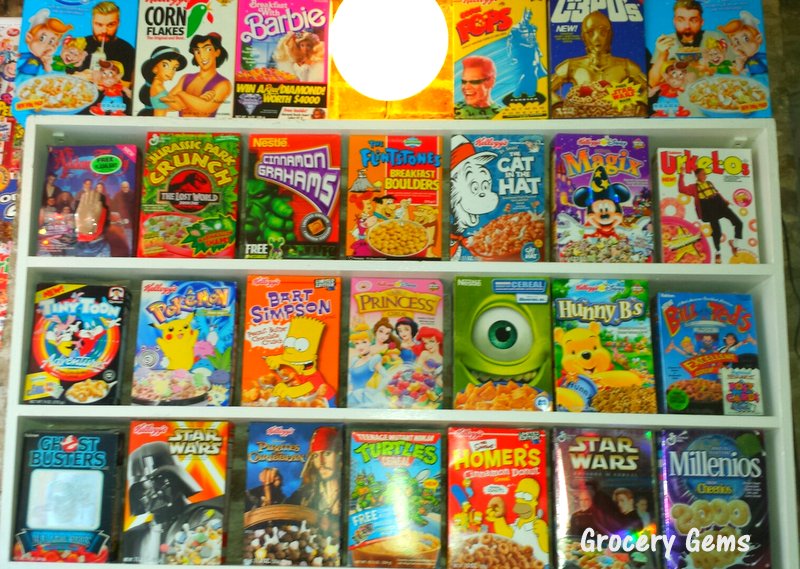 It's a popular place but we got there quite early so we didn't have any problems with queues. Even though it's only a tiny place we managed to get some seats (and practically had the whole downstairs room to ourselves). 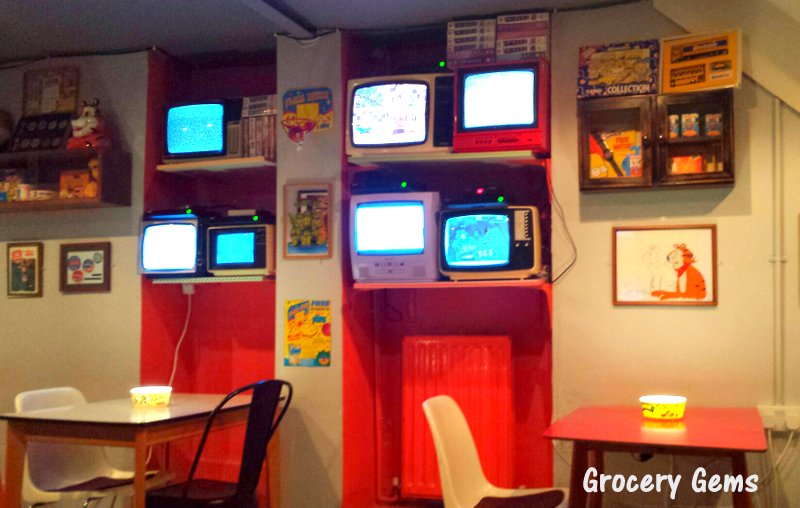 The downstairs seating area also has a wall of retro TV sets playing old cartoons (which my kids were fascinated by!). I also liked the mismatched tables which feature plastic cereal bowls that have been turned into lighting. All the walls are filled with merchandise relating to popular cereals from the past.

Anyone who was around in the 1980s will know that cereals were much cooler back then, complete with little plastic toys inside the box or coupons to collect an even better toy, like a Tony the Tiger skateboard. It was fun to visit a place that is essentially a mini cereal museum! 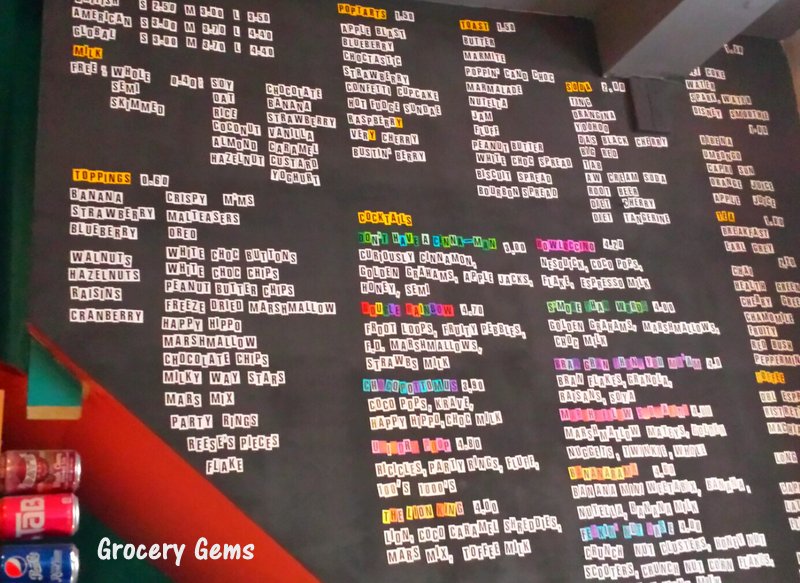 In the end we decided against the Unicorn Poop but here are the Cereal Cocktails we tried: 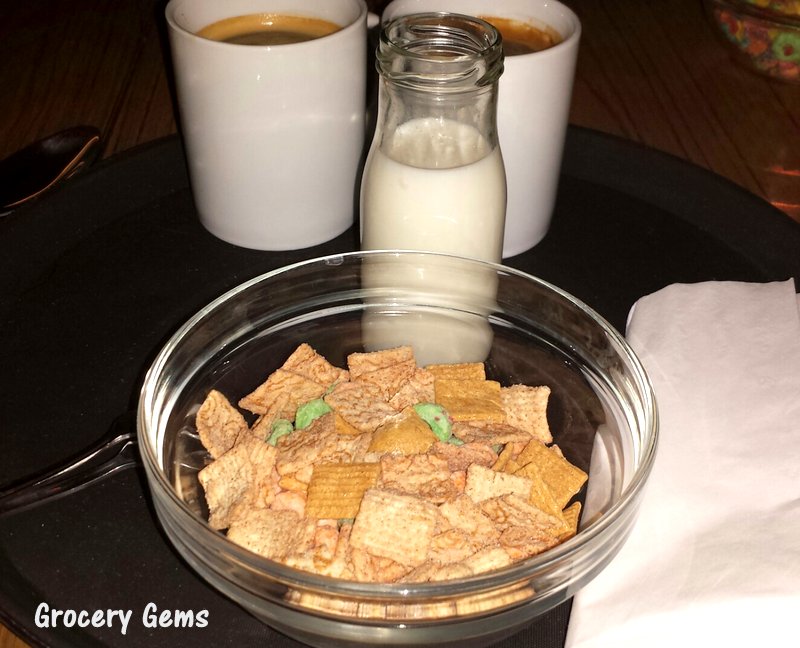 Don't Have A Cinna-Man: This was an obvious choice for the cinnamon crazy Mr Grocery Gems. It's a very enjoyable combination of Curiously Cinnamon, Golden Grahams, and Apple Jacks. 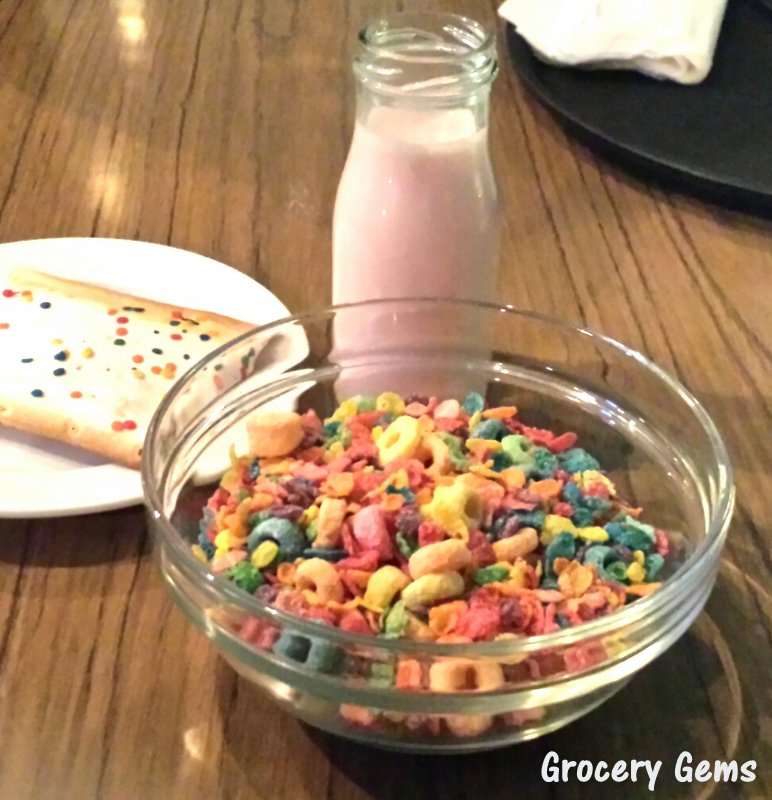 Double Rainbow: A sugar rush in the form of the Double Rainbow - good for anyone who likes American cereals and wants something that is completely different to any cereals you can get in the UK. It's a combination of Froot Loops, Fruity Pebbles, Marshmallows, and strawberry flavoured milk. 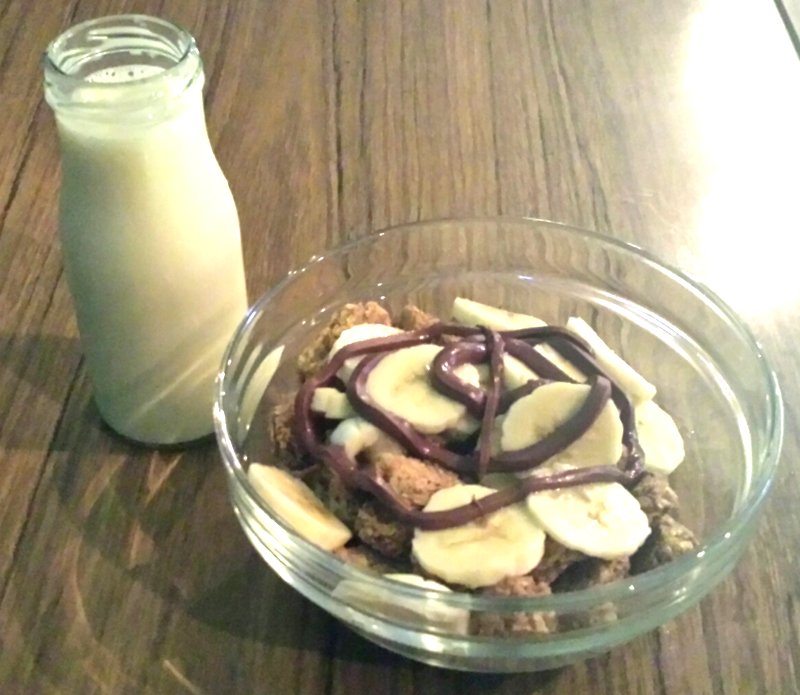 Bananarama: I immediately chose the Bananarama cereal cocktail to try - it has banana AND Nutella in a bowl so there was no contest! It's a combination of Banana Mini Weetabix, sliced banana, Nutella and banana flavoured milk. This may look boring in comparison to some of the other choices but it was just amazing! The best part is that this one is easy to recreate at home too (and yes I have done that a few times since!).

Overall, it's a great little place and I thoroughly recommend a visit if you're in the Shoreditch area. For more information check out the Cereal Killer Cafe WEBSITE.

Email ThisBlogThis!Share to TwitterShare to FacebookShare to Pinterest
Labels: Cereal, Eating Out, Restaurant