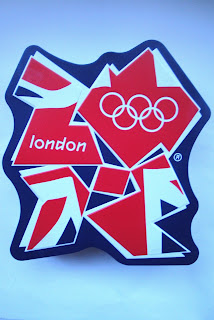 Do you remember when the London 2012 logo was first revealed and universally panned? Back in 2007 Seb Coe described it as "ambitious, interactive and youth-friendly" focusing on it's bright yellow and pink neon colours and bold design. Most of the media's and public reaction was overwhelming negative. But it seems that 5 years is just about enough time for the UK to get used to the logo and to actually like it!

This tin of biscuits from M&S takes the London 2012 logo and adds a Union Jack twist to the colours and pattern. 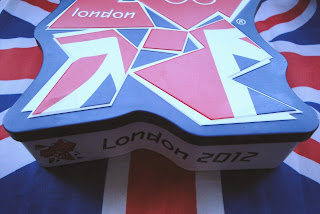 The theme is perfectly matched by the biscuits inside which are all shaped like the Union Jack flag. They are described as all-butter biscuits and I was quite surprised by how dark they were in colour. They are quite hard biscuits, the type that is perfect for dunking in a cup of tea or coffee. The flavour is very buttery with caramel undertones but I was a bit disappointed in them. I was expecting them to be more like shortbread all-butter biscuits which they are clearly not. 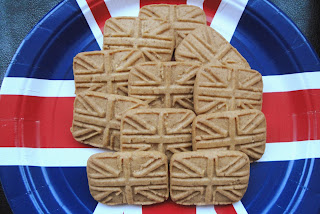 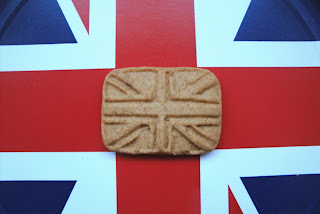 The best thing about these biscuits is how they look and I can't wait to serve them up whilst watching this evening's Opening Ceremony. They look wonderful on these Union Jack plates that I had leftover from the Jubilee celebrations! The tin makes a great keepsake too and my sons are already using it to store their Olympic drawings and small toys.

The tin costs £5 from Marks & Spencer's stores and contains 255g of biscuits in two sealed bags. There are 130 calories in each biscuit.

Email ThisBlogThis!Share to TwitterShare to FacebookShare to Pinterest
Labels: Biscuits