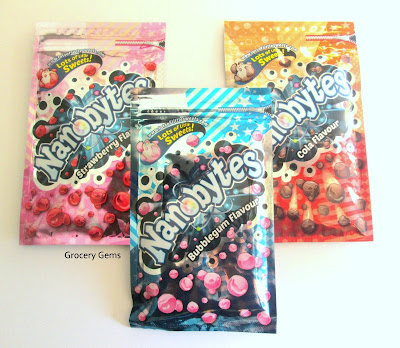 I was recently sent a selection of Nanobytes, a new range of space themed chewy sweets that are hitting the shops this month, to review. The sweets come in two pack sizes, a larger resealable 65g and a smaller "treatsize" 25g pack, and are available in three flavours; Cola, Bubblegum & Strawberry. The metallic packaging is bright and fun, very appealing to most kids - my two wannabe astronauts especially. 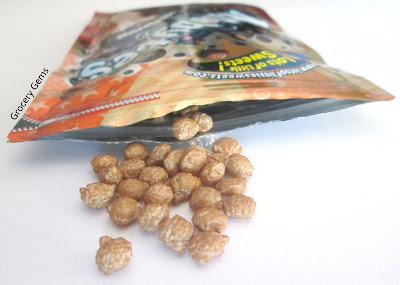 Cola Nanobytes: The Nanobytes sweets are very small so eating a bunch at a time is a must. They have a crunchy shell and a softly chewy centre. The cola flavour is lovely and very sweet, much like the real thing. There isn't any sour edge to these but the flavour does seem to build in intensity towards the end. My kids declared these as their favourite flavour (even though they like all of them). 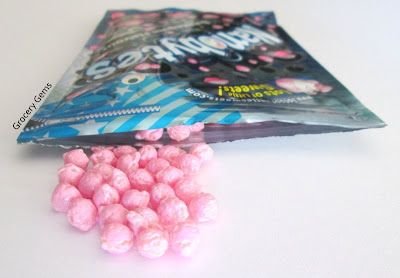 Bubblegum Nanobytes: These have the strongest flavour out of all the Nanobytes we tried. The pink colour and sweet flavour is just what you would expect from a "bubblegum" description, providing lots of juicy impact! 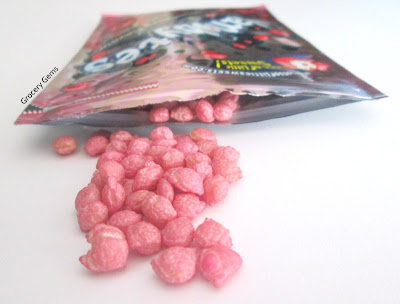 Strawberry Nanobytes: The darker pink Strawberry flavour were my personal favourite of the three. The flavour is still strong and sweet, but it's not just a traditional fruity strawberry taste. Of course it has plenty of fruitiness, but it also reminded me a bit of the flavour in pink candy floss. 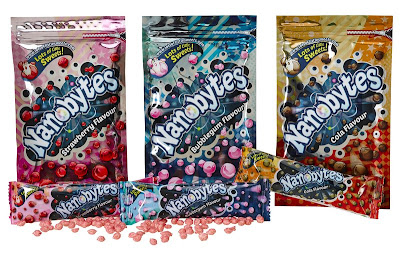 There is even a story behind these Nanobytes - some time ago, far far away in space, the sky was filled with edible planets drifting dangerously close to the stars. ‘Planet Nano’ collided with a star and exploded, filling space with lots and lots of little sweets, until Project-Nano astronauts (Nanonauts) were sent out to collect these rare, delicious sweets and bring them back to Earth for our enjoyment.

I received this product in order to write an honest review and all opinions expressed are my own.

RATING: 8 out of 10.
Buy them again?: Yes - the Cola Nanobytes especially.
Vegetarian: Yes. Also Gluten Free & GMO Free.
Purchased: Will be available from a range of stockists.
Price: £0.69p (for the larger 65g bag).