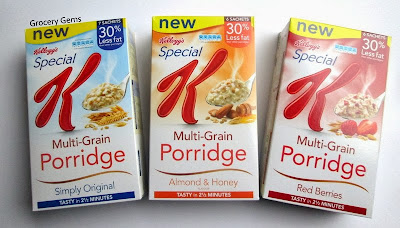 This past week I've enjoyed trying out the new range of Multi-Grain Porridge from Special K. These come in individual portions which are easily prepared in the microwave. The porridge itself has 30% less fat (compared to leading porridge brands) and is made with three grains - oats, rye and barley - making it naturally high in fibre and full of texture and flavour. There are three varieties in the range; Simply Original, Almond & Honey and Red Berries. 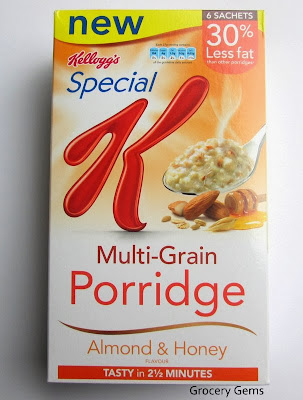 Almond & Honey: I couldn't wait to try the Almond & Honey first, the flavour combination seemed the most intriguing to me. The ingredients listed are natural honey flavouring and almond pieces (2.5%), along with the whole oats, barley and whole rye.  The almond pieces give the porridge a very satisfying and slightly crunchy texture. The flavour of the porridge mainly consists of the sweet honey, which is not too overpowering, and works well with the subtle flavour from the almonds. 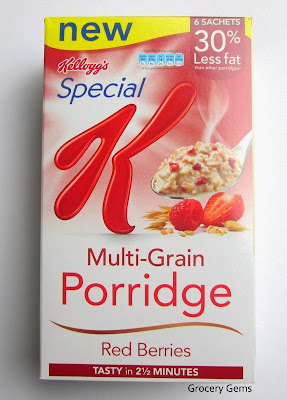 Red Berries: Special K is well known for it's Red Berries cereal so I was interested to see how it would translate in a porridge. Here it contains the same type of freeze dried fruit (strawberries and raspberries) found in its original cereals, which have a slightly tart but sweet flavour. The combination with the porridge is absolutley delicious and was ultimately my favourite of the three - it's perfectly fruity with just the right amount of sweetness. 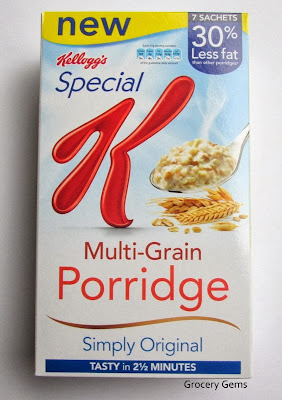 Simply Original: Even though I was intrigued by the flavoured versions, I usually eat my porridge quite plain (with just a bit of cinnamon), so I suspected that the Simply Original would be my favourite. Just like the previous two, this was super easy to make and created a very tasty and warming porridge. I found it to be quite sweet, a bit too sweet for  me, but I would still be tempted to use it as a base for adding some extra toppings.

I received these products in order to write an honest review and all opinions expressed are my own.