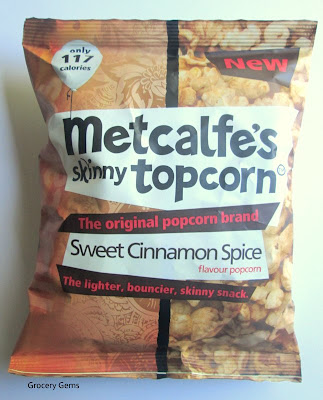 I've been wanting to try this Sweet Cinnamon Spice popcorn for some time now so I was pleased to finally find it in a local Tesco. It's not just in my absolute favourite popcorn flavour, cinnamon, but it's also a lighter version with only 117 calories in the whole bag. 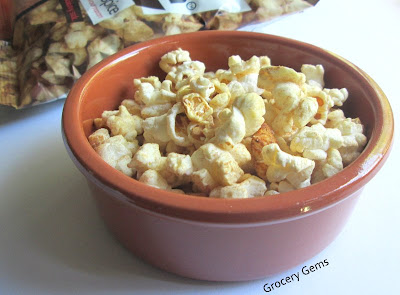 The popcorn is excellent quality with lots of light, and fluffy pieces with just the right amount of crunchiness. Each piece has a perfect dusting of the cinnamon flavouring - a combination of cinnamon, sugar and cream. I loved the sweet flavour of the cinnamon, it's not too spicy or overly strong - it's just delicious. I have no idea why cinnamon is such an underused flavour in mainstream popcorn (in the UK), but it's a real shame since it's such a great combination. It works brilliantly here in the Metcalfe's Skinny Sweet Cinnamon Spice and I'll definitely be buying it again in the future.