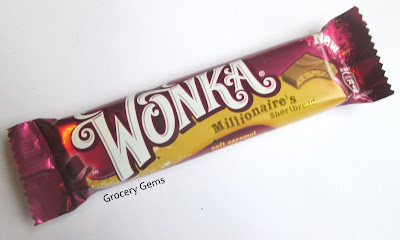 It probably doesn't say a lot about the new Wonka bars that they have been sitting in my review box for quite a while now, especially considering my kids are the biggest fans of the Charlie & The Chocolate Factory books and films (yes, even that Johnny Depp one!). There are two bars in this UK resurgence of the Wonka brand; Millionaire's Shortbread and Chocolate Nice Cream. 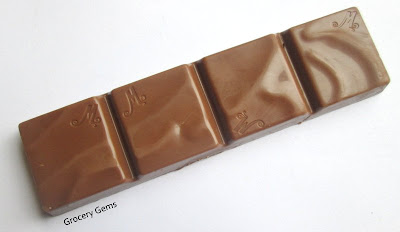 It's not the most interesting looking chocolate bar, especially considering what Cadbury has been up to with it's Marvellous Creations and Winter Wonderland bars. The Wonka Millionaire's Shortbread has a scrolly letter Ws in random corners and a slightly uneven swirly look, but that's it. Not something that stirs my imagination. 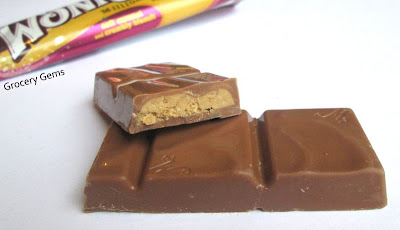 Inside however it does get downright bizarre. Even though it's described on the front as being a combination of soft caramel and crumbly biscuit, there is definitely no soft caramel in sight. The Amazing Invisible Caramel! Genius - Willy Wonka would be proud. The flavour itself is actually quite nice, with lots of small crunchy biscuit pieces. I enjoyed their sweet buttery flavour with the caramel undertones and creamy outer chocolate. 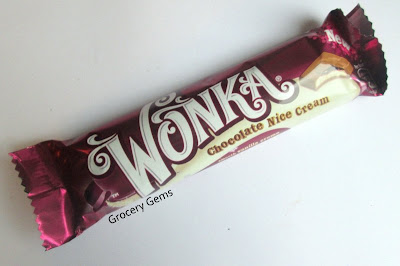 From the outset the Chocolate Nice Cream seems like the most interesting of the two bars. It's described as a smooth vanilla creme topped with chocolate sauce. It's certainly more akin to what I can imagine rolling off the Wonka factory production line - an ice cream in chocolate bar form. 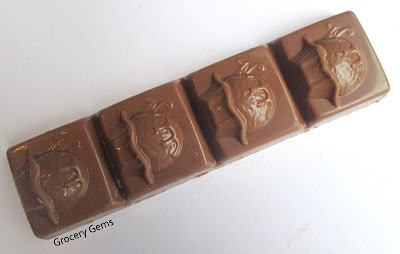 It also looks like slightly more thought has gone into the design of this bar, with it's scoop of ice cream in a... is that a pie dish? Anyway, it looks odd, but in a good way! 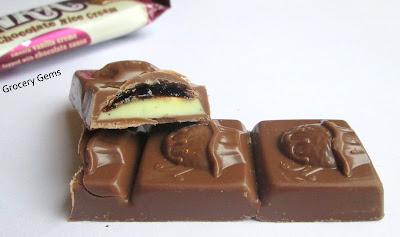 Fortunately there is no sign of any missing sauce in this bar, there is clearly a layer of vanilla cream and chocolate sauce as described on the packaging. Unfortunately, this bar is nowhere near as tasty as the Millionaire's Shortbread. The vanilla cream is nice enough, but the chocolate sauce layer lets it down. It's very syrupy with a super sweet chocolate flavour that just overpowers the rest of the bar. 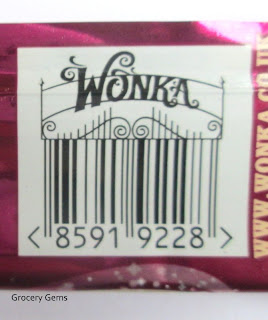 I couldn't resist including this photo of the back of the packaging - possibly the most innovative part of all. It's a cute touch that the barcode looks like the gates to the Wonka factory!