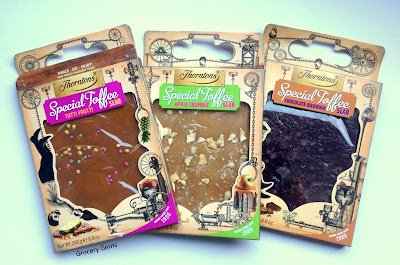 There are quite a few foods (and drinks) associated with Bonfire Night, but one of the most well known is Bonfire Toffee. Traditionally this was made from black treacle and was often supplied with a little hammer to break up the hard toffee slab. These days toffee apples seem to be more wide available than toffee slabs so I was happy to be asked to sample some of the new Nostalgia range at Thorntons. It includes three flavours of Special Toffee Slab; Tutti Frutti, Apple Crumble and Chocolate Brownie! 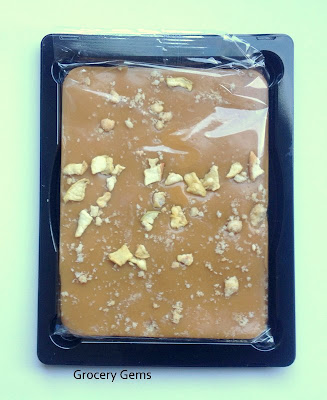 I couldn't wait to try the Apple Crumble flavour first, no doubt because of the Toffee Apple association, it just seems like an ideal pairing for a toffee slab. The slab itself looks very appealing, there are plenty of dried apple pieces on the top, and a sprinkling of the crumble. The apple scent was immediately inviting, and I couldn't wait to get smashing and tuck in! 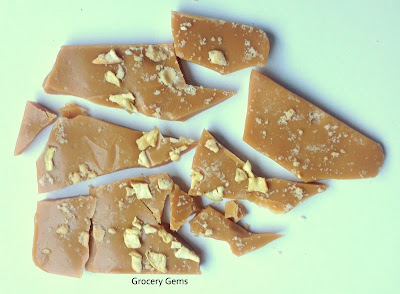 Believe me I had a LOT of fun whacking the toffee with a hammer to break it up! The toffee itself had a gorgeous texture, not too hard, but with a decent chew and a lovely soft melt. There is a strong apple flavour running throughout the toffee, not just in the apple pieces. It's quite a fresh tasting tangy apple flavour, so it provides a lovely counterbalance to the sweetness of the toffee itself. It's a satisfying combination, and I especially loved the full on apple flavour! 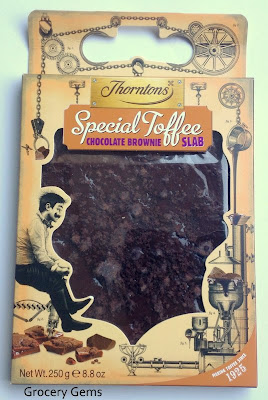 The Chocolate Brownie toffee slab is quite unusual but looks fabulous with it's dark glossy colouring. The bits on the top are "chocolate biscuit crumble pieces" rather than brownies but the whole thing does look very effective as a chocoholics treat. 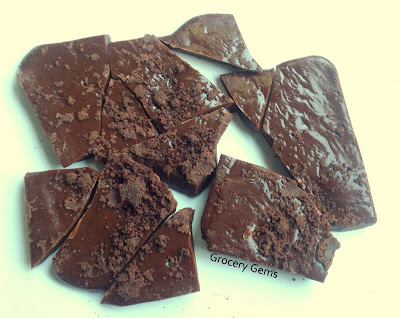 I found this toffee much harder in texture than the previous Apple Crumble, even though it was at room temperature. I would recommend breaking (or rather whacking) this one up into smaller pieces that can be eaten directly, rather than attempting to take a bite out of a piece - you have been warned! The flavour is impressively chocolately, much more so than I was expecting, and once it starts to melt in the mouth provides a gorgously intense chocolate flavour. The rich, almost dark, chocolate flavour melts to reveal the deliciously buttery flavour from the toffee. 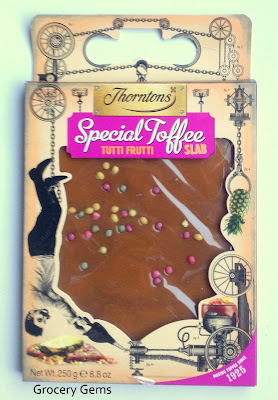 There is also a Tutti Frutti flavour available. It's described as a tutti frutti flavour toffee decoarted with coloured tutti frutti flavour fudge pieces. I'm mainly saving this one to enjoy tonight with our fireworks but I've had a quick nibble and it has a distinctly tropical fruitiness. The flavour is mainly of a sweet pineapple with some added citrus zestiness. It's completely unique and I'll update with some more photos soon!

This is a fabulous range of toffee slabs from Thorntons. I loved the traditional feel and quirkiness of the packaging, which captures the essence of the nostalgia theme. (Look out for the fun "Key to Toffee Making Machine" on the bottom of the boxes!). They're perfect for Bonfire Night and many other nights too :)

I received these products in order to write an honest review and all opinions expressed are my own.