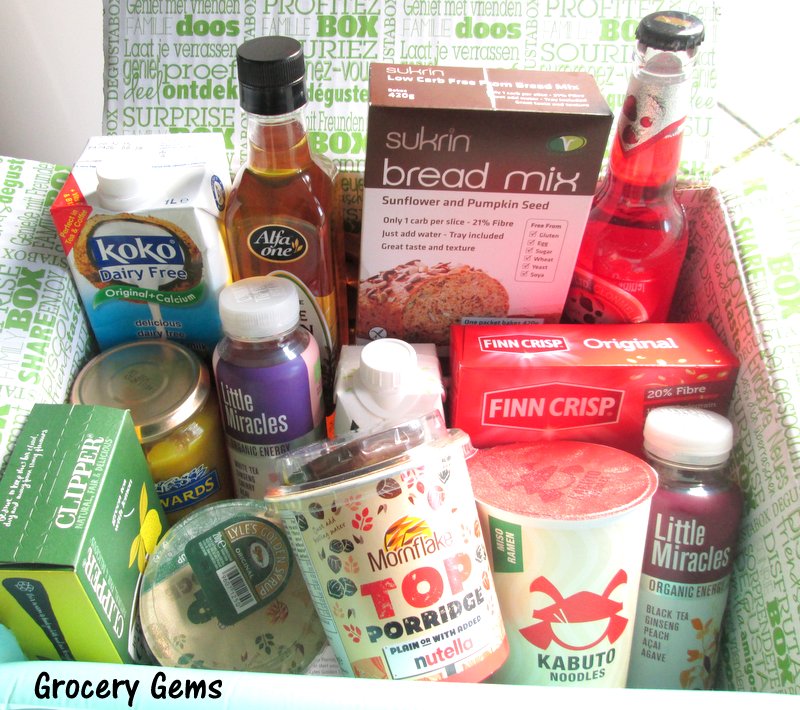 January's Degustabox arrived yesterday and it's fittingly called the "January Healthy Box". Thankfully it's still full of interesting products from a selection of different brands - clearly healthy doesn't have to mean boring. If you haven't seen my previous posts, Degustabox is monthly foodie subscription service that is guaranteed to be filled with a mix of foodie surprises from new and established brands.

Each Degustabox costs £12.99 a month, which includes delivery. There is no fixed contract involved and you can cancel at any time. Degustabox have kindly provided my readers with the following Discount Code for £3.00 off your next Degustabox, bringing the cost to £9.99 delivered. Simply enter the code - MTAFQ.

Here's a quick round up of all the products I received in the January Degustabox: 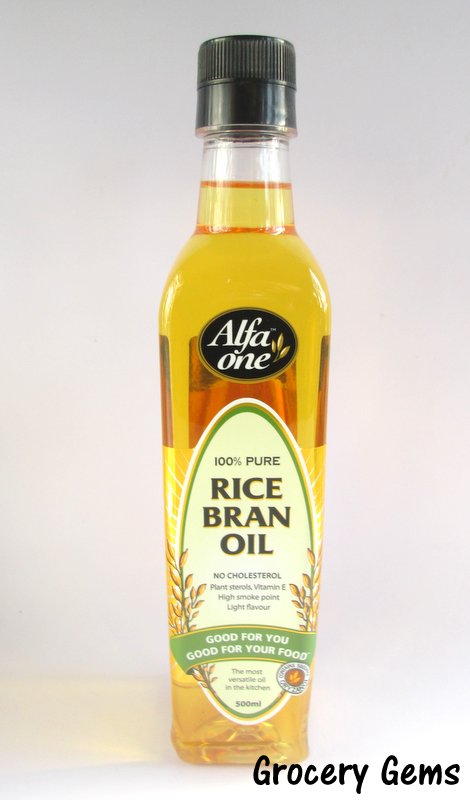 Alfa One Rice Bran Oil: A versatile cooking oil which is full of natural antioxidants such as Vitamin E. It also contains a naturally occurring plant sterol, Gamma Oryzanol, which has been shown to reduce cholesterol absorption. I like trying out different types of oils when cooking and I'm sure this will Rice Bran Oil be very useful in the kitchen. 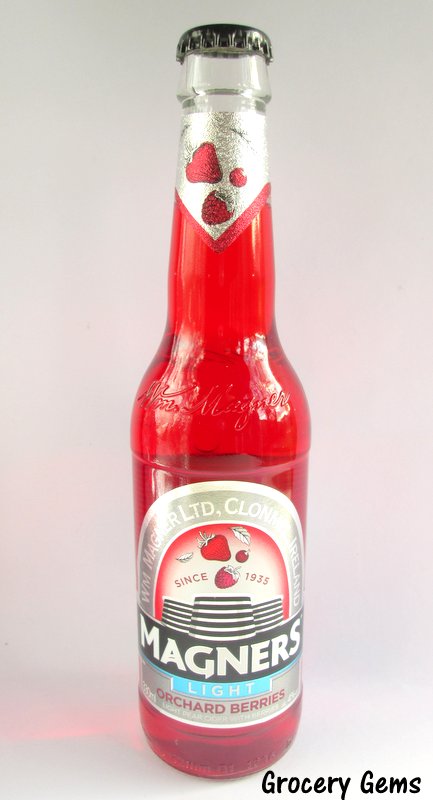 Magners Light Orchard Berries: The premium Irish Cider brand has launched a new range of fruity flavours for its low calorie cider range; Magners Light. At 103 calories per bottle, Orchard Berries Light is the first new flavour to be released and is available at Tesco (in 4 x 330ml packs). 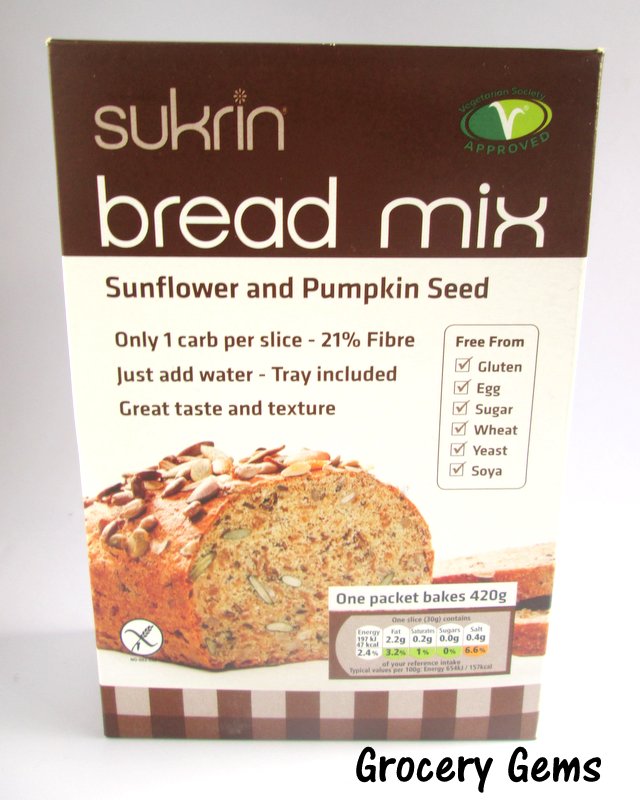 Sukrin Bread Mix: This is an interesting product - a Sunflower and Pumpkin Seed Bread Mix which is free from gluten, egg, sugar, wheat, yeast and soya. Each slice is made up of only 1% carb and has a great fibre content at 21%. I like the fact that is can be used as a base for other bread products such as pizza bases, burger buns and tortilla wraps. I'll  look forward to giving this easy to use bread mix a try! 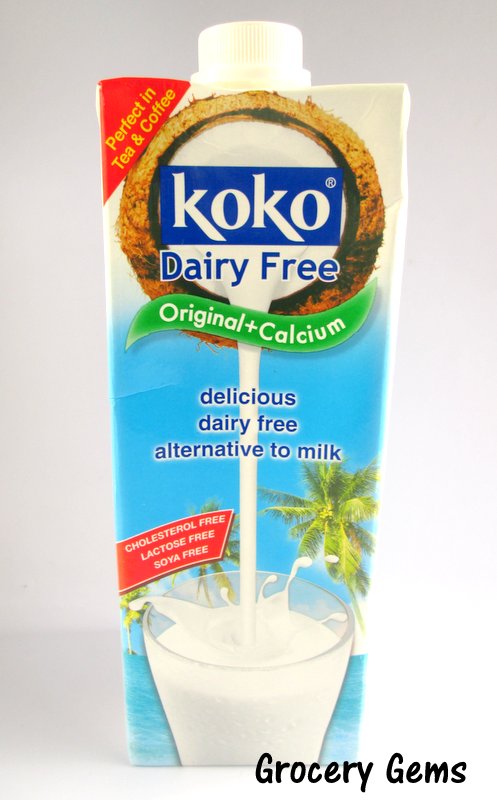 Koko Dairy Free: This is already a product I buy quite often (I tend to go dairy free for cereal and coffee). Koko is an alternative to dairy milk made from freshly pressed coconut milk. It contains fewer calories than skimmed milk, and has 0% cholesterol. It also doesn't curdle in tea or coffee which is a real plus. 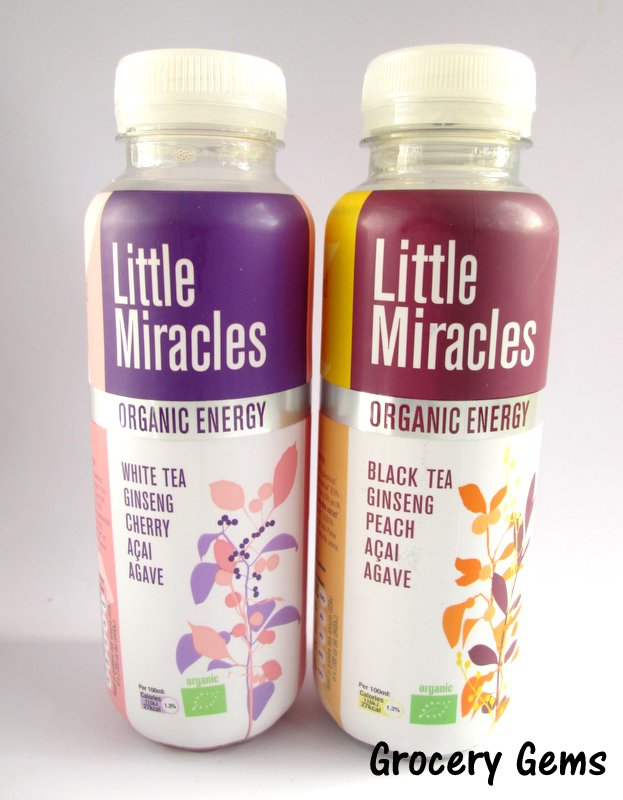 Little Miracles Organic Teas: Little Miracles is a blend of organic tea, juice, and ginseng drinks that are sweetened with agave. They are free from artificial colours, flavours or sweeteners. Degustabox have featured the Little Miracles range before and I really enjoyed the flavours I tried previously. There were two Little Miracles drinks included in the January Degustabox; a White Tea  with Cherry and a Black Tea with Peach. 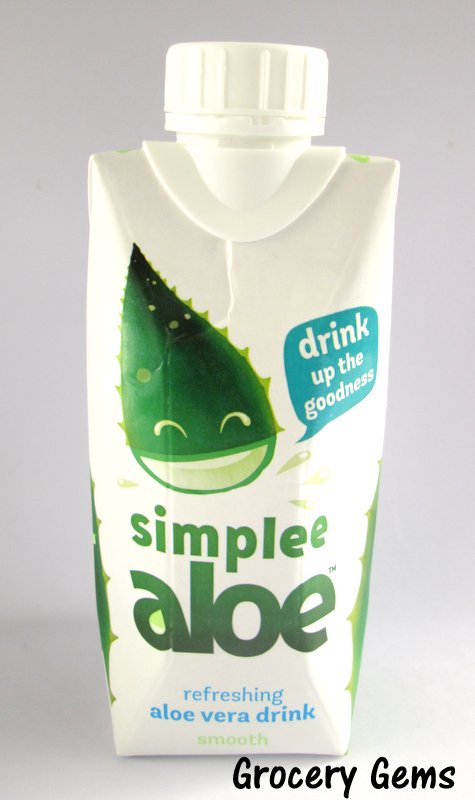 Simplee Aloe: A blend of aloe vera and grape juice which is made used ethically sourced ingredients without any artificial colours or flavourings. Each 330ml "Grab & Go" carton has less calories than an apple. I've tried Aloe Vera drinks before and enjoyed them, but they've always been flavoured versions. It will be interesting to see how this "Simplee Aloe" drink compares. The range is available at Sainsbury's, Whole Foods Stores and Japan Centre. 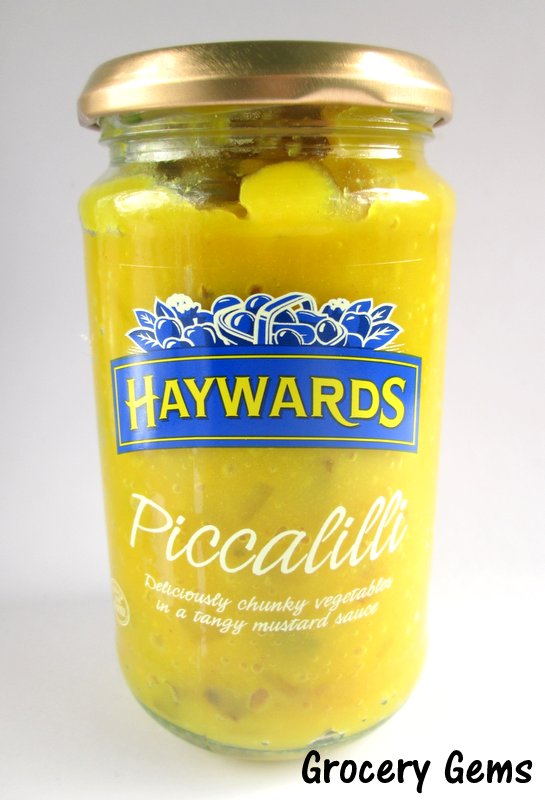 Haywards Piccalilli: I have a confession to make: I've never tried Piccalilli before, which is strange, especially considering how much I like pickles (and mustard!). I can imagine this would have been great at Christmas time as an accompaniment to cold meats, but luckily it's also recommended for sandwiches, burgers and BBQs. Either way, I'm sure we will get plenty of use out of this Piccalilli and I'm already a fan of the Haywards range after trying their Hot & Spicy Pickled Onions recently. 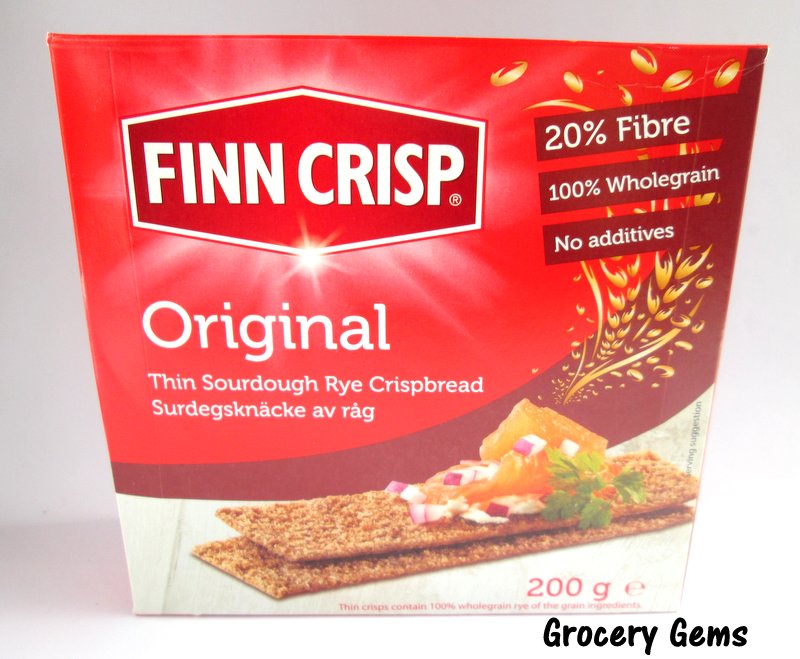 Finn Crisp Original: Another product that I buy fairly regularly. The Finn Crisp Sourdough Rye Crispbreads have only 22 calories per slice and are made from wholegrain natural ingredients, making them rich in fibre, vitamins, minerals and antioxidants, and low in fat. 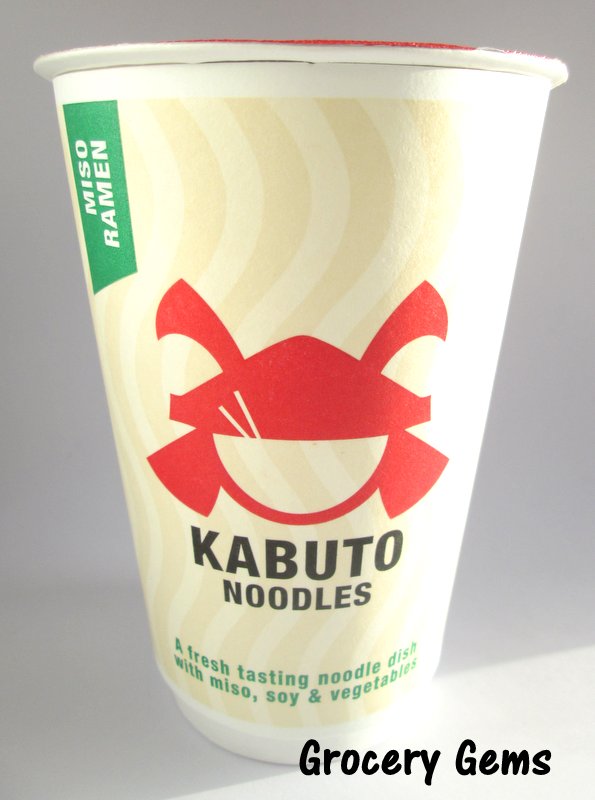 Kabuto Noodles: I've always wanted to try the Kabuto Noodles range so I was delighted to find a pot in the Degustabox. Unlike other mainstream noodle pots, Kabuto Noodles are made with authentic Asian flavours and quality ingredients. It's described as a "fresh tasting noodle dish with miso, soy and vegetables". I'll update once I've tried it! 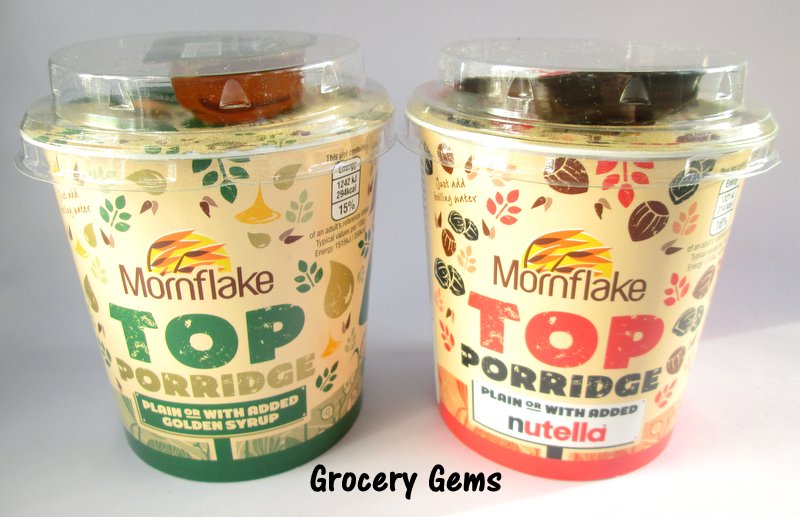 Mornflakes Top Porridge Pots: Nutella Porridge!! Without a doubt, the highlight of the Degustabox for me, are these individual porridge pots from Mornflakes. They are available with additional portions of sweet treats on top in either; Lyles Golden Syrup or Nutella. Yes, that's real NUTELLA. 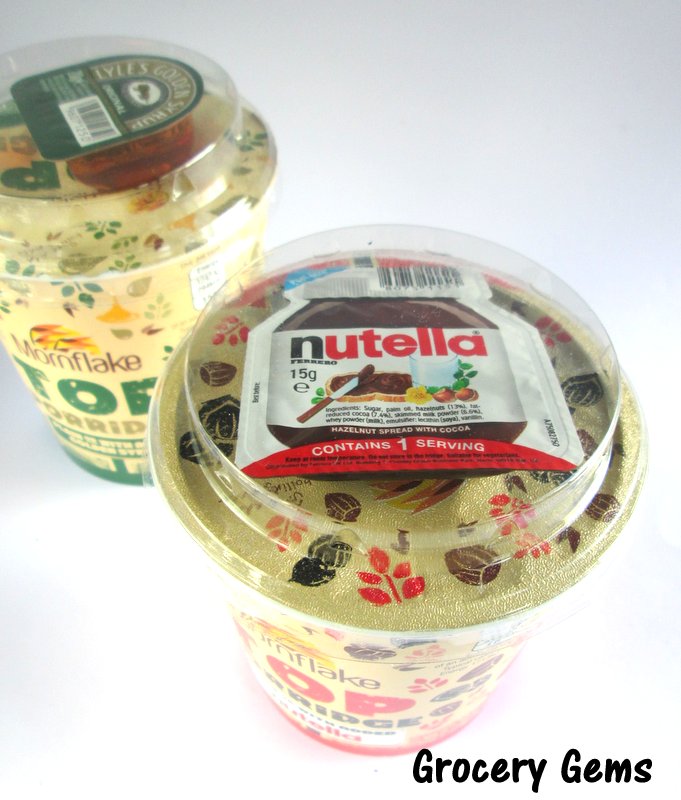 It's such a brilliant idea! I've honestly never added Nutella to porridge before but I'm more than happy to give it a go. These cute pots are available at Waitrose. 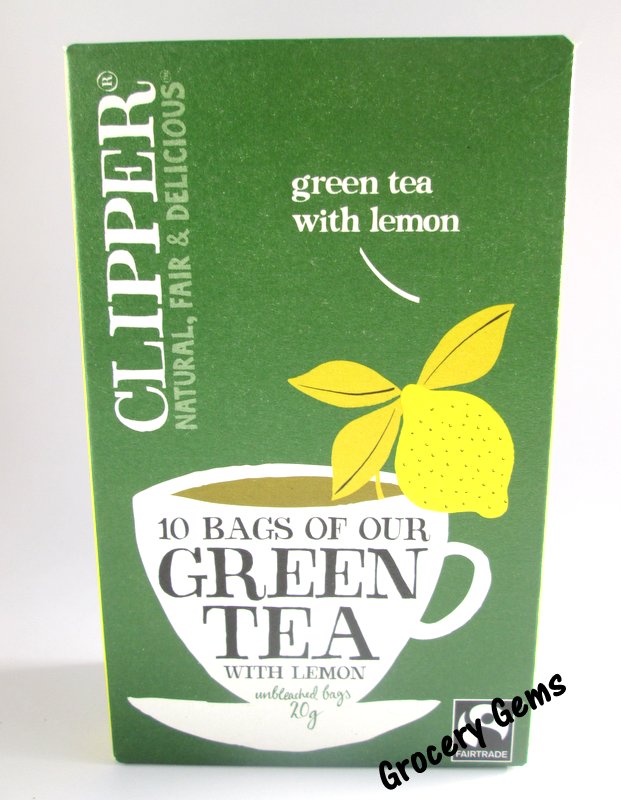 Clipper Green Tea: Included as a special free gift is a sample pack of 10 bags of Clipper Fairtrade Green Tea with Lemon. We're currently drinking a lot of green tea at home (and at work) so this will be very useful for us.

Overall, I was pleased with the healthier selection in the January Degustabox. I'm sure there will be plenty of chocolates and savoury snacks in the future, but for now it's great to have some more balanced treats in the box. Once again, most of the products in this months box appeal to me and are ones that I would buy and use myself, especially the Mornflake Porridge, Kabuto Noodles, Haywards, and Little Miracles drinks.

If you're a subscriber than I'd love to what you thought of the January Degustabox in the comments below.

I received a Degustabox in order to provide an honest review.
Posted by Grocery Gems at 17:09