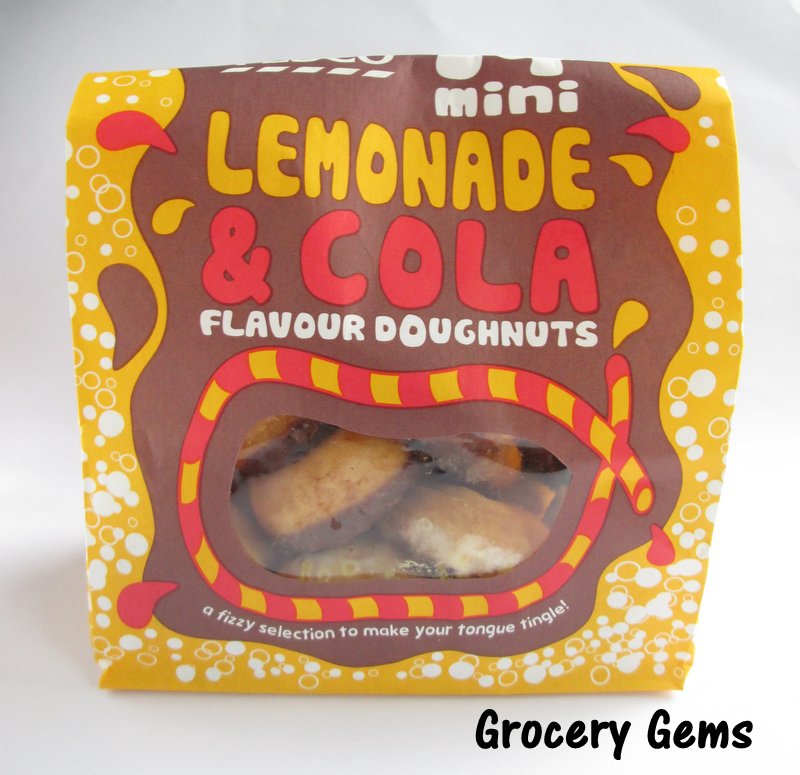 Tesco released plenty of wackily flavoured doughnuts in 2014, including Smoky Bacon Doughnuts and the most recent Turkey & Stuffing Doughnuts. I haven't tried any of those savoury flavoured doughnuts, as they just don't appeal to me at all. Even though the Tesco Lemonade & Cola Flavour Mini Doughnuts don't sound all that appetising either, I decided I could at least give this sweeter flavour a try. 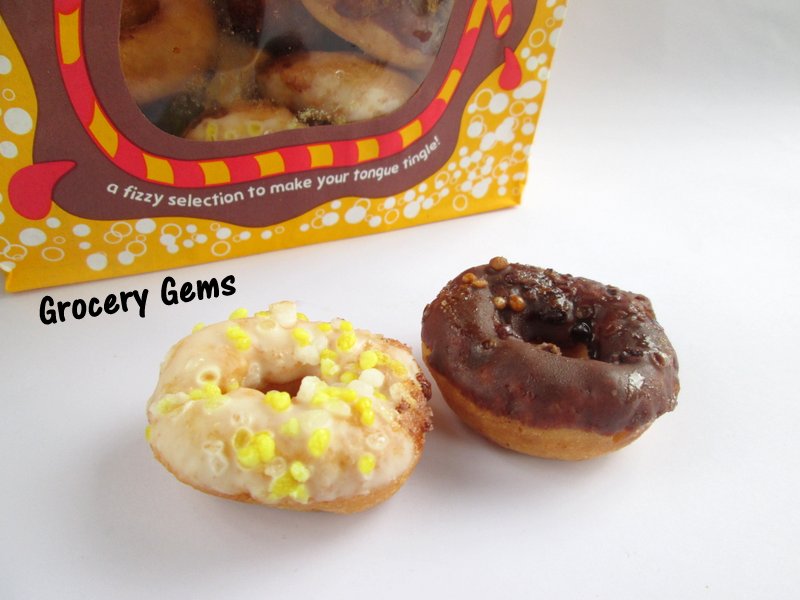 There are 10 mini doughnuts in each pack; 5 of the lemonade flavour and 5 cola flavoured doughnuts. Both types are covered with sherbet sugar sprinkles and a sticky flavoured glaze. The Lemonade Doughnuts were actually surprisingly nice with a sweet lemon flavour and with just a little fizz from the sherbet sweets on top. It's hardly a lemonade flavour at all, more of a basic lemon doughnut. The Cola Doughnuts on the other hand were unfortunately not as pleasant. The cola flavour here is quite strong but it just doesn't work well with the chocolate coating. Even with the obvious novelty value, the rest of the family agreed and I doubt we'll even manage to finish half the pack. To be fair, this was not really our type of product in the first place. If you've tried these doughnuts and enjoyed them  more then I did, then I'd love to hear from you in the comments below!