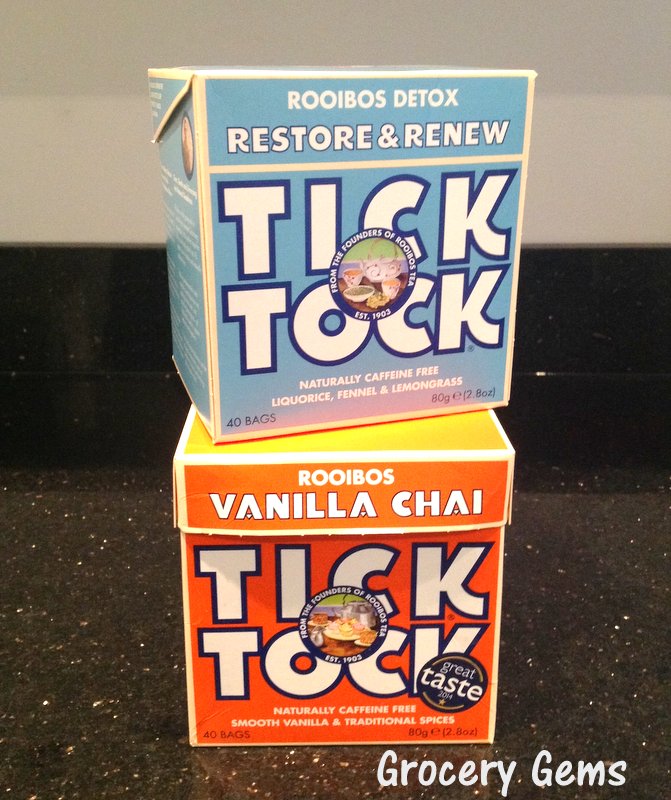 Rooibos tea is a delicious tea which grows in South Africa's Cedarberg mountains. It's naturally caffeine free and has a distinctive reddish brown colour. Unlike other herbal teas, it doesn't taste too "flowery" and can be enjoyed much like a regular black tea, with milk and sugar. I've always been a fan of Rooibos tea, and especially vanilla flavoured versions, such as the Waitrose Rooibos & Vanilla which I reviewed in the early days of my blog. The Tick Tock brand is one of the best and is easy to find in most supermarkets. I happened to spot a couple of varieties in a discount store and couldn't resist picking up some of the varieties I've never tried before; Rooibos Vanilla Chai and Rooibos Detox. 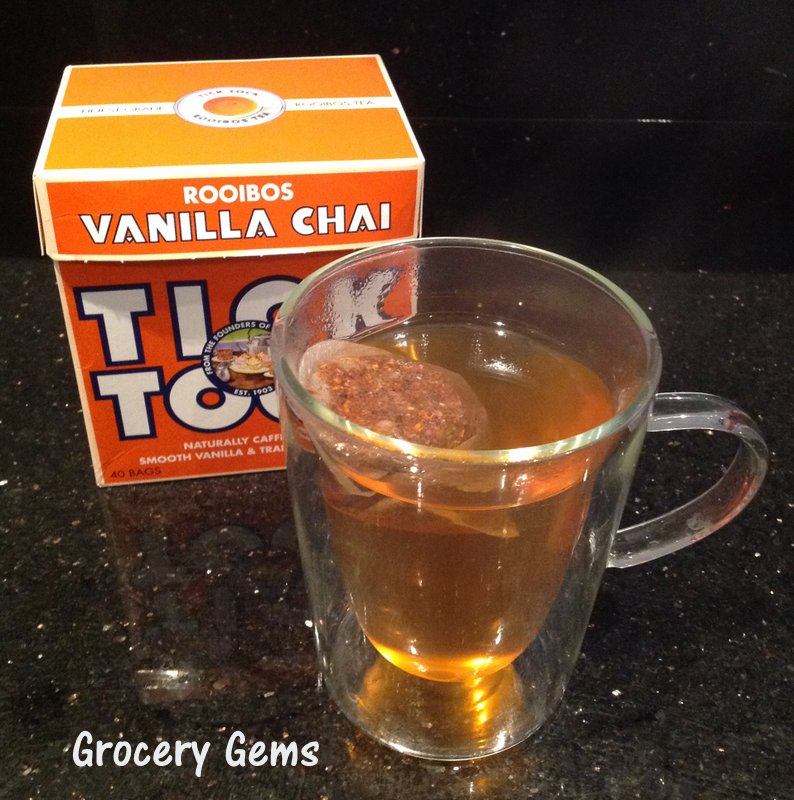 I primarily bought the Rooibos Vanilla Chai for my husband as he enjoys spiced varieties of tea. Even though I like the idea of chai tea, I sometimes find the shop bought versions to be too overpowering. Luckily, that wasn't the case with the Tick Tock Vanilla Chai, the blend of spices - cinnamon, ginger and cardamom, is delicately done so as to flavour the tea without  overwhelming it. The earthy tones of the Rooibos tea base are still evident, and so is a lovely sweetness from the natural Madagascan vanilla flavour. The spices, especially the cinnamon, just add a wonderful extra warmth and depth. 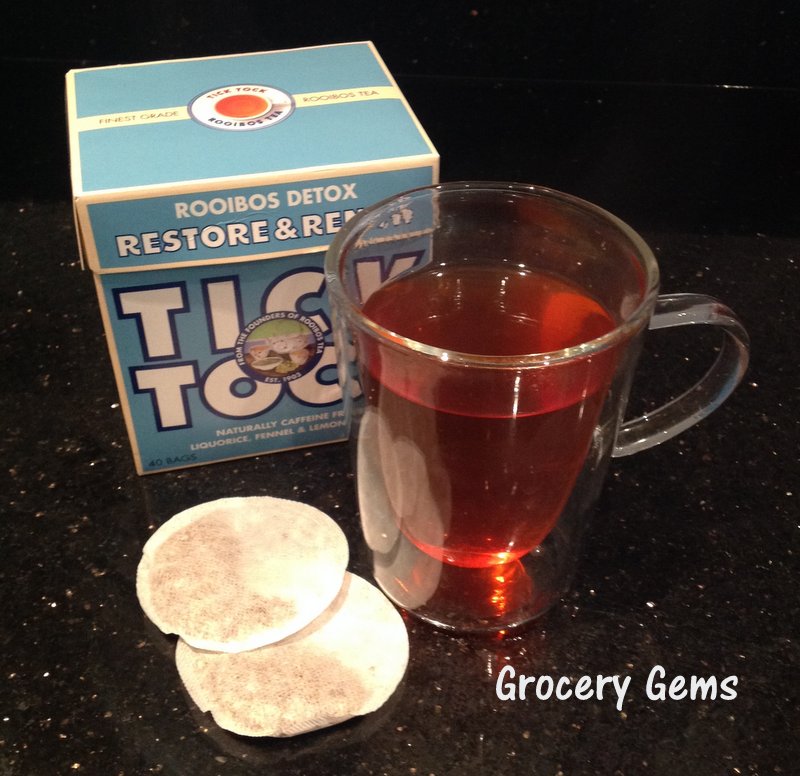 Tick Tock Rooibos Detox Restore & Renew is described as being "clean, gentle and brimming with natural goodness... it's especially blended to help you get back on track". It's a combination of a Rooibos tea base with added liquorice root, fennel and lemongrass - all traditionally used to support wellbeing and digestion. The flavours did not sound particularly appealing to me but it's actually a very pleasant blend. The overall flavour is quite sweet, from the licorice root, but it's very refreshing at the same time. The sweetness did tend to leave a little aftertaste but it wasn't too cloying or overpowering. For a so-called Detox tea this is actually very nice and I''m definitely going back to buy a second box.

Other reviews you may be interested in:
Waitrose Rooibos & Vanilla Infusion
Teapigs Winter Spiced Red Tea