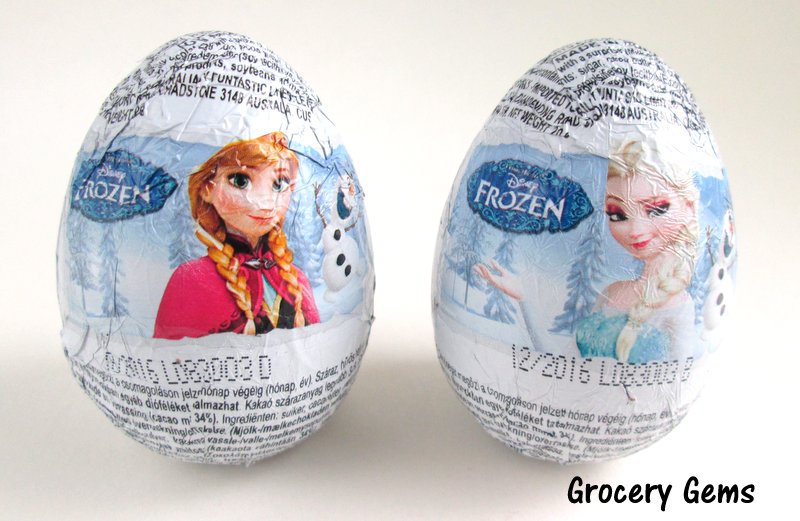 In  my Top Ten of 2014 review post a few days ago, I mentioned that it was funny how the Disney Princess Kinder Eggs last year didn't include any characters from Frozen. Then yesterday I happened to spot these Disney Frozen toy eggs in my local newsagent. They were actually labelled as "Kinder Eggs", and cost the same too, but they are actually made by Zaini, an Italian confectionery company. 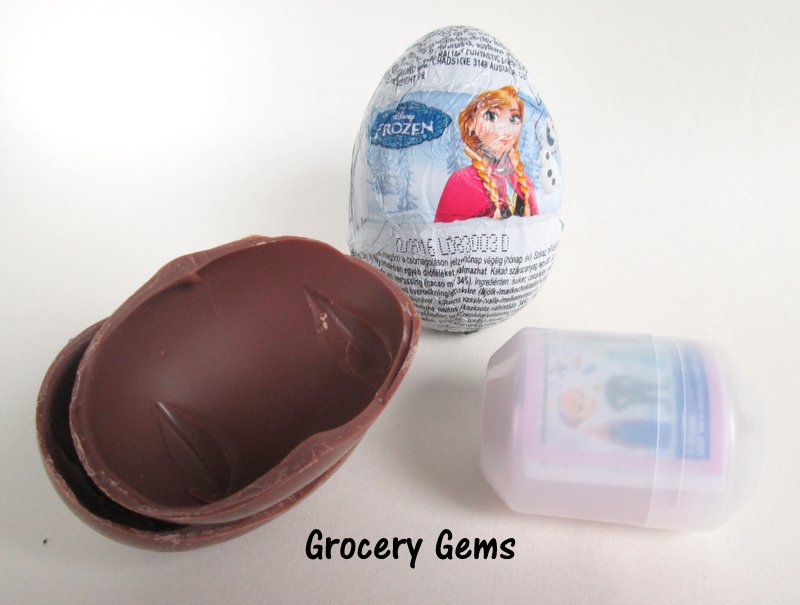 Even though I'm not the biggest fan of the film Frozen, I was still excited when it came to opening these up. The chocolate itself is a plain milk variety and is tasty enough, but it's not a patch on the creamy sweet Kinder chocolate. Inside is a white capsule with a toy and small leaflet. 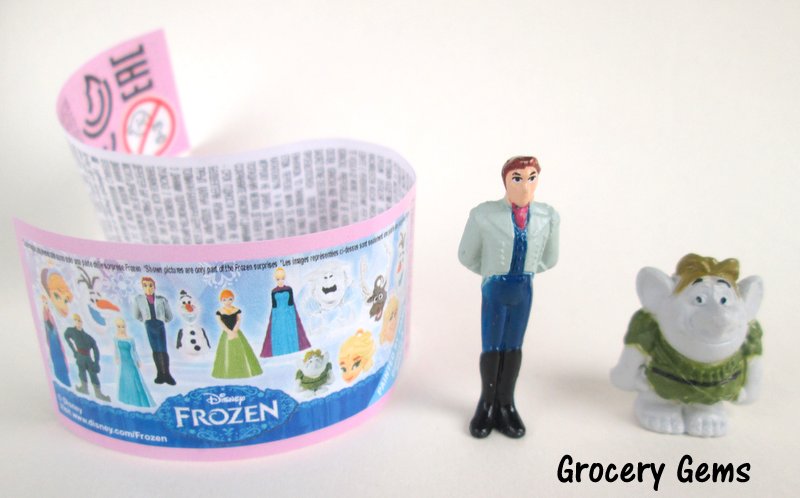 Well, I certainly managed to pick the two worst toys - Prince Hans and one of the trolls of all things! But even that's not as bad as the dire quality of these figures. Unlike Kinder Egg toys, which are usually made up of several pieces, these Frozen figures are made of one thin piece, which means they're absolutely tiny. The Prince Hans figure in particular is so one-dimensional and flat, it can barely stand up on it's own. Looking at the rest of the pictures on the leaflet, it looks like the Princesses are quite flat too. Apparently these toys are "handpainted", but it's a shame more effort wasn't put in to making the actual figures more substantial. Very disappointing and I certainly wouldn't recommend these particular eggs at the price I paid for them!

Other reviews you may be interested in:
Kinder Eggs Disney Princess & Marvel Heroes