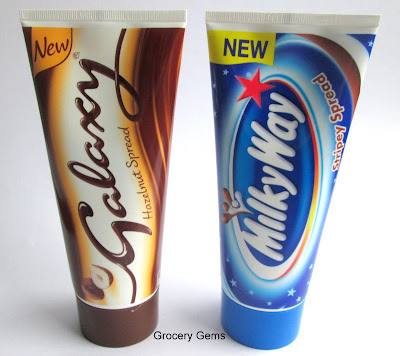 I was quite taken aback when I saw these Galaxy Hazelnut Spreads and Milky Way Stripey Spreads sitting in the chocolate spread aisle, alongside the likes of Nutella. I mean look at them - they're in TUBES! Even though they may look like toothpaste tubes (chocolate toothpaste - now that's a nightmare scenario), these are actually in much wider 225g tubes. 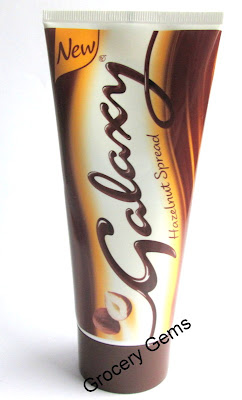 The Galaxy Hazelnut Spread is described on the back simply as a "Hazelnut Chocolate Spread" and unsurprisingly contains hazelnuts (7%) and cocoa powder (4%). 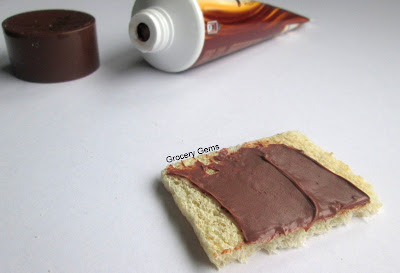 I've tried a fair few hazelnut chocolate spreads in my time and I was very impressed by this Galaxy version. It's extremely similar in flavour to Nutella, but noticeably sweeter with a softer consistency. The chocolate flavour is especially sweet, but it still has that recognisably smooth taste that Galaxy is known for. There is a lovely strong flavour from the hazelnuts too, providing a really nutty finish to the overall experience. Even though I was unsure of the tube at first, it does make the chocolate spread easy to use with minimal mess. 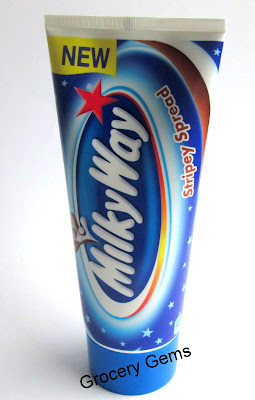 The Milky Way Stripey Spread has existed before - albeit in a jar rather than a tube. Even though it's a shame that the stripey nature of this spread isn't visible anymore, like it was with the jar, the tube has the advantage of squeezing out a perfect stripe, much like a stripey toothpaste! Kids will no doubt be enthralled by this fact! 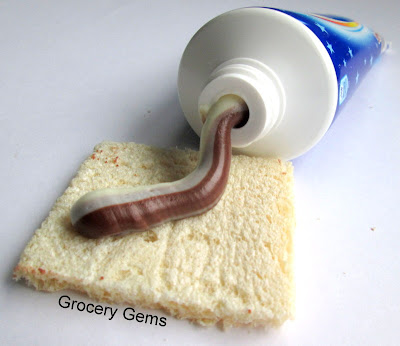 Apologies for the awful photo above, but believe me it's hard to make chocolate coming out of a tube look good! 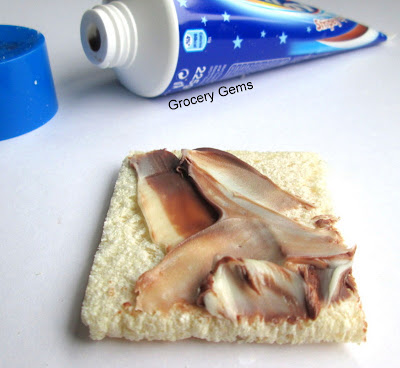 The Milky Way Stripey Spread is described as a "chocolate and skimmed milk duo spread". It works well in this tube format and does come out striped in brown and white. The chocolate section here is VERY sweet, to the point over sugariness. I much preferred the white coloured part of this spread. It has a wonderfully creamy flavour, a bit like a milky white chocolate with a sweet vanilla edge - very tasty on it's own! However the whole thing did become a bit too sweet for me once it was all combined so I can't imagine eating this very often. I'm sure my kids will love it though! :)