Walkers Ranch Raccoon Crisps (Do Us A Flavour) 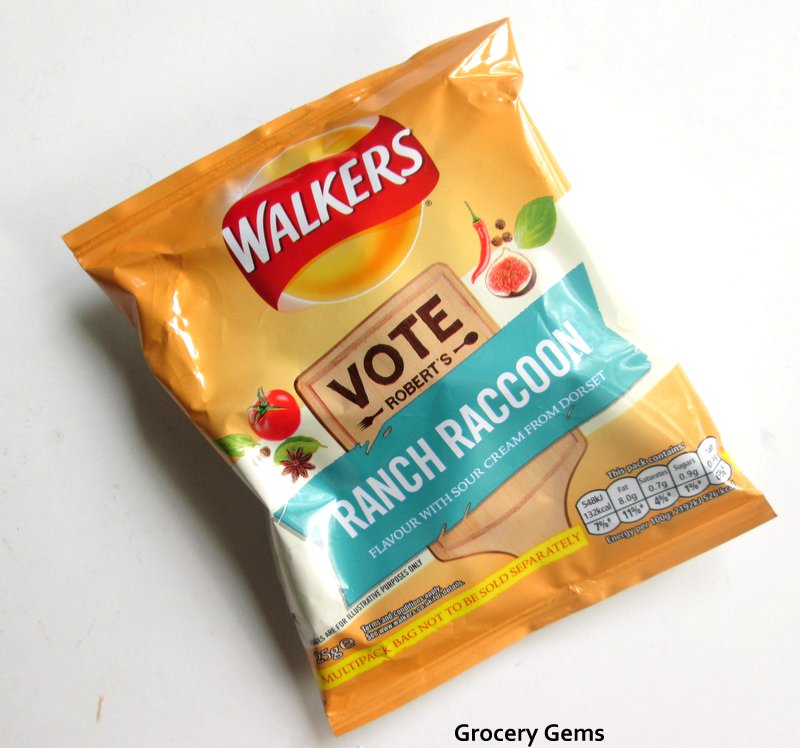 The last of my reviews for the new Walker's Do Us A Flavour promotion. There are six flavours in total in this range, all vying for the public vote to win their flavour creator a massive £1million prize. Without a doubt the wackiest of all the flavours that made the final 6 (and also by far the least appealing to me) is this Ranch Raccoon. 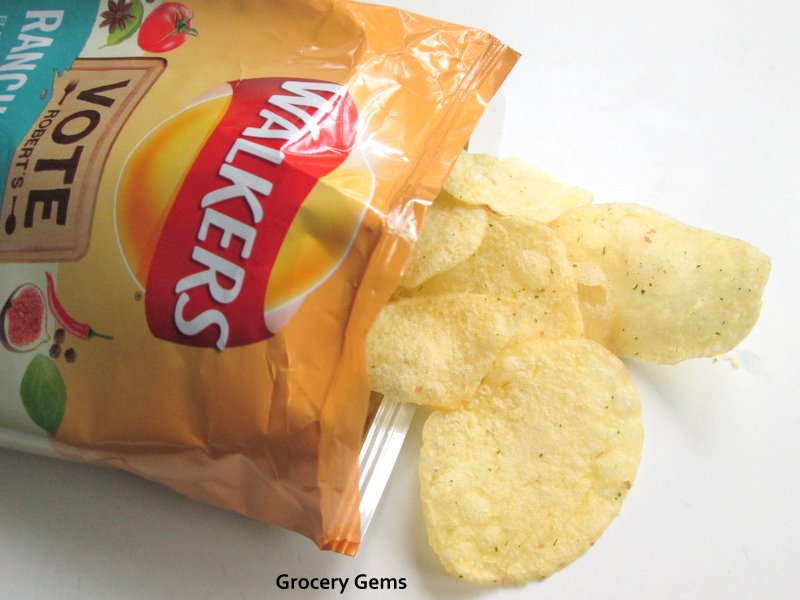 In fact this review is going to be a very short one. I couldn't eat more than one or two of these crisps - the flavour literally made me feel sick. They're disgusting! Of course, no one else in my family had this extreme reaction, although none of them liked the flavour very much either. The Ranch Raccoon crisps have a strong meaty flavour which I can only describe as tasting like over-boiled chicken, mixed with an equally horrible, heavy sour cream sauce background. The combination of the two is just retch-inducing. Perhaps it's just the idea of being raccoon flavoured which is putting me off, but since I know these are actually suitable for vegetarians, I don't think it's that. I simply couldn't get on with this flavour at all.


If anyone could stomach this flavour then please feel free to add to my limited review by leaving your own thoughts below - thanks!

RATING: 3 out of 10 (would be 0 but rest of family don't think they're as bad as I do).
Buy them again?: Never again.
Nutrition: (per 25g bag) 132 calories.
Vegetarian: Suitable for Vegetarians.
Purchased: Asda.


Price: £1.00p (for a 6 pack Multipack with different flavours from the range).

Email ThisBlogThis!Share to TwitterShare to FacebookShare to Pinterest
Labels: Walkers