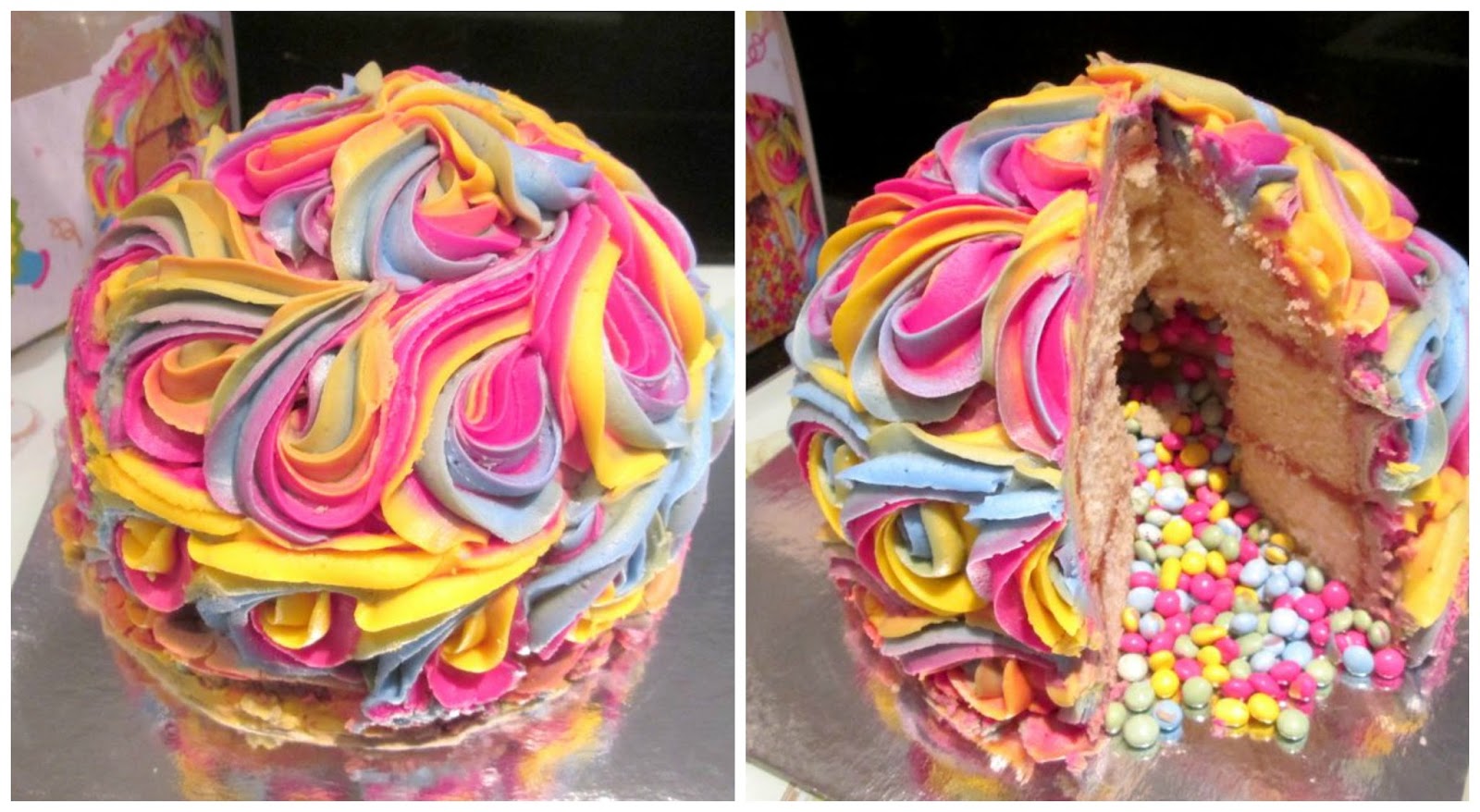 Asda has long been my favourite supermarket for party cakes, and I suspect I'm not alone in my enthusiasm - my post on Asda's celebration cake range from last year HERE has consistently been my most viewed post week after week. Not only do Asda already have an extensive range of different cake styles and themes, but they also have a habit of releasing exciting new cakes, such as this stunning new Asda Chosen By You Piñata Surprise Cake! 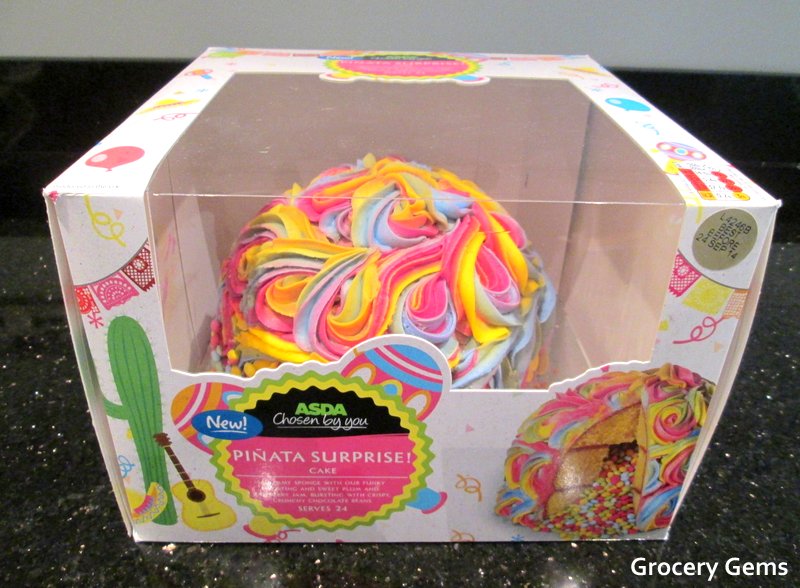 I was lucky enough to be sent the Asda Piñata cake to review and it really is as gorgeous as all the promotional photos suggested. This is a real showstopper of a cake and it's a complete bargain at only £10.00. Piñata cakes have been popular on baking sites and magazines for a little while now and there are plenty of excellent recipes online if you fancy taking on the challenge. However, I appreciate that there is this alternative for anyone who isn't so keen on baking, or let's face it, doesn't have the time to put such a cake together. 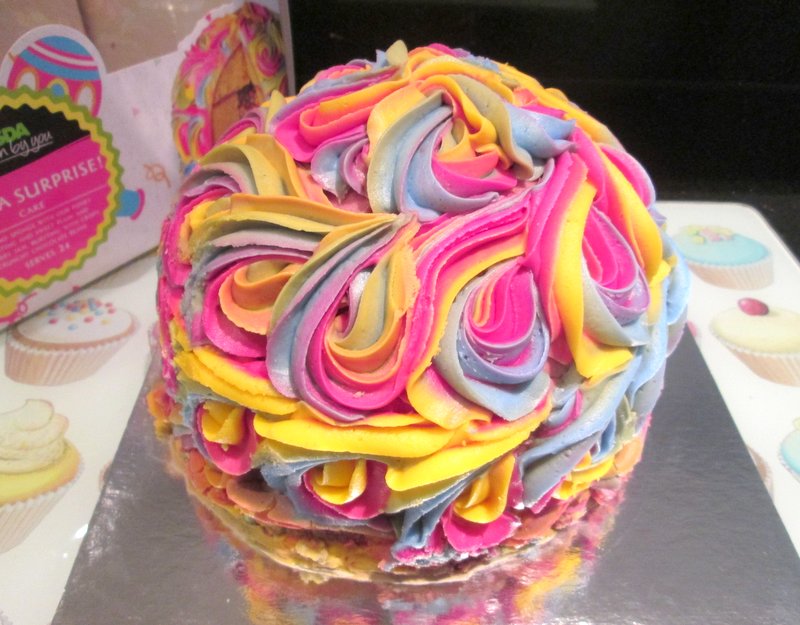 The idea behind a piñata cake is simply that it's been filled with lots of sweets in the centre, creating a wonderful surprise once the cake is cut into. The Asda Piñata Cake is fabulously decorated - I love the rainbow coloured swirls that cover the entire cake. They're so bright and appealing. 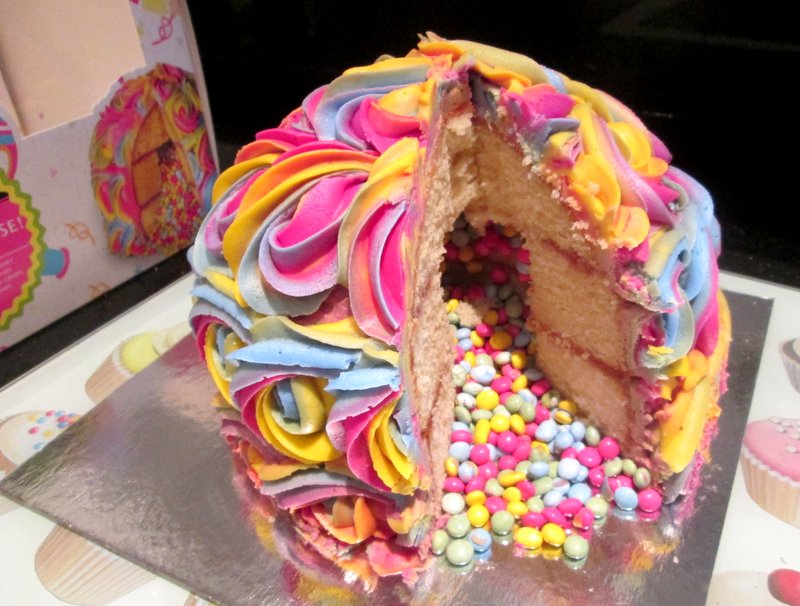 Once I cut a rather large! slice of the cake, lots of little chocolate beans were revealed. Even though I knew they were in there it was still exciting and my kids were enthralled by the whole thing. The chocolate beans have the same colour scheme as the outer icing which is a lovely touch too. 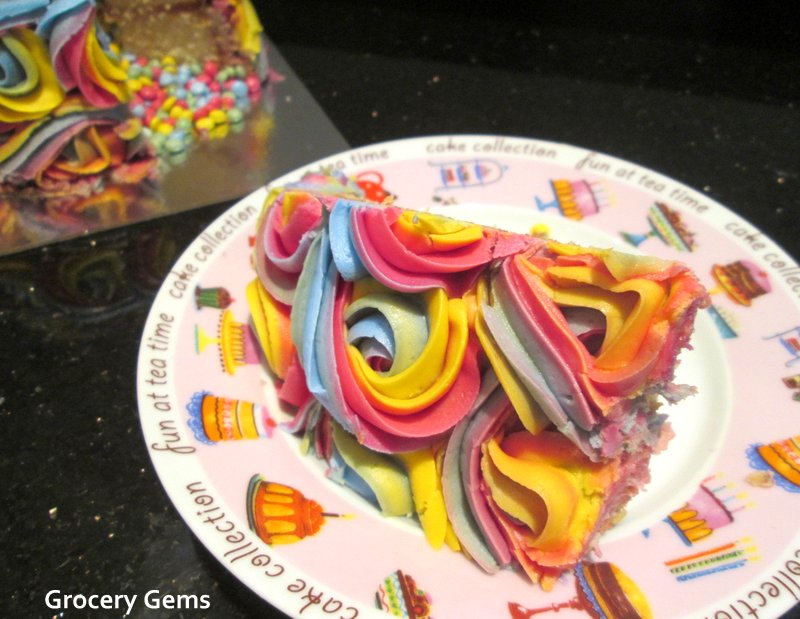 The rainbow swirls look so pretty on each slice! 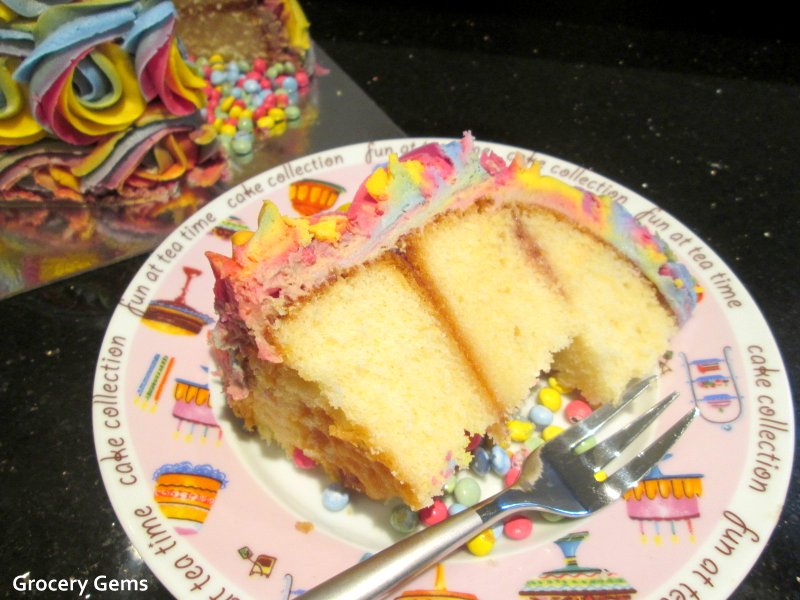 Inside the cake is a three-layered vanilla sponge with sweet plum and raspberry jam filling. There is no buttercream in between the layers but I expect that is because there is so much frosting on the outside of the cake. The cake itself is fairly simple but it's a still a tasty vanilla sponge, nice and moist with the jam adding plenty of extra sweetness. The rainbow buttercream is super sweet and thick -  perhaps a little too sweet but perfect for a celebration cake. 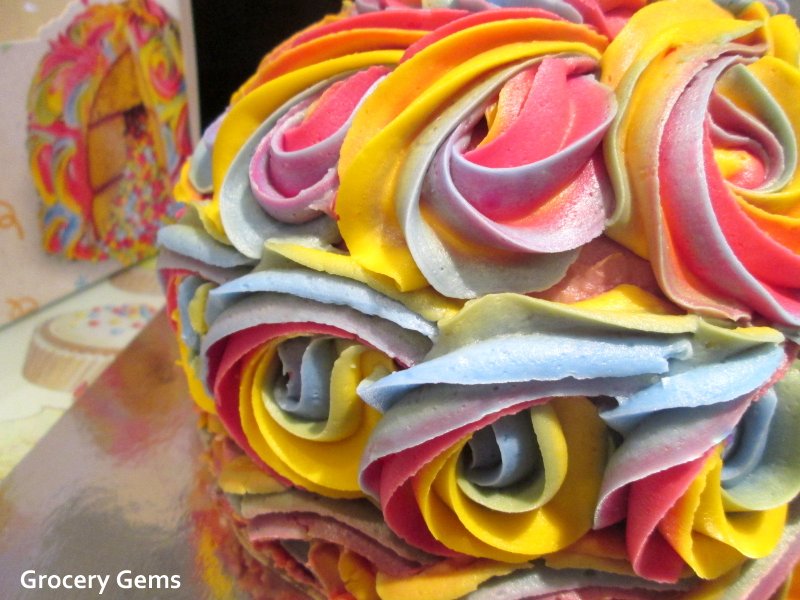 It really is a stunner of a cake, especially for the great value price. I expect it will be extremely popular and I hope it will still be around in November/December when I have lots of family birthdays to celebrate!

Products sent for an honest review.
Posted by Grocery Gems at 20:48