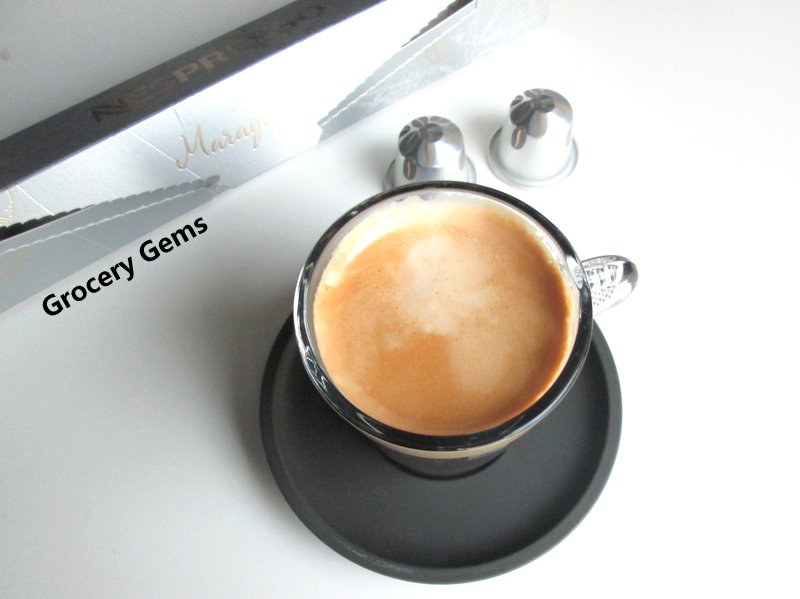 The release of this Special Reserve 2014 from Nespresso in November, somehow managed to completely pass me by. It was only on a quick pre-Christmas visit to the Regent Street Nespresso store that I spotted the distinctive silver and gold packaging of the Maragogype. When I asked the instore staff about this new release, I was rather apologetically informed that it is "very expensive". And that was putting it politely, considering the Nespresso Maragogype costs three times as much as their other varieties - at £10 a sleeve for the Maragogype compared to the average of £2.90p - £3.50p a sleeve. 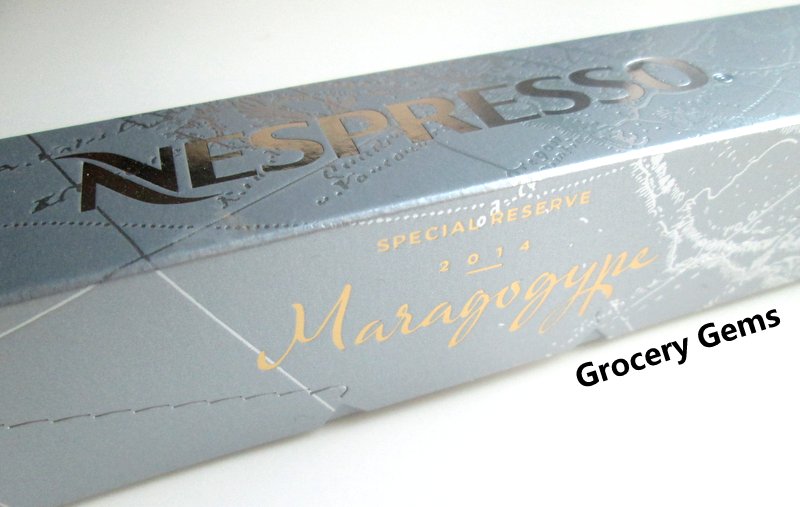 The reason for such a high price for only ten coffee capsules? Well, Nespresso describes this Special Reserve for 2014 as being composed of the finest specimens of an extremely rare and precious coffee variety - the Maragogype. Named after a town in Brazil, this coffee plant is twice the size of regular coffee plants and has a much smaller yield compared to other coffee varieties. Hence the Maragogype is less profitable for farmers to grow, thus adding to it's scarcity and position as a highly coveted variety known for it's delicate and sophisticated taste. Nespresso say they have sourced the best Maragogype beans from coffee smallholders in four different countries: Mexico, Guatemala, Nicaragua and Colombia to create this special blend. 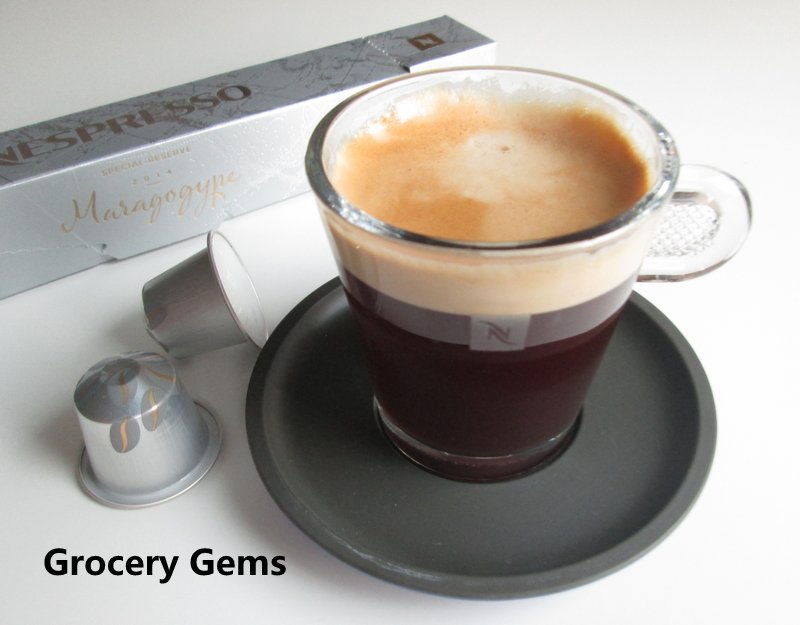 As usual, I stuck to my favourite style of Nespresso, a black lungo, in order to review the Nespresso Maragogype. I could immediately see that this blend has a richer and thicker crema that other Nespresso Grand Crus. The Maragogype is rated a 6 on the intensity scale, which at first seemed quite low, but even though the coffee has quite a strong and rich flavour, it's still very smooth and without any bitterness. This is a thoroughly enjoyable cup of coffee - perfectly creamy and satisfying. There is some acidity but it doesn't transfer into a bitter edge. However, whilst this is a very good cup of coffee, there wasn't anything particularly "wow" about the flavour. It was comparable to some of my favourites in the Nespresso range, such as the Arpeggio, rather than far exceeding them. I understand that the rarity of the beans makes this coffee more expensive, so it's worth a try if that appeals to you, but the flavour itself is very good rather than exceptional.

Nespresso have released a Special Reserve before in 2012 - the Hawaii Kona Special Reserve- which I can't compare as unfortunately I didn't get to try it. If you've tried both Special Reserves then I'd love to know what you thought of them in the comments below.