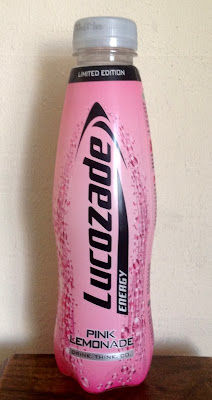 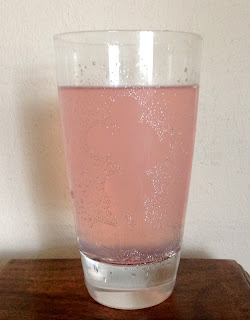 The idea of pink lemonade is very enticing to me. I remember as a child watching the scene in the Sound of Music where the Baroness drinks pink lemonade and I thought it was oh so sophisticated! Once poured I was glad to see that the Lucozade Pink Lemonade has the same lovely blush pink colour as the bottle. The drink is fizzy and very sweet as you would expect from a high glucose drink. For a "lemonade" drink it doesn't taste very strongly of lemons, which may be disappointing to lemon fans. It just has a soft fruity taste that is not immediately identifiable. The ingredients list the fruit juices (2%) as lemon, cranberry and raspberry. If you don't like your lemonade too "lemony" then this is the drink for you but lovers of real lemonade should probably steer clear.


Personally this has become my favourite Lucozade, it's just so refreshing and light. I have to admit I'm not the hugest fan of Lucozade drinks, especially the bright orange original stuff, but I can easily see myself grabbing a bottle of this Lucozade Pink Lemonade when I need a quick pick me up. There are 143 kcal in each 250ml, with each bottle containing 500ml, so it packs a fair amount of calories. Since a lot of people drink Lucozade when they are run down or recovering from illness (I know people who practically view Lucozade as medicine) then the high calories are not so bad.


Also I'm happy to announce that my Blog Award for most Bizarre Sounding Ingredient goes to Lucozade Pink Lemonade for the following ingredient: GLYCEROL ESTERS OF WOOD RESINS. I had no idea such a thing existed.


I bought the Lucozade Pink Lemonade in Sainsbury's for £1.15. Do let me know what you think of this drink by leaving a comment.