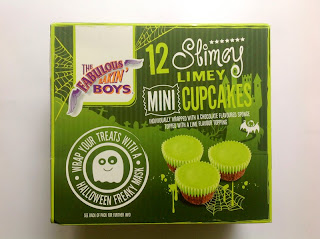 There are quite a few Halloween cakes to choose from at the supermarkets from many of the big name brands. I was drawn to these Slimey Limey Cupcakes from The Fabulous Bakin' Boys purely because of the lime flavour. It seemed a bit different to the overload of orange flavouring usually associated with Halloween. The box also comes with DIY cake decorations so you can add some freaky faces to your cupcakes. 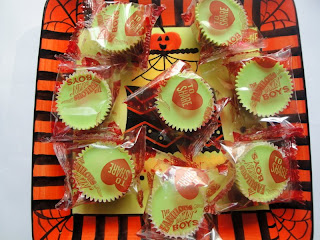 Inside the box you get 12 mini sized cupcakes. They are very small, even for a child they would be bitesized. 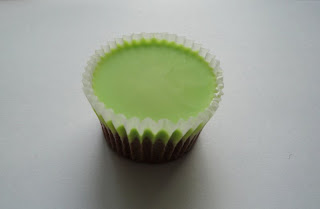 The cupcakes have a bright green icing top with a brown chocolate cake sponge. They looked like a nice little snack for Halloween week, and the perfect sized treat for lunchbags. 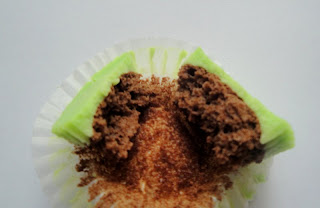 Unfortunately they do not taste as good as they look. The icing, which is described as "Slimey Limey Flavour Topping", was extremely disappointing because it had no lime flavour at all and was very bland. The cake beneath the icing was even more of a let down because it was extremely dry and tasteless. The whole thing tasted quite stale and was unpleasant to eat, no one in my house liked them. I know Halloween is supposed to be the time for frights but are these supposed to scare our tastebuds? I double checked the expiry date as I suspected they might be out of date, but they were still well within the best before date.

I usually quite like the Fabulous Bakin' Boys Cupcakes. It's not a brand I buy very often but I've enjoyed their seasonal varieties in the past. Maybe I just had a bad batch of these new cupcakes, as previously happened in the great Party Puffs debacle. If you've had a good batch of these cakes let me know!

I bought these for £1 at Asda. They are also available in another new Halloween flavour, Spooky Choccy Orange.