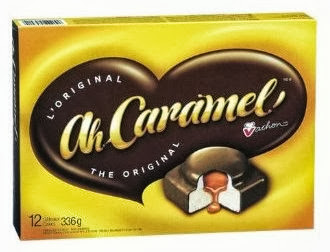 Last month I featured Alfajores cakes (from Uruguay although they are well known in Argentina and Chile too) that had been very kindly sent to me by David, a well travelled reader who has plenty of fascinating knowledge of many local delicacies. A few weeks ago David sent me some more cakes to try, this time made by a long established company called Vachon, based in Quebec, the largest province in Canada. 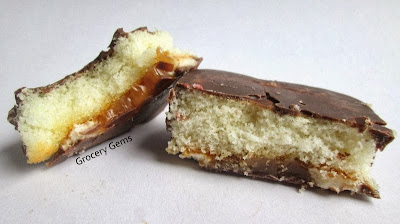 These are all individually wrapped cakes that often come in boxes of about 6, 12 or 18 cakes. The Ah Caramel! is a rather delicious cake which contain a luscious caramel layer, with a soft sponge and chocolate coating to finish. I especially loved the caramel in this perfectly named cake. It has a satisfyingly sweet and buttery flavour that makes this a very tasty cake indeed. 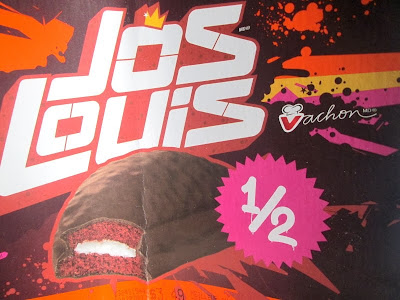 I also tried the Vachon Joe Louis cakes - these are chocolate cakes with a vanilla cream filling. They seemed to have quite a bright red colouring, almost like a red velvet cake. I've said before that I'm a big fan of red velvet cake so these Joe Louis were particularly appealing to me! The flavour is just as I expected, with the soft chocolately sponge, sweet vanilla and milk chocolate coating all creating a very enjoyable cake. 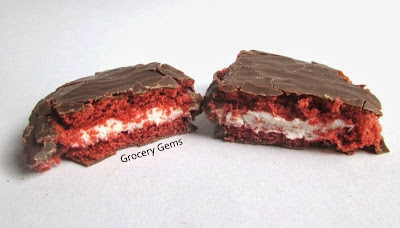 Perhaps one of the most famous cakes from the Vachon range is called the May West, a white cake with cream filling, that was originally named after the movie star (before they eventually changed the spelling slightly). As David tells me there is something called a "Quebec Breakfast" which often consists of "un Pepsi et une Mae West". I'm not sure I would want to try that combination for breakfast myself - although no doubt it would provide a sugary burst of energy to start the day! 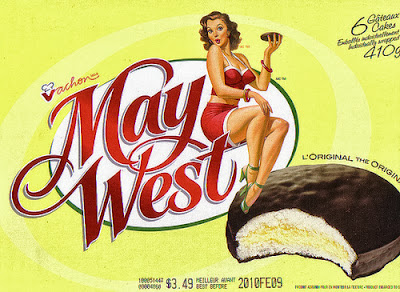 Many thanks again to David for his generosity in sending me these cakes. Check out the Vachon website HERE for more details about their ranges.

Email ThisBlogThis!Share to TwitterShare to FacebookShare to Pinterest
Labels: Around the World, Cakes