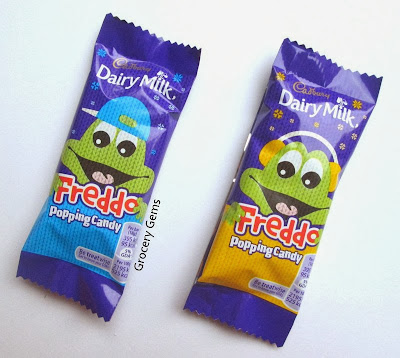 In amongst all the new Christmas chocolates are these little Freddo Popping Candy from Cadbury Dairy Milk. I think this flavour has been released before in Australia as part of their Freddo range (see CyberCandy here), so it's nice to see them available in the UK too. 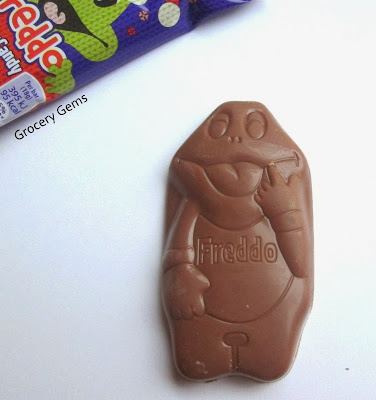 The packaging and concept is not particularly Christmassy in my opinion, even though the new knitted packaging which will be a feature of Cadbury during the "Christmas season" (which to retailers starts sometime at the end of August), does make an appearance here.

The chocolate is exactly what you would expect from Cadbury Dairy Milk, smooth and sweet. There is a slight crunch and tingle from the popping candy which adds a little extra interest. Overall it's a tasty enough chocolate but I do think it's a slightly odd flavour choice for a Christmas variant. Having said that, I'm sure most kids would be pleased to find one of these in their Christmas stocking!