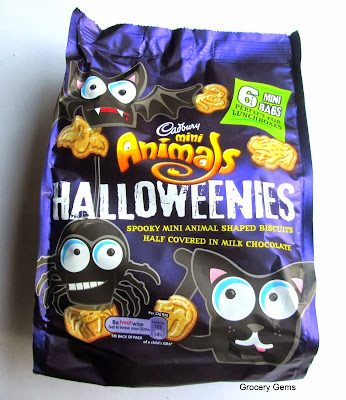 Beware of this truly gruesome Halloween product from Cadbury - the traditionally cute Animal biscuits have had a spooky makeover and now feature loathsome bats, spiders, mice, and other terrifying creatures. 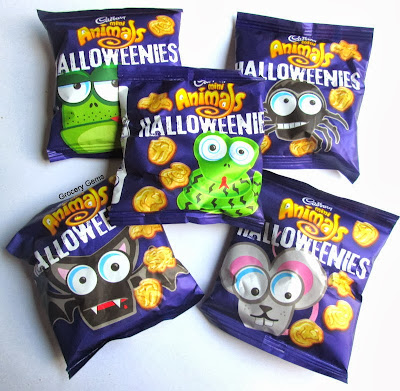 There are six mini bags in a pack, each one taken over by a different monstrous critter, some more horrific than others. The ghastly biscuits are covered in Cadbury milk chocolate on the underside, with one of several despicable beasts depicted on the other. 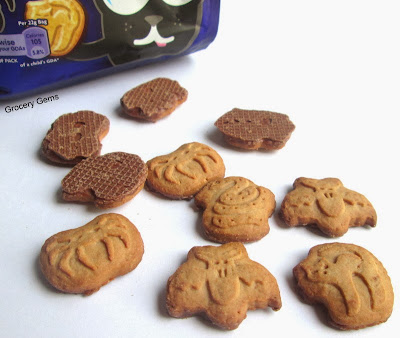 Of course I'm just kidding, because these are all ridiculously cute! The Halloween creatures (or should I say Halloweenies) make these biscuits so much more fun that the usual animals! There's also a little Halloweenies fact on each packet such as: A group of rats is called a mischief. One bat can eat 600 to 1000 insects per hour. Toads run or take small hops rather than run. Overall, great fun from Cadbury - my kids loved them.