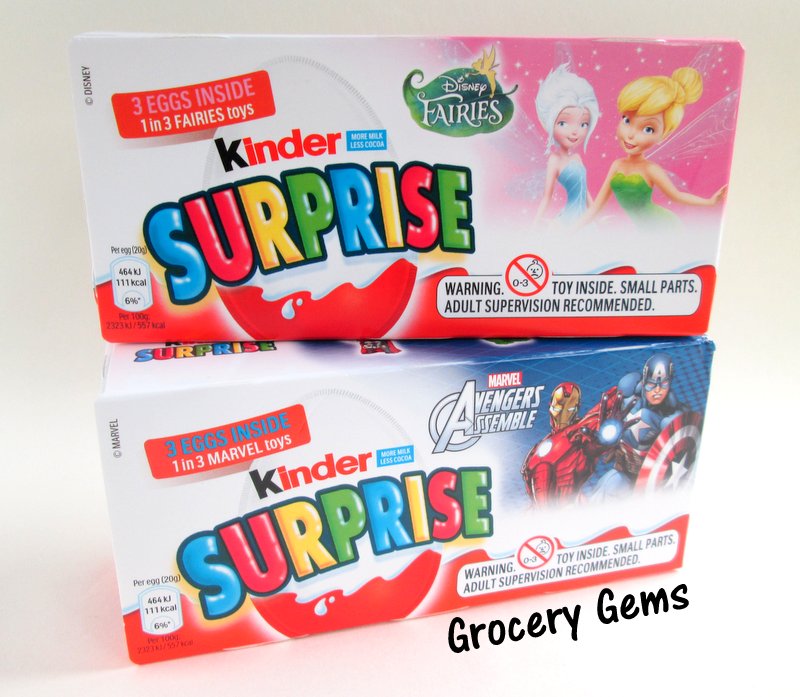 I finally managed to find the new Kinder Surprise chocolate eggs featuring Disney Fairies and Marvel Avengers Assemble toys to review. They're a great follow up to the Disney Princess and Marvel Heroes Kinder egg range from last year. 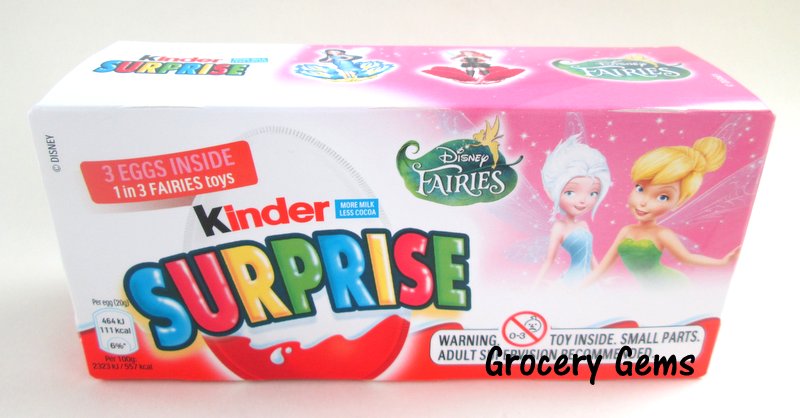 So far I've only seen this Kinder Eggs in these special triple packs, rather than the far preferable single eggs. Please be aware that these triple packs will only contain ONE Disney Fairies or Marvel Avengers Assemble figure per pack. I was hoping that I wouldn't have to open all three eggs to find the Disney or Marvel toys ... but typically (in both boxes!) the special toy was in the last egg I opened out of the three. 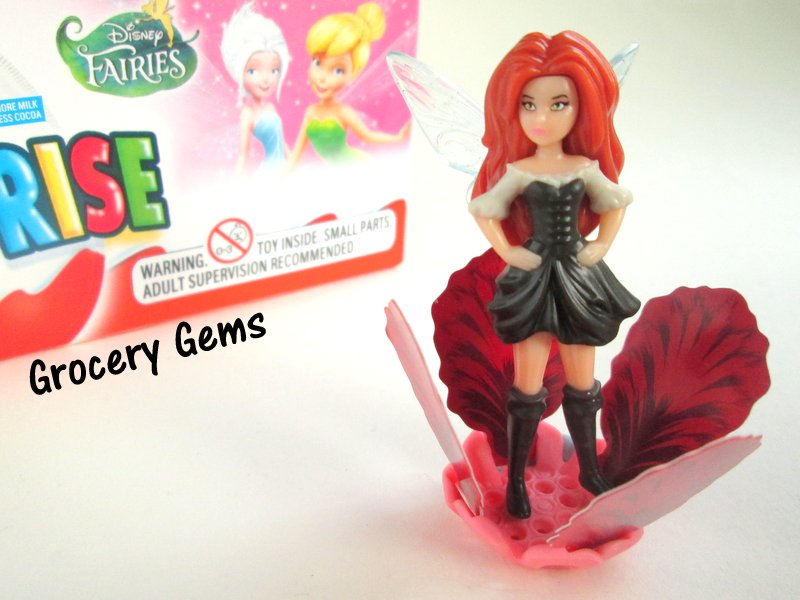 The Disney Fairies figure I found inside is Zarina, a fierce looking pirate fairy with her own flowery stand. The figure itself is made up of several pieces which results in a toy that is larger that the plastic egg casing. 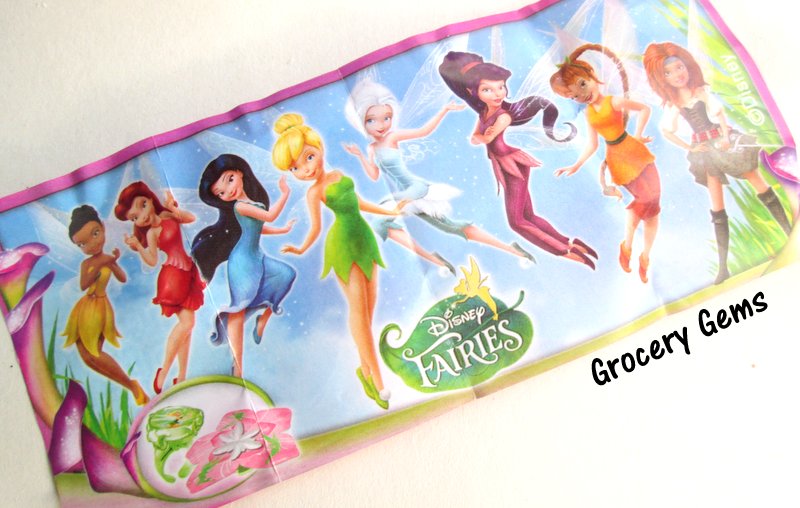 The rest of the Disney Fairies in this collection are; Tinkerbell, Rosetta, Iridessa, Periwinkle, Fawn, Silvermist, Vidia and Zarina. 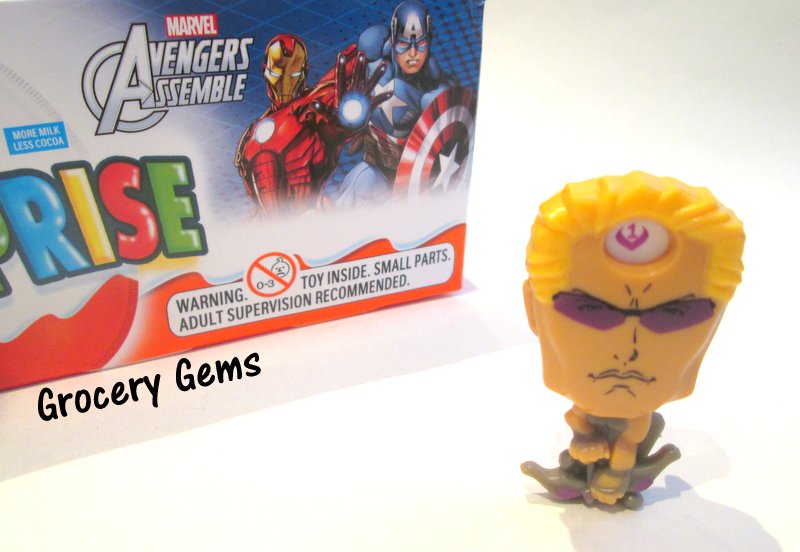 The Marvel Avengers Assemble figures are not as cute as the previous Marvel Heroes collection bobble head figures, but they still have the same play aspect, with a battle feature built in. This time if you push the figures head down you will get either an attack or defence number that you can use to play against your friends. 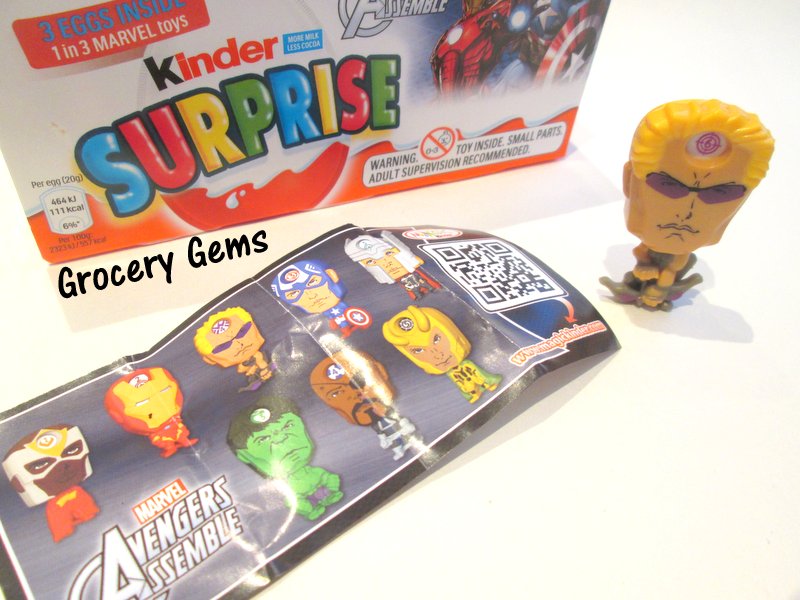 I'll update this review with further photos as my collection grows. If anyone has completed their collection already then I'd love to add your photos too - please email me at: grocerygems@gmail.com. Thank you!

Here's a great photo from Lucy of her Disney Fairies collection. She's just missing one figure - Fawn and luckily didn't get too many repeats to get this far. It's such a pretty collection - thanks for the photo Lucy!

Lucy found the last one and now has a fabulous complete collection!