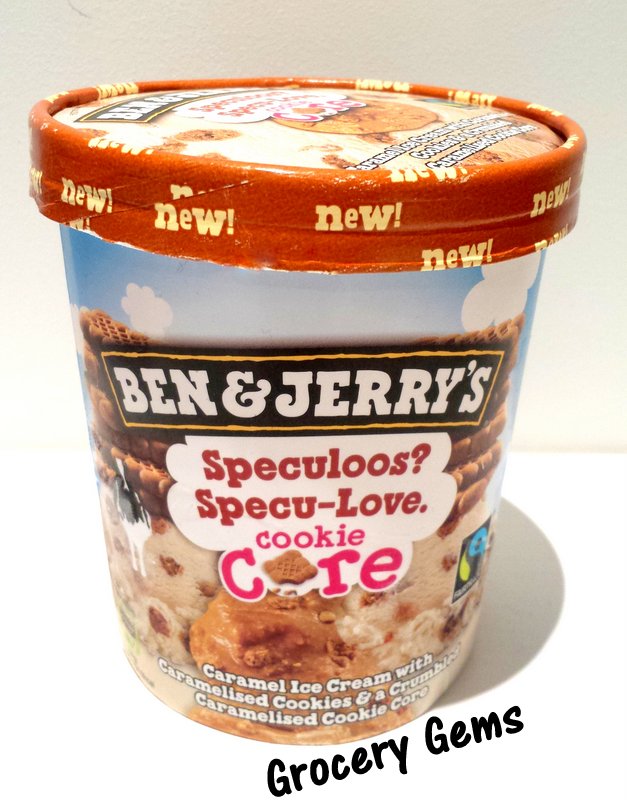 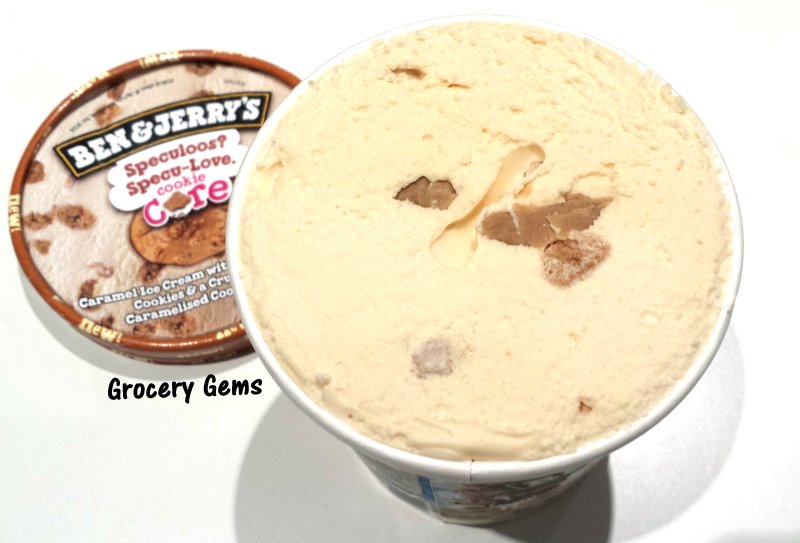 The Ben & Jerry's Sepculoos? Specu-Love is described as a Caramel Ice Cream with Caramelised Cookies & a Crumbled Caramelised Cookie Core. Interestingly it differs from the recent American version of this ice cream which has two flavours of ice cream, Dark Caramel and Vanilla, (see reviews on The Impulsive Buy and On Second Scoop), whereas our version just has the one Caramel flavour ice cream. 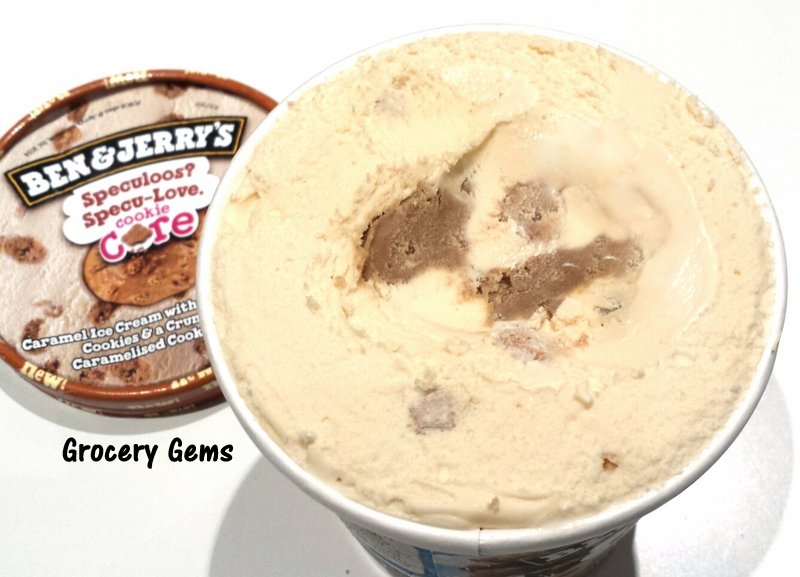 I couldn't help but delve straight into the centre to try the Cookie Core itself and was quite surprised to find the core has a gritty and crumbly texture rather than being a softer centre. For some reason I had expected the core to be similar to the Biscoff Speculoos Biscuit Spread with it's smoother texture, but it's really nothing at all like that spread. The flavour is quite different too (this is not a Lotus collaboration after all) and the Speculoos biscuits used in the Ben & Jerry's Cookie Core have spicier notes of cinnamon and ginger. The Caramel ice cream has quite a plain brown sugar type of flavour but it does provide a creamy background to the stronger Cookie Core. The added lumps of Speculoos Cookies within the ice cream itself give an extra crunchiness and welcome burst of additional spiced cookie flavour. The whole combination is a pleasing mix of smooth and crunchy, creamy and crumbly, all with the flavours of brown sugar and spiced cookie.

I'm definitely a 'more is more' type of person when it comes to ice cream, and even though I enjoyed this Ben & Jerry's Speculoos? Specu-Love, I would have preferred if they had added some caramel sauce into the mix (or if the Cookie Core was more like the Speculoos biscuit spread!).

If you've tried any of the new Ben & Jerry's Cookie Core ice creams then please let me know what you thought of them in the comments below.