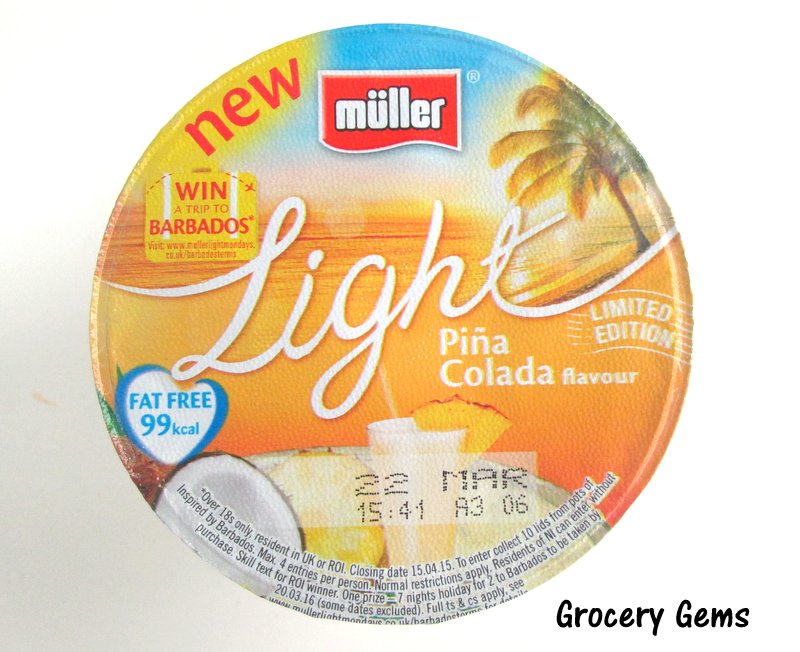 A quick review of the Limited Edition Müller Light Piña Colada flavoured yogurt which I featured a few weeks ago in a New Instore post.


Last year, Müller released the Inspired by Bali Coconut & Lime yogurt, and it seems that this year they are sticking to the tropical theme with another exotic island inspired coconut yogurt. The Müller Light Piña Colada is described as a pineapple and coconut, with a hint of rum, flavoured yogurt. 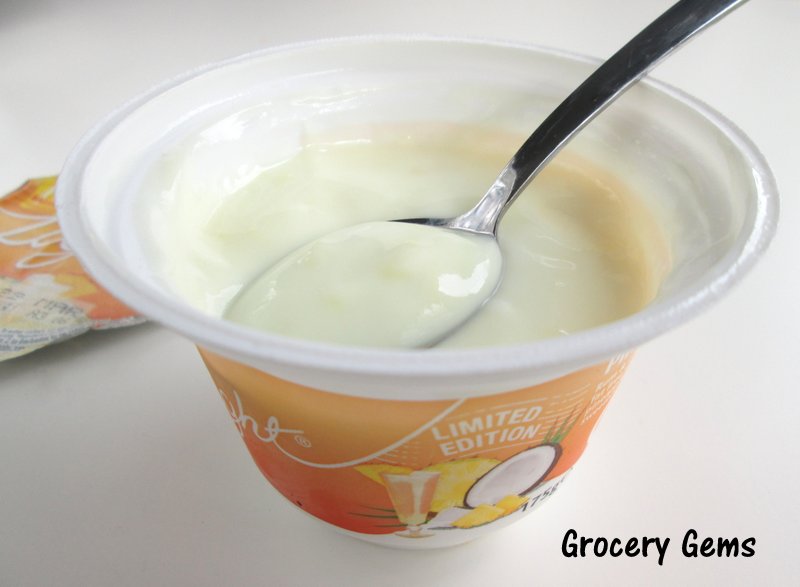 The texture here was surprisingly creamy, with quite a thick consistency compared to other Müller Light pots I've tried in the past. The flavour is initially dominated by the sweet pineapple and coconut combination, which is nothing all that new or exciting. However, there is a strong background rum flavour which builds in intensity and gives this yogurt a different edge. I'm not usually keen on any alcoholic flavoured yogurts, but something about this combination of flavours really works for me.

I know that the Müller Light range is popular for those following the Slimming World diet but I'm not sure how many Syns the Müller Piña Colada has - if anyone knows then please leave a comment below. Thank you!