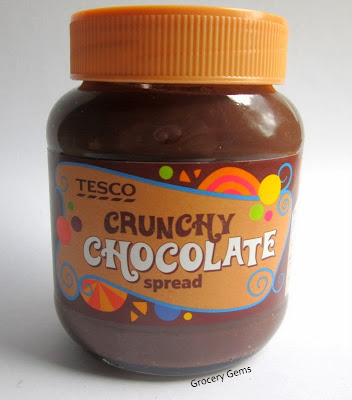 This was labelled as new in my local Tesco, it's certainly one I've never noticed before. I'm a fan of crunchy peanut butter so I was keen to try the more unusual prospect of a crunchy chocolate spread. It's described as a hazelnut chocolate spread with biscuit crisps. 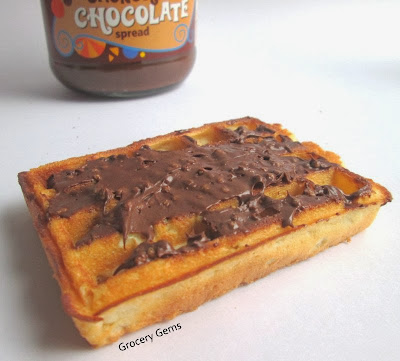 The chocolate spread has visible biscuit pieces within it which give it a slightly textured appearance. The flavour of the chocolate spread itself is very good, not quite Nutella, but similar enough to be enjoyable. Looking at the ingredients the "Biscuit Crisps" make up 6% of the spread. It's interesting that the word "crisps" is used to describe the pieces because they do remind me of those crisped rice bits that are often used in chocolate bars, with a similar crunch and indistinct flavour. They're really there to add texture and only have a limited impact on the actual taste, providing a subtle biscuity aftertaste.

Overall this was a fun spread that makes a pleasant change from the usual smooth chocolate spread.