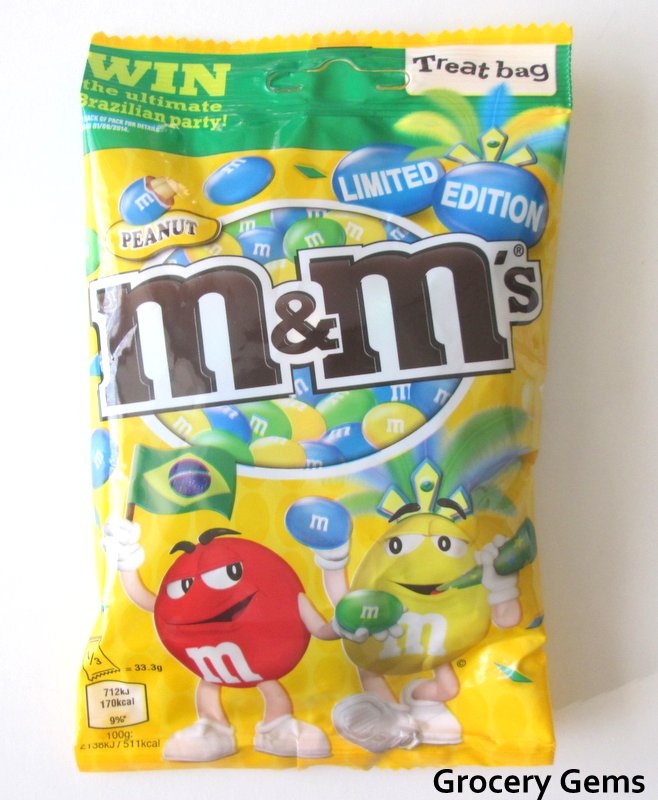 If you read my rather scathing review of the Limited Edition Kit Kat Chunky Orange last week (here), then you might expect a similar review for these Limited Edition Brazil themed M&M's. After all, the only thing that is different about them is the colour. The flavour is certainly nothing new, just good ol' peanut. But despite all that, I really like these colourful blue, green and yellow M&M's! 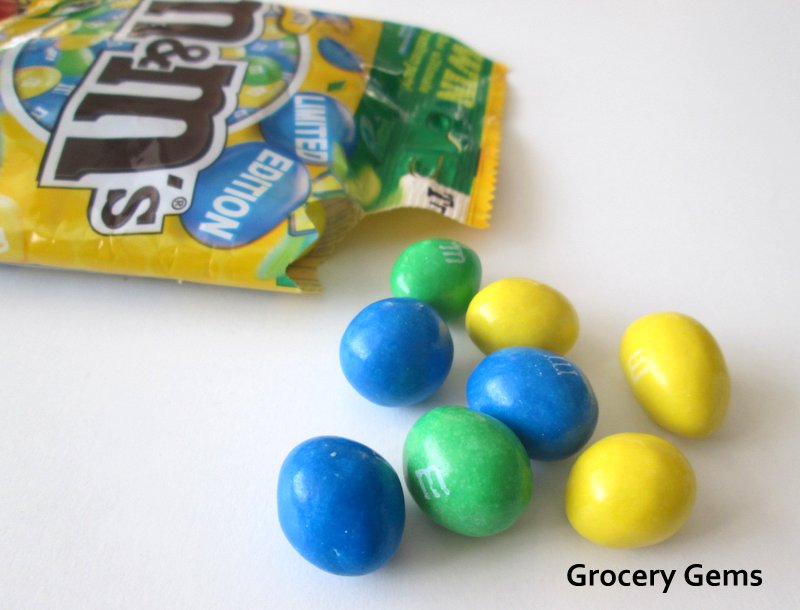 The thing is I'm obsessed with flags (I have so many books about flags, posters, maps - even a flag globe on my Around the World page) so these type of flag themed products always appeal to me. I gave the London Olympics themed M&M's a big thumbs up back in 2012 too for the same reasons (review here - but be warned it's in the early days of my blog so it's pretty awful!). The supermarkets are full of party supplies featuring the Brazilian flag for the football World Cup and it's nice to have a chocolate product that fits in with this party atmosphere. I can imagine having bowls of these M&M's at any World Cup get together or even for watching a match on your own, and they will look great. I don't even mind that they are not a special flavour because that's not the point. It's all about the flag, the Bandeira do Brasil, and I think that's fabulous. If anything, I wish these were plain chocolate M&M's rather than peanut ones because they would appeal to more members of my family (i.e. my kids don't like the peanut ones!).

Let me know if you agree or disagree in the comments below!