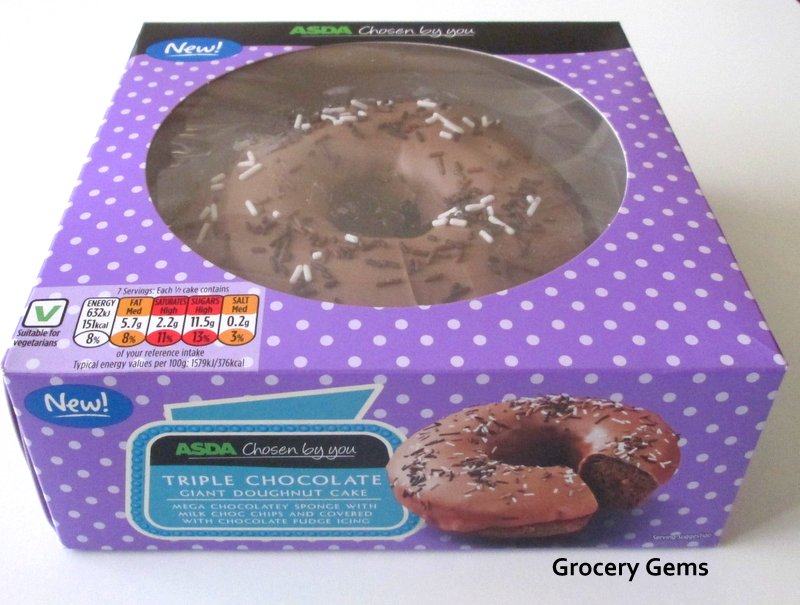 Asda have some really cute cakes that are new instore (check out my round up here for more). I couldn't resist picking up on of their new Giant Doughnut Cakes, a bargain at only £1.50 each. Don't be confused by the name, this is not a "giant" in terms of cake size, but rather looks like a very big doughnut. It's about 3-4 times the size of a regular doughnut. Not huge, but nice enough for an afternoon tea or an after dinner dessert. There are three varieties to choose from; Toffee Fudge, Triple Chocolate or Jazzie Raspberry. The last one (Jazzie Raspberry) looks the most like a classic doughnut with pink icing and sprinkes, however I was overruled on buying that one as Grocery Gems boys all wanted to try the Triple Chocolate! 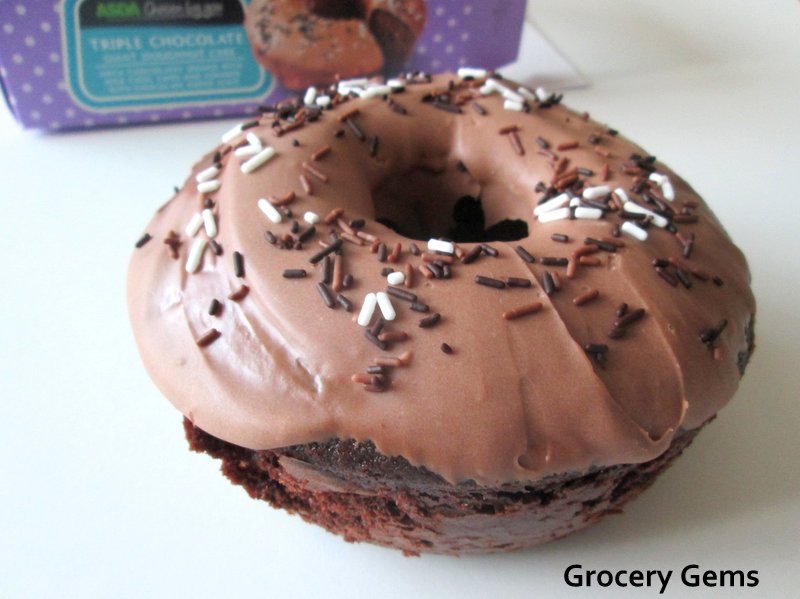 The Triple Chocolate Doughnut Cake is a simple concoction of chocolatey sponge with milk chocolate chips and covered with a chocolate fudge icing. 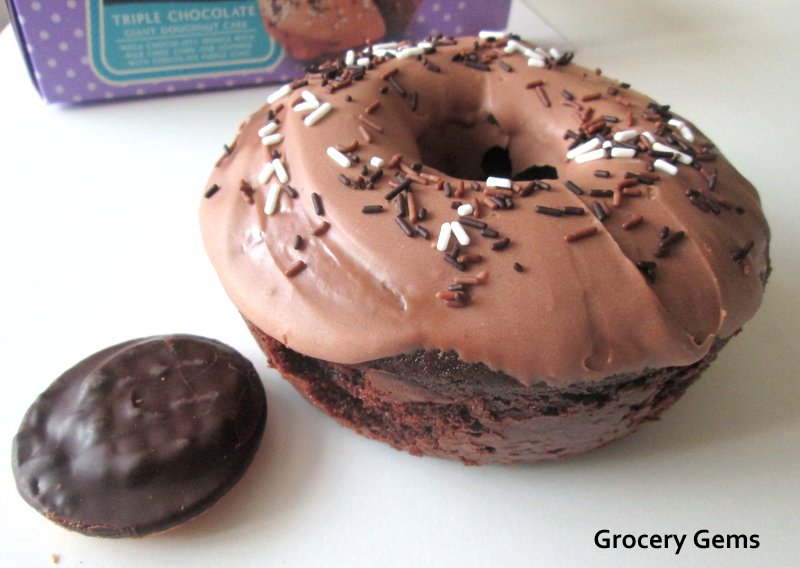 I know it's hard to tell the size from these photos so I wanted to include one that gave an idea of scale. Unfortunately I didn't have any actual doughnuts at home, but hopefully this Jaffa Cake will give you an idea of the size. 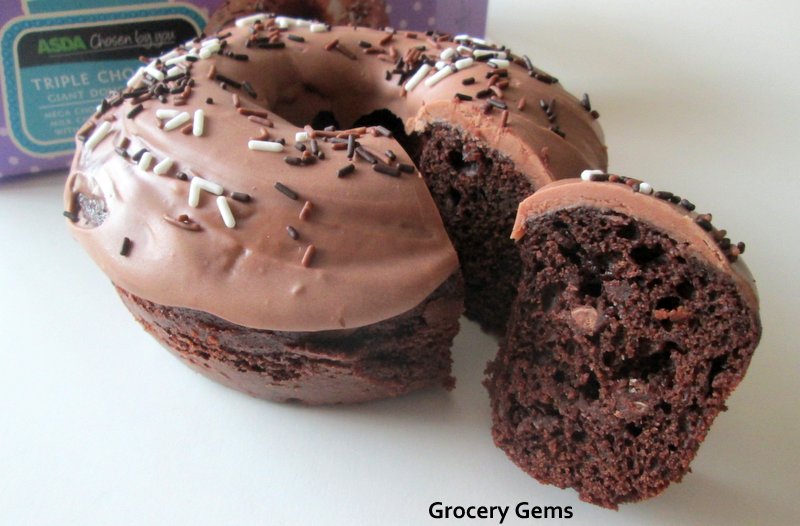 Inside the cake was nicely chocolately, if a little dry, with plenty of chocolate chips. My favourite part was the topping which had a good chocolate fudge flavour and added plenty of sweetness. There is plenty of novelty value here with this cake, so for £1.50 it's a bit of a bargain. Flavour wise it's not really anything special - the words "nice" and "okay" were used to describe it by some of my testers, although all the children really liked it. As I stated at the beginning, it's a cute little cake to serve up for quick dessert. 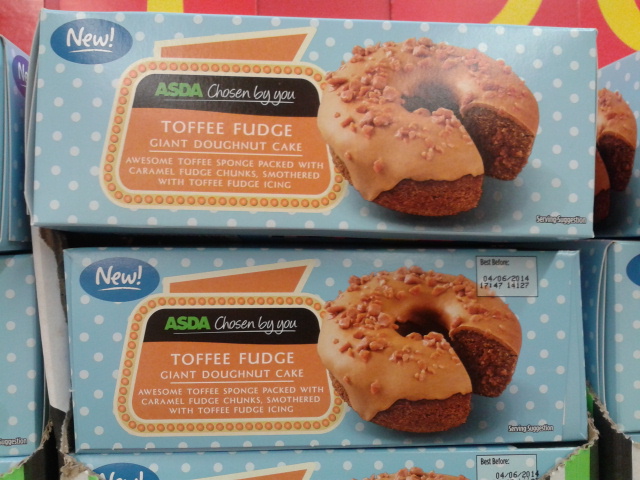 I took a quick photo of the Toffee Fudge Giant Doughnut Cake on the shelf instore. It's a toffee sponge with caramel fudge chunks, covered in a toffee fudge icing. 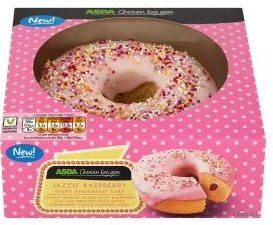 The Jazzie Raspberry is a plain sponge with a raspberry jam filling, covered in a strawberry icing. I want to try this one next time!