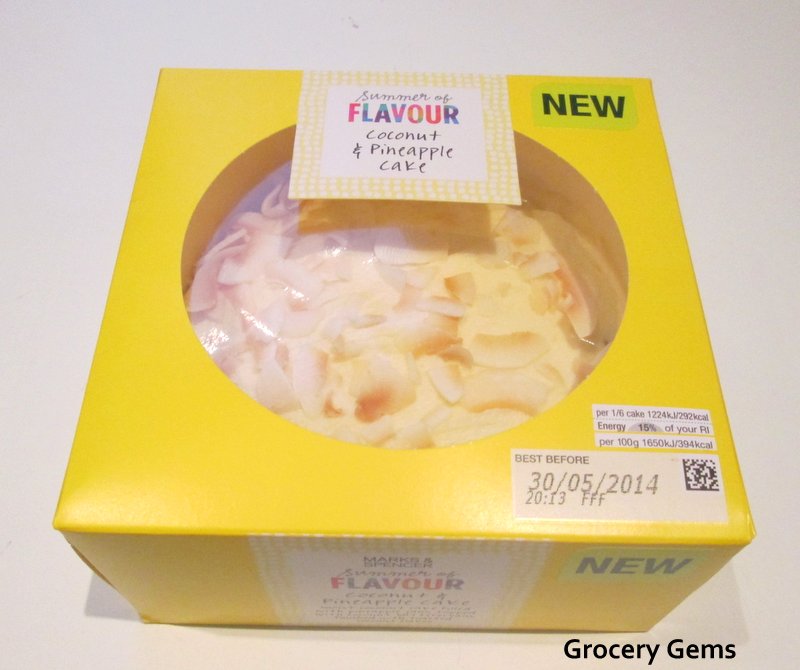 This Coconut & Pineapple is from the new M&S Summer of Flavour range. I featured it in my New Instore Round Up earlier in the week so I was pleased when Mr. Grocery Gems picked it up on his way home from work yesterday. 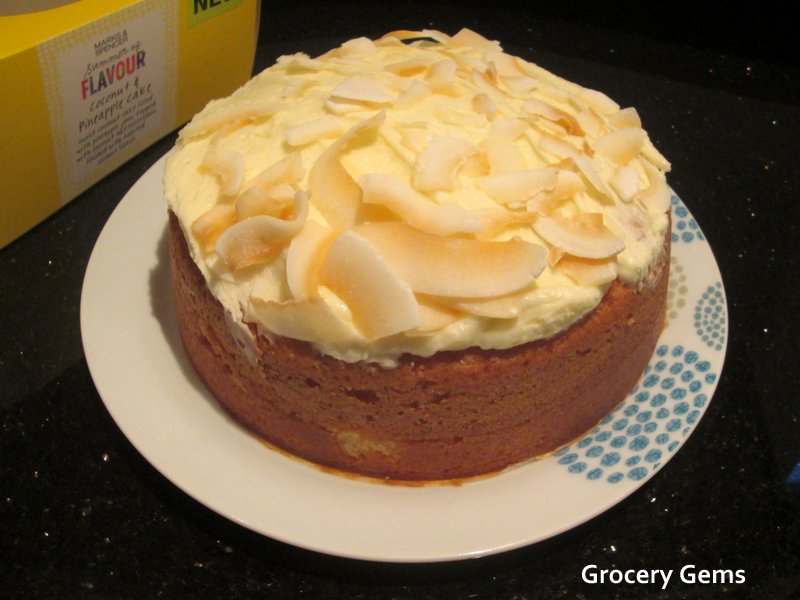 It's a fairly small cake, ideal for an afternoon tea, but looks impressive enough with lots of coconut flavoured frosting on top and large coconut slivers to decorate. 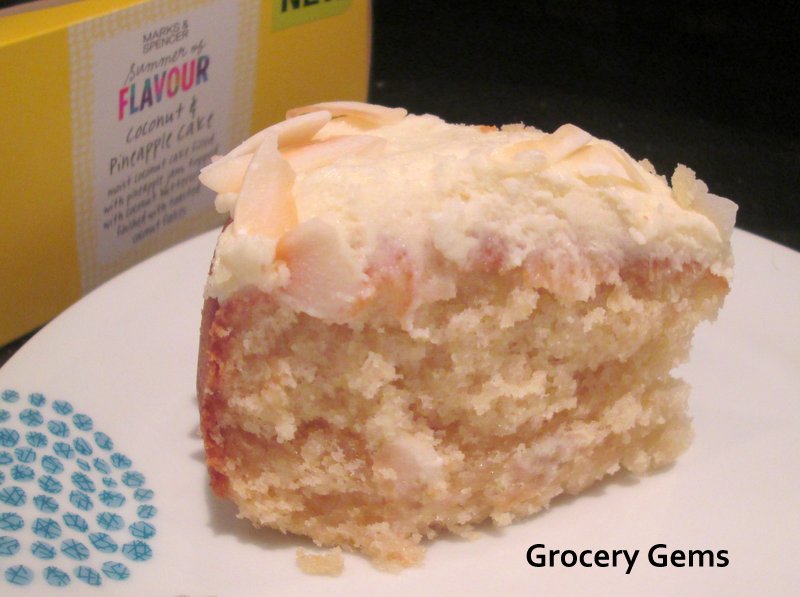 Apologies for the terrible photo, I honestly wasn't in the mood to set up a decent photo and wait for the cake, I was too impatient and just wanted to tuck in! Within the cake there is a fruity layer of pineapple jam, which I couldn't quite capture in the photo but it's much more visible in real life. The sponge cake itself is super moist and buttery, with the jam layer adding a deliciously sweet and fruity flavour. I didn't detect much coconut flavour within the cake itself, most of the coconut flavour came instead from the thick buttercream on top. It's absolutely gorgeous, but the dominant flavour overall was from the pineapple jam rather than the coconut. The whole family found this cake to be immensely enjoyable and there wasn't one single crumb left after we had all tucked in!

Rating: 9 out of 10
Nutrition: 292 calories (per 1/6 of cake).
Vegetarian: Suitable for vegetarians.
Purchased: Marks & Spencer.