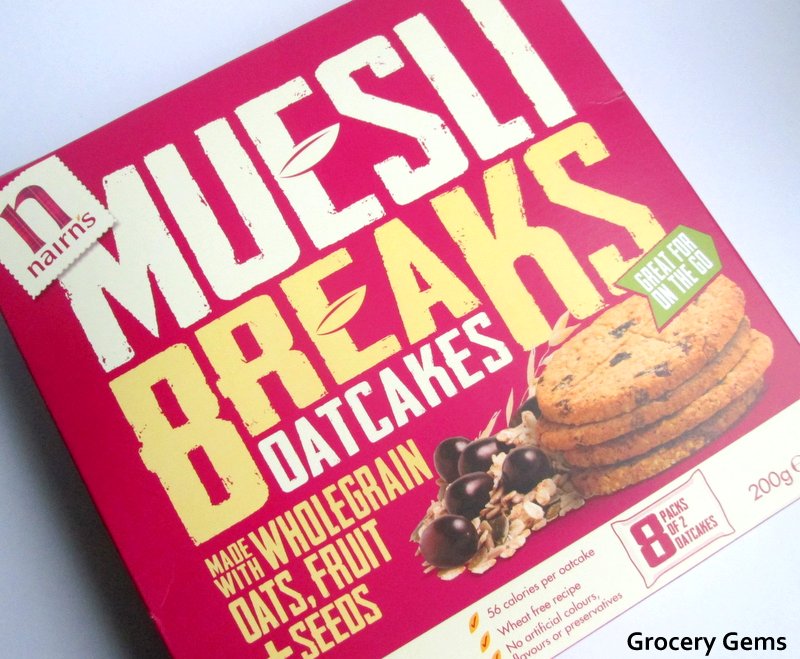 Nairn's are known for oaty snacks and as a fan of their range I was pleased to try out their newest product - Muesli Breaks. These oatcakes are made with wholegrain oats, currants and seeds, promising a filling snack that is also full of wholesome ingredients. 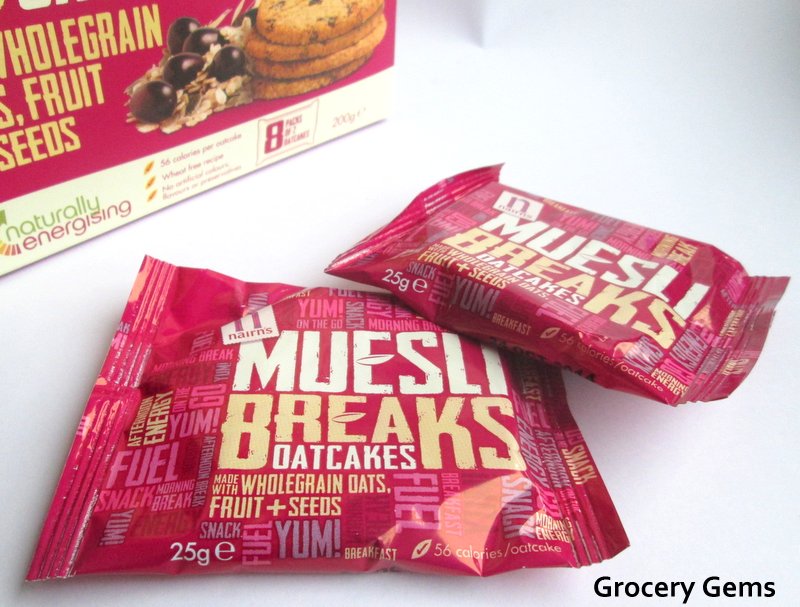 Each box has 8 individually sealed packets, with 2 oatcakes in each portion. There are 112 calories per pack, and I also like the fact that these have 41% less sugar than the average cereal bar, making them a healthier prospect for a quick snack. However, that's all well and good, but they also have to pass the taste test! 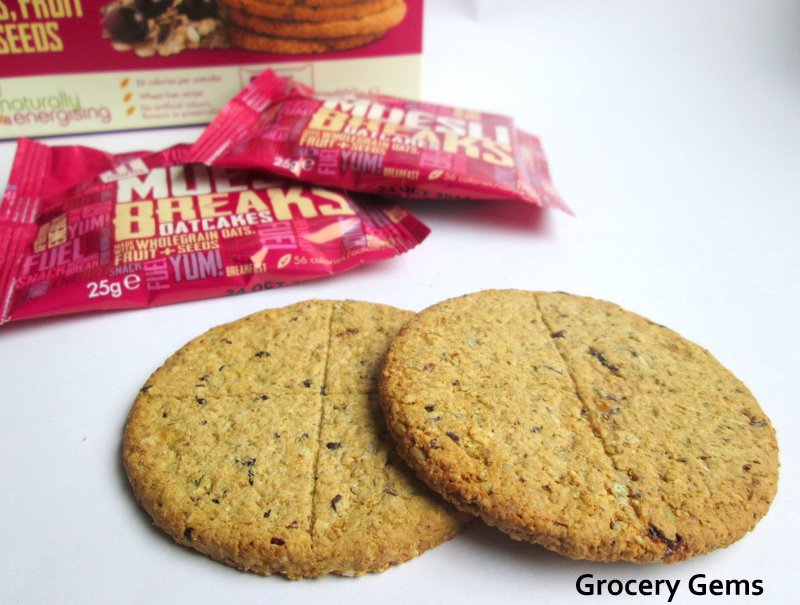 As a fan of Nairn's oatcakes I was eager to give the Muesli Breaks a try - and they didn't disappoint. The wholegrain oats here are joined by demerara sugar which gives them a lovely full bodied and slightly caramel flavour. This makes them sweeter than traditional oatcakes but without making them too sugary. The currants also add an extra bit of sweetness and fruitiness. The seeds are mainly quite small pieces but still added a bit of crunch and extra flavour. It all adds up to a very tasty snack, especially satisfying with a mid-morning cup of tea! 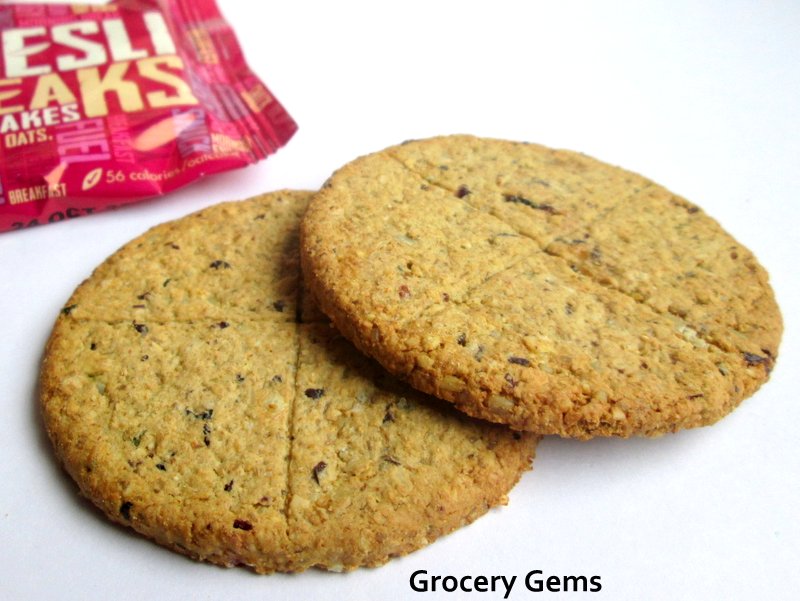 I've often mentioned that the rest of the Grocery Gems household (hubby and kids) all dislike raisins so I wasn't expecting them to want to try these. However, my youngest son is a big fan of oatcakes (he loves them with peanut butter), so he was adamant that he wanted to try the Muesli Breaks, currants and all! Turns out he really enjoyed their oaty biscuit like flavour and has asked for them in his packed lunch every day so far. Success!

The ingredients list is wonderfully simple (I love it when I can recognise the ingredients!), they're simply made of; Wholegrain Oats (66%), Currants (11%), Demerara Sugar, Sustainable Palm Fruit Oil, Sunflower Seeds (6%), Pumpkin Seeds (1.9%), Raising Agent, Sea Salt. They are suitable for vegans, wheat free (but not gluten free) and free from artificial colours, flavours, preservative, GM ingredients,  and hydrogenated fats.

RATING: 9 out of 10.Buy them again?: Yes (already restocked with a few packs from Sainsbury's!).
Nutrition (per pack):  112 calories.
Vegetarian: Suitable for vegetarians and vegans..
Purchased: Available at Sainsbury's, Waitrose and independent health shops.
Price: £1.69p (for 8 portions).