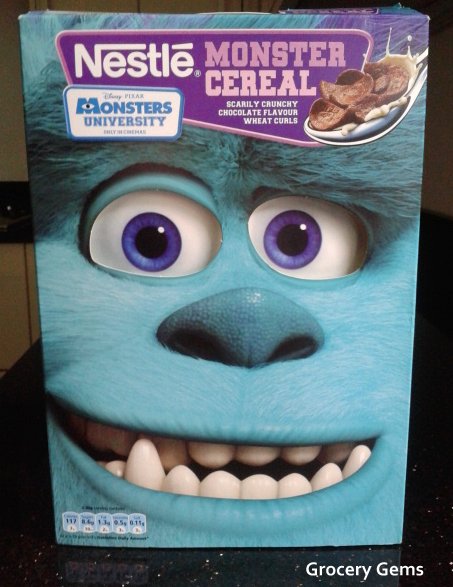 I'm quite late with this review as this limited edition Monster Cereal came out a while ago to coincide with the release of Monsters University. However, I thought it was worth mentioning here as it seems to be popping up in lots of discount stores like 99p Stores and Poundland. What's interesting is that this cereal is basically a repackaging of Nestlé's popular European cereal Chocopic which is very hard to find in the UK. 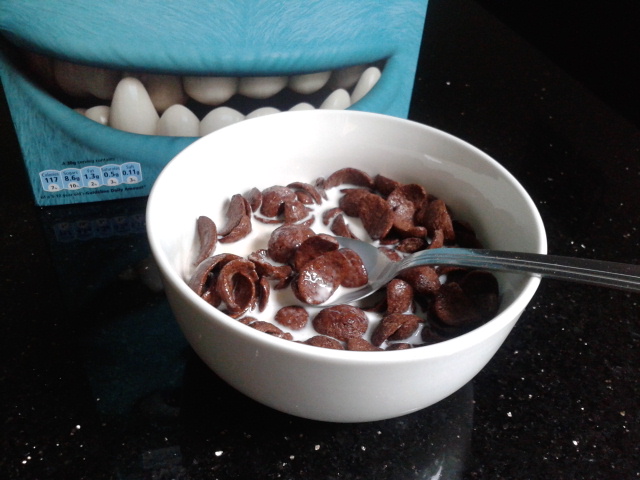 Whenever my parents visit Portugal or France they always try to bring my kids back a box or two of Chocopic. It's a simple enough cereal consisting of chocolate curls, but it has a strong chocolate flavour that is not too sweet and stays crunchy in the milk. It's much nicer compared to the sweeter, soggier chocolate cereals we get in the UK like Coco Pops. It's definitely worth keeping an eye out for this Monster Cereal a.k.a Chocopic in disguise! 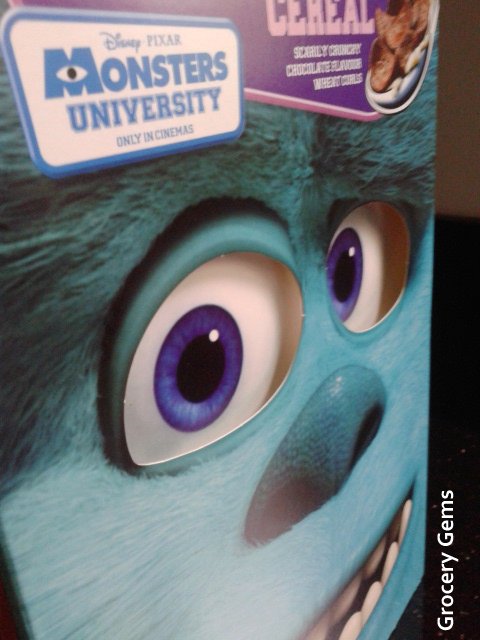 Be warned though - the front of the box is quite freaky with large cut outs for Sulley's eyes that seem to follow you around the room. Not a good first thing in the morning. 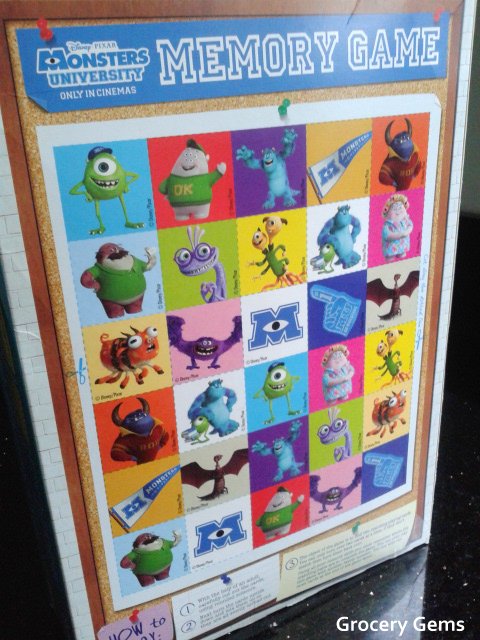 Thankfully the back of the box is cute!