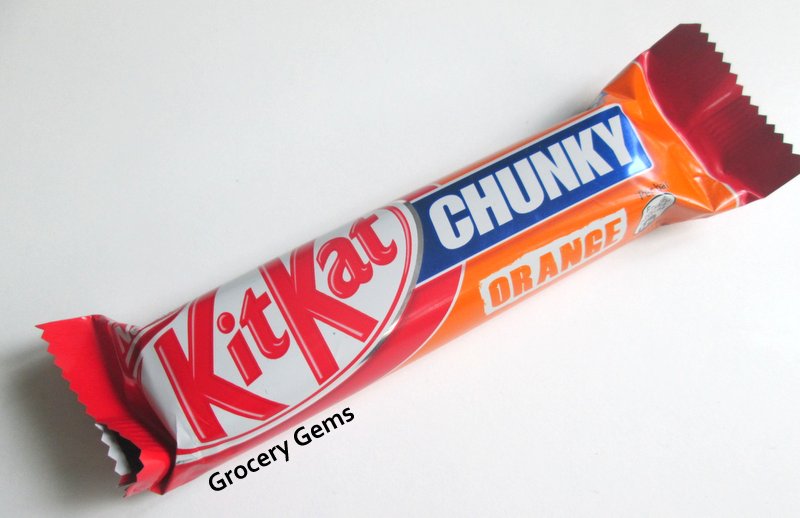 Yesterday I posted a round up of lots of exciting new products being released for summer 2014. It's a shame I couldn't get as excited about the latest Limited Edition in the Nestlé Kit Kat range - the Orange Chunky. It's not that I'm unhappy to see the return of the Orange Chunky (it was around as recently as 2012 in the Choose a Chunky Champion promotion), far from it, and I'm sure chocolate orange fans will be glad too. It's just that it seems such an average flavour - surely this should just be part of their standard Chunky line up rather than a regularly trotted out "limited" variety? A tropical inspired Pineapple & Coconut or Peach & Passion Fruit would have been a much better limited edition choice for 2014! If it's going to be limited then surely that gives scope for being a bit braver and testing the waters? 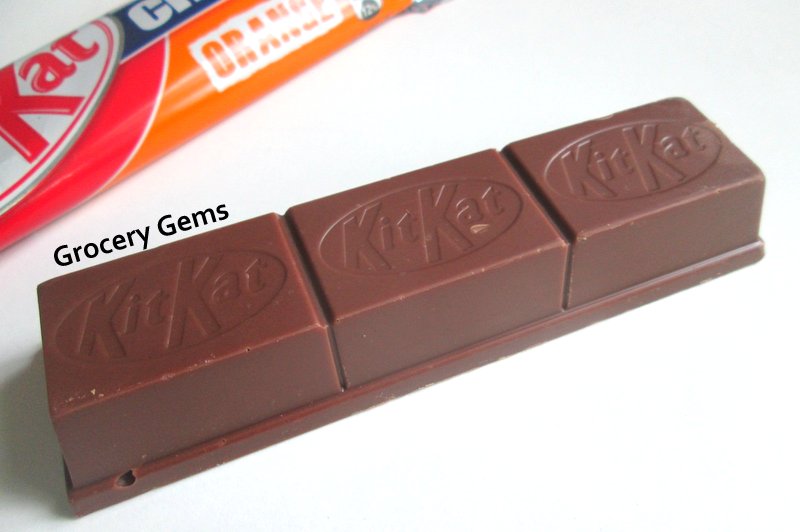 Anyway, I'll get off my soapbox now. Funnily enough, I don't think I ever tried the Kit Kat Chunky Orange previously so I decided to give one a try this time (although I have already tried the Orange Kit Kat two finger bars that are always available!). 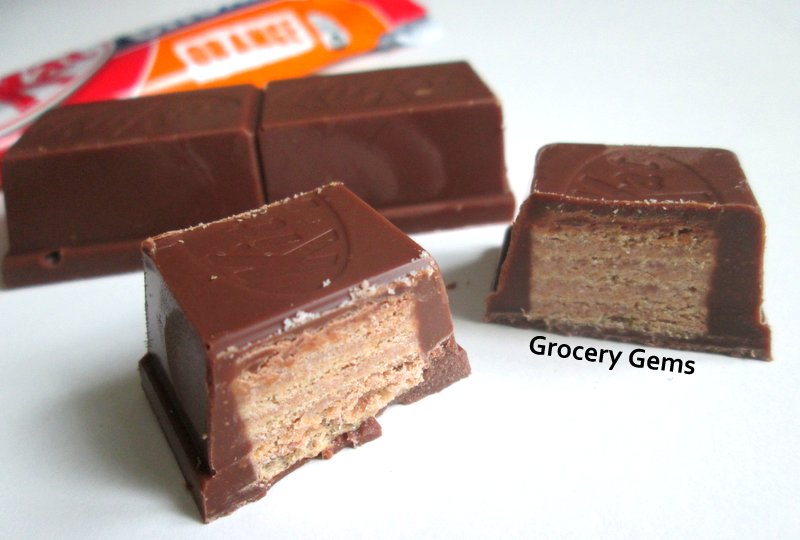 And it has to be said that the Kit Kat Chunky Orange is a very tasty chocolate bar. The outer chocolate has a lovely orange flavour that is quite zesty and fruity, and thankfully not too sweet. This orange flavour is well matched by the creamy milk chocolate and tempered by the plain inner wafers. Even though I'm not usually a fan of chocolate orange as a combination, I really did enjoy all the flavours here. It should definitely be part of the permanent range of Kit Kat Chunky rather than a limited edition!

RATING FOR FLAVOUR: 7 out of 10
RATING AS A LIMITED EDITION: 0 out of 10!
Buy them again?:  Probably not.
Nutrition per bar: 245 calories.
Vegetarian: Yes.
Purchased: Local newsagents.
Price: 69p.