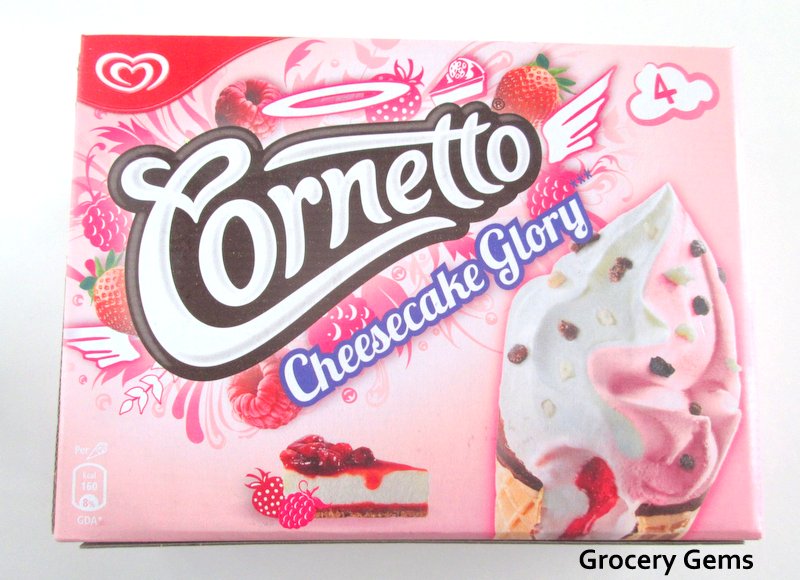 A few weeks ago I reviewed the new Cornetto Chocolate Intense (see review here) which I rated very highly. I noticed quite a few half price offers on ice cream in Tesco yesterday so couldn't resist picking up another new flavour, Cornetto Cheesecake Glory. These were on offer for £1.49 for a box of 4 cones. 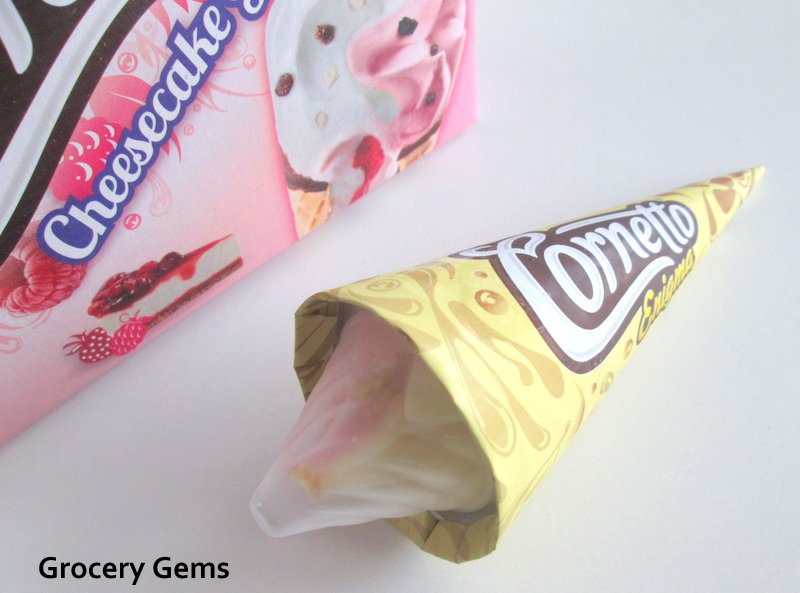 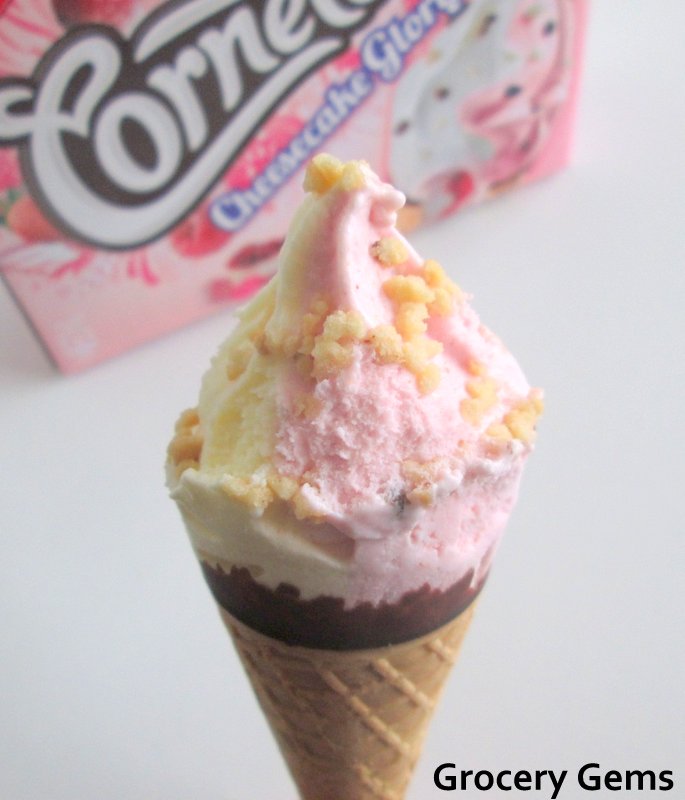 The ice cream itself has a very soft and fluffy consistency and comes complete with a peaked top, hence the need for a protective plastic dome (in second photo above). The flavour of the ice cream is sweet and creamy with a subtle tanginess that successfully recreates the cheesecake theme. The "muffin" pieces on top have a soft texture and biscuity flavour that is pleasant enough, but I think it would have worked better if these tasted more like the digestive biscuit base of a cheesecake. The raspberry sauce which appears through the centre of the Cornetto, was especially good as it adds a real kick of fruitiness and sweetness to the cone. Overall, I did enjoy the Cornetto Cheesecake Glory but it doesn't replace the new Chocolate Intense as my favourite.