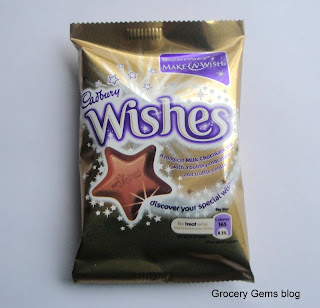 I'm not sure why, but until yesterday I had never bought a Cadbury Wishes chocolate star before. They are a seasonal product and have been around for at least two Christmases. The description of a "truffle centre" put me off at first, it just seemed a little boring for the stellar shape. However, had I known that these were really star-shaped Wispas I would have been snapping them up years ago! 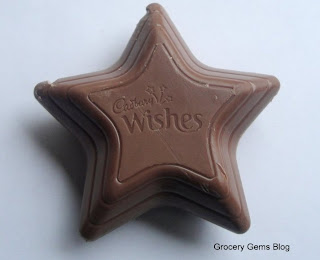 Inside the package there is one star shaped chocolate which is quite large and wide. It has a Cadbury Wishes logo on one side and a little "magical" message on the other. Mine said "imagine what tomorrow could bring" but there are other messages too. It's a very sweet concept and I love the fact that these chocolates are sold in partnership with the Make-A-Wish charity. 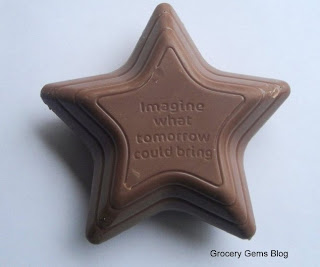 The chocolate centre is double layered. There is a large layer of aerated chocolate and a slightly smaller layer of truffle. I barely noticed the truffle as the there wasn't much differentiation between the taste of the two layers. The aerated centre is almost identical in taste and texture to a Wispa bar. Surrounding this is a very thick layer of Cadbury's chocolate which has been moulded into the star shape. 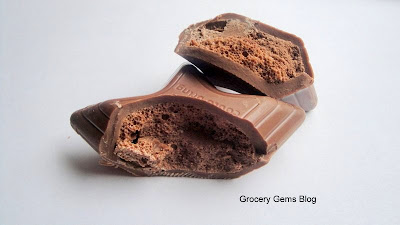 Each star has a hefty 165 calories and it certainly feels like too much to eat in one go. The whole thing has a very sweet chocolate flavour without much depth, which results in a complete sugar overload. However I would still buy these as a cute stocking filler as I like the shape and design. It's just a shame that the overall taste is a little too sweet and boring.