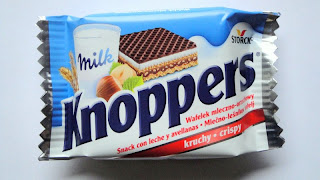 I'm always on the lookout for chocolates from chocitout's 10 Foreign Chocolate Bars 002 video. I've tried a few already but I was pleased to find this little Knoppers in a local Polish grocery store/cafe. Let's just cut to the chase and address the glaringly hilarious feature about this chocolate: the name Knoppers. I almost tweeted "I've got some Knoppers!" when I first found it, but I managed to restrain myself. Yes, there are plenty of gags to be made here but putting those reluctantly aside, I would just love to know what the word Knoppers means. If there is anyone who can translate I would be most grateful. Google translate comes up with the helpful translation of  "Knoppers" to "Knoppers". Thanks Google. 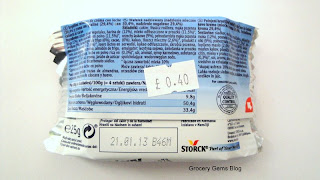 Knoppers is a wafer biscuit which cost me the unprincely sum of 40p. If that's the price when the import costs are factored in then I can just imagine how cheap these are in Poland! 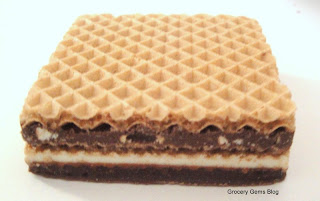 I wasn't expecting much from the Knoppers wafer, in fact I very rarely buy wafers (unless they are covered in chocolate) as they usually taste like a cross between cardboard and polystyrene. But I have to admit that as soon as I took the Knoppers out (haha!) it looked and smelt fantastic. 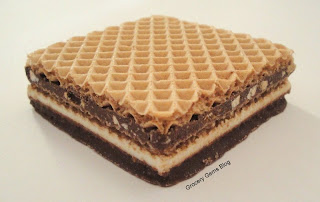 I mean seriously, look at those layers. It's a thing of beauty! Rarely has a product looked exactly like the picture on the wrapper, it really does look that good. All the layers are perfectly delineated. 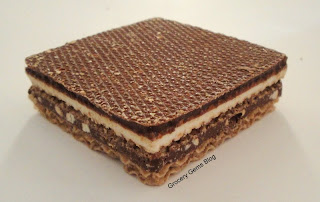 The taste is also phenomenal. Call me crazy but I bloody loved this Knoppers! The wafer has a lovely crunch with a buttery melt and vanilla undertones. Then there is a hazelnut filling, which is where the Knoppers really excels, it has a deliciously rich nutty chocolate flavour. The little pieces of nut within it have a great texture, they are all nice and crunchy, making the overall hazelnut flavour divine. The "milk" layer is super sweet and creamy, and blends with the other flavours perfectly. I was not expecting this to taste so good at all! 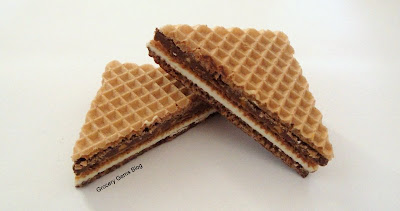 It's just like the outer layers of a Ferrerro Rocher, with an extra layer of creamy chocolate and a much nicer wafer flavour, have been formed into a perfect square. 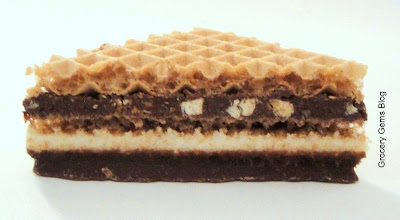 If you ever see a Knopper don't hesitate in buying it - it's the best 40p I've spent in a long time! Thank you to Marcus @chocitout for his fabulous chocolate list.