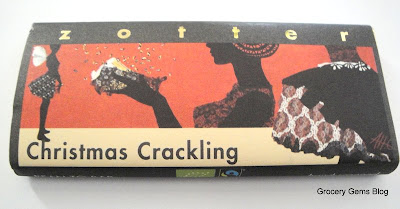 December is upon us and it's time for a Christmas makeover! What better way to get into the Christmas spirit then with a review of a zany festive chocolate bar. Zotter is an unusual chocolate brand, who specialise in rather odd flavour combinations. This Christmas Crackling is part of their "hand scooped" chocolate range, which includes some weird and wonderful flavours such as the classic Bacon Bits and even a Peanuts & Ketchup bar!

The Christmas Crackling bar is described as "Cinnamon, Apple + Honey" which sounds quite tame by Zotter standards, especially since the misnomer "Crackling" made me wrongly assume that this was another bacon chocolate! 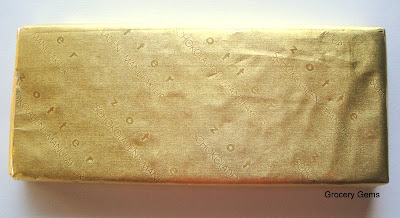 It's quite a small bar, weighing in at 70g. The chocolate is wrapped in foil with a paper slip covering. Remember when most chocolate came wrapped this way rather than in the commonplace plastic wrappers we get now? It's definitely a more luxurious experience.

The chocolate has a rippled look to it but no individual sections to break off. Immediately there is a strong scent of sweet apple and cinnamon. 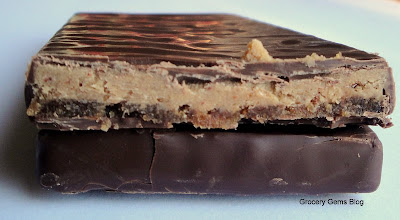 The description of the filling by Zotter is enigmatic. It's described as "pieces of dried apple in honey caramel, in a layer of cinnamon and yellow chocolate". Nope, I've no idea what yellow chocolate is. There are two layers inside the bar, a creamy filling with apple pieces and lots of cinnamon flavour, then an almost jam like apple fruit layer along the bottom, which is much thinner. 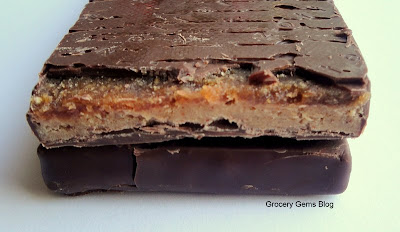 The outer chocolate layer is also very thin and doesn't add much to the overall flavour, even though it is a 50% minimum cocoa solids base. Perhaps this is because the filling has such a powerful flavour. There is so much going on between the chocolate covers! The apple and cinnamon are by far the dominant flavours. There are dried apples, apple juice and apple brandy in the thick filling which all combine to produce a full bodied apple taste. Combined with the spicy cinnamon it equals a boozy and completely festive treat. The jam like layer at the bottom of all this then adds lots of sugary sweetness. 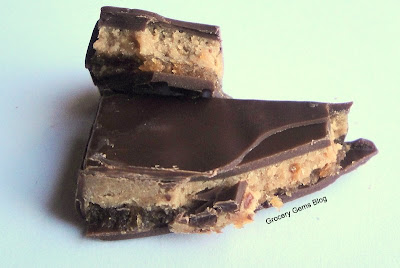 I enjoyed this chocolate just because it was so different to anything I have ever had before. However I won't be buying this particular variety again purely because it is way too boozy for my liking, but it has undoubtedly whetted my appetite to try more from the Zotter range. There's no way I would be able to resist the Banana Coconut if I ever saw it!

Email ThisBlogThis!Share to TwitterShare to FacebookShare to Pinterest
Labels: Around the World, Chocolate, Christmas