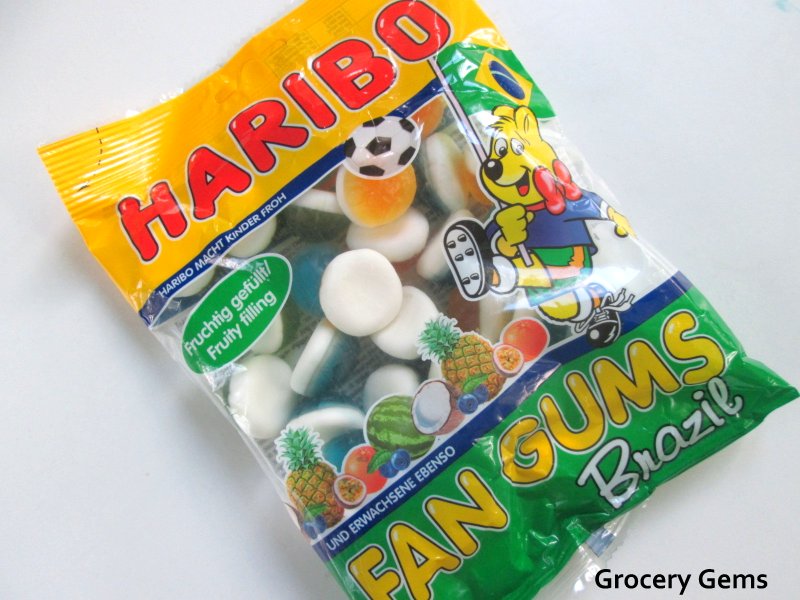 These Haribo Fan Gums Brazil were part of my recent Grocery Exchange with Steffi from Germany. Haribo, in Germany at least, have come up with some great new sweets to coincide with the World Cup in Brazil. These Fan Gums Brazil are not only football shaped AND filled with a soft fruity filling, but they're also inpired by the colours and flavours of Brazil. They've really tried to pack in a lot of different ideas into this one product and it's certainly much more exciting than any of the recent Haribo releases in the UK. 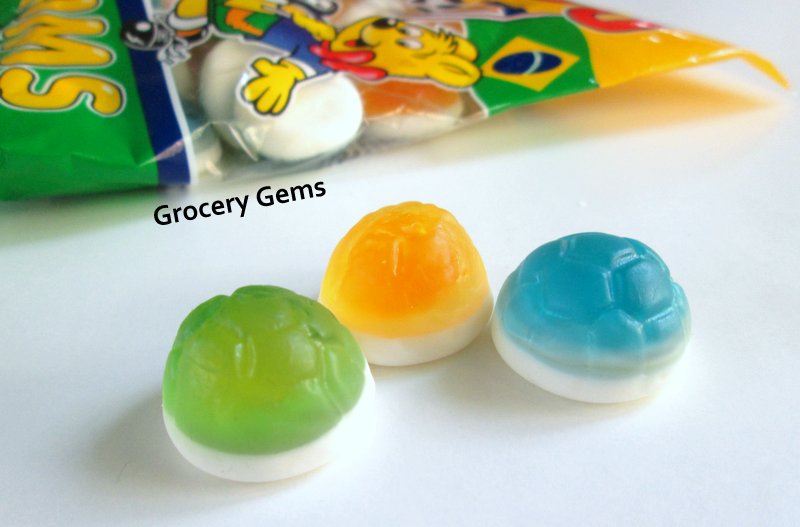 The sweets themselves are large half domed football shapes, and are all are foam backed jellies. There are three colours to represent the Brazilian flag; green, yellow and blue. I was able to find the specific flavours this time via the German Haribo site. These are yellow = tangerine & passion fruit, green = lime & watermelon, and blue = blueberry & coconut! It's a really interesting mix, especially compared to the disappointingly bland Haribo Minions I reviewed yesterday. 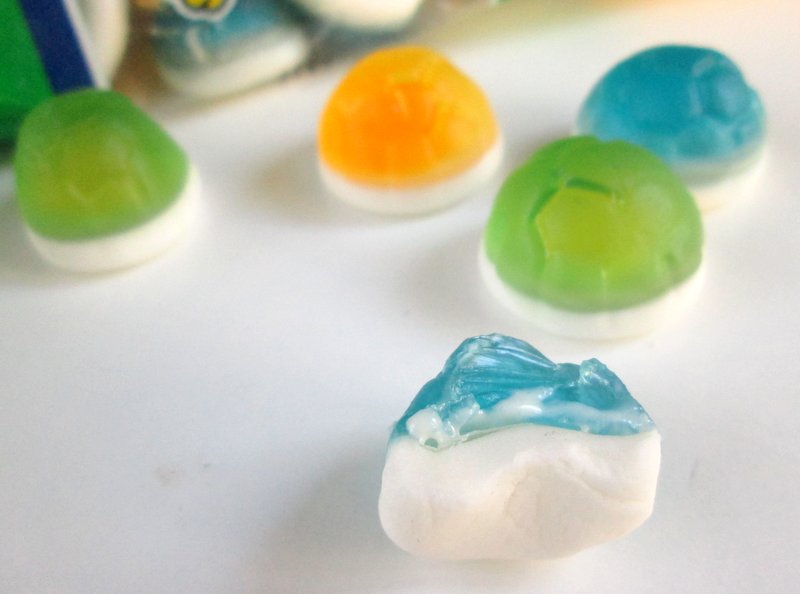 A quick note about the "soft centre". Inside each sweet there is a also a gooey middle, which gives them a squidgy mouth feel. They ooze a little as you eat them, which gives an extra burst of flavour. 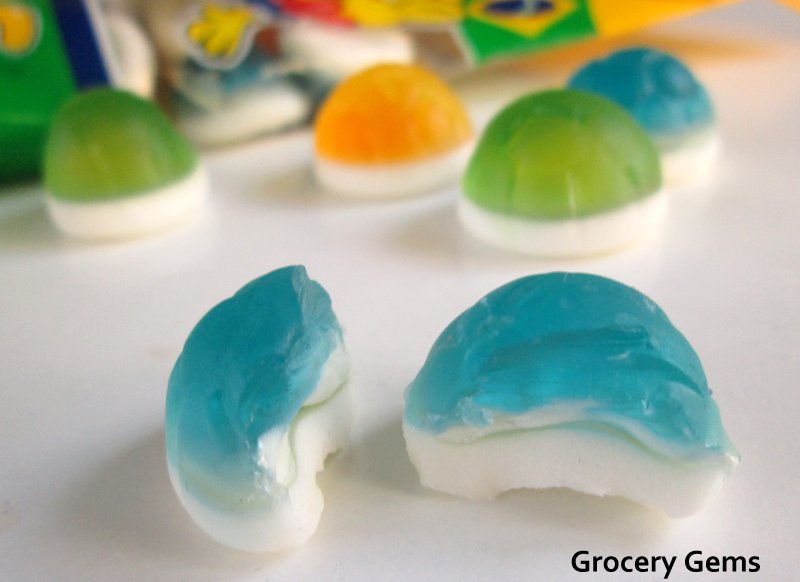 The flavours are all really unique and different from anything I have tried from Haribo before. The lime & watermelon (green) is dominated by the sweet watermelon flavour, I really enjoyed the fruity flavour here combined with the soft and gooey centre. The tangerine & passion fruit is the most complex flavour of the three. It starts off as a straight up unmistakeable passion fruit, but then intensifies to a full bodied citrus flavour. The blueberry & coconut starts off a little bland, and it's definitely the least fruity of the three, but then the coconut flavour really kicks in with the soft centre. It's quite strange to have a coconut Haribo, and it wasn't immediately my favourite, but overall I was still really impressed with the flavours in these Fan Gums Brazil. 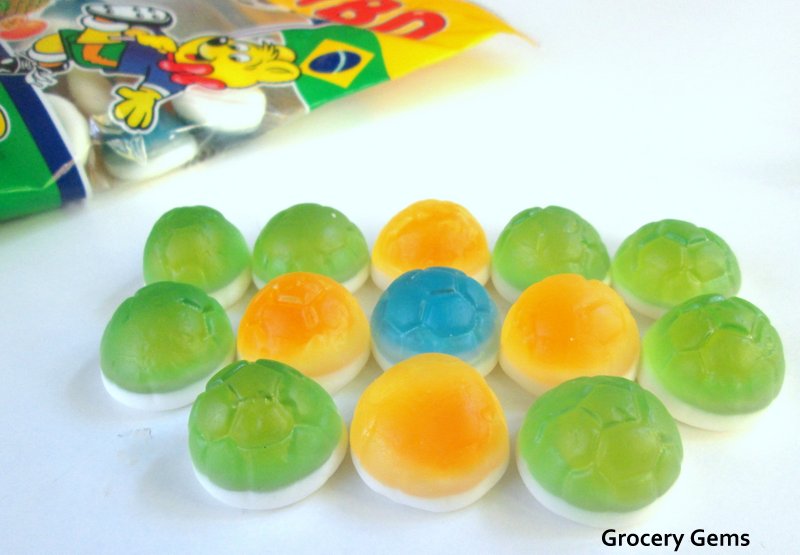 I love the fact that the colours represent the Brazil flag. We tried to make the Brazilian flag but we didn't have quite enough green sweets! 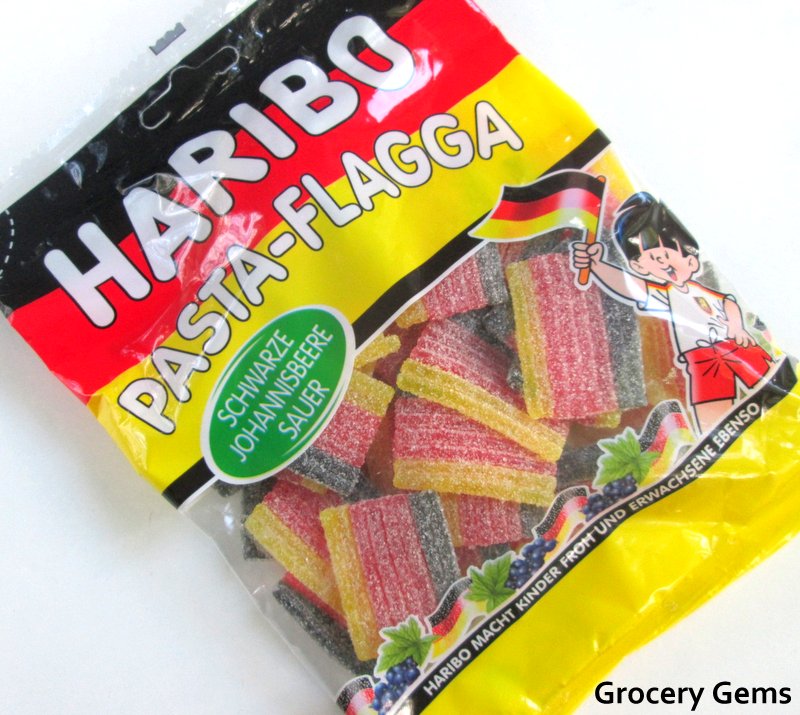 I was also sent these Haribo Pasta - Flagga in the colours of the German flag. 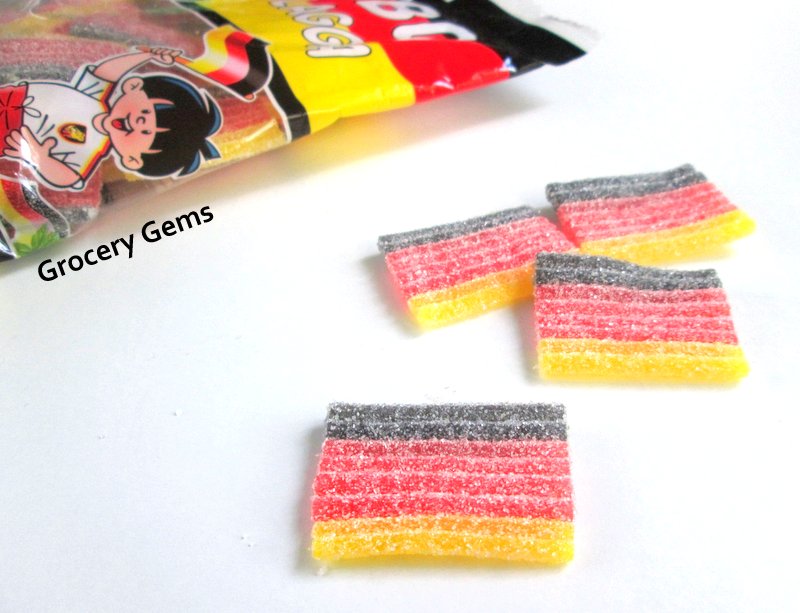 These are peelable straw sweet held together to represent the flag, and they really do look great. They're all blackcurrant flavoured, with a sour sugary coating and a sweet fruity flavour. These are brilliant for fans of sour laces, and the blackcurrant flavour here makes them far more interesting than the usual strawberry laces.


Thanks again to the fabulous Steffi for choosing these wonderful sweets for me! And good luck to Deutschland in their World Cup game against Algeria tonight :)

RATING: 8 out of 10.
Buy them again?: Yes, especially the Pasta Flagga