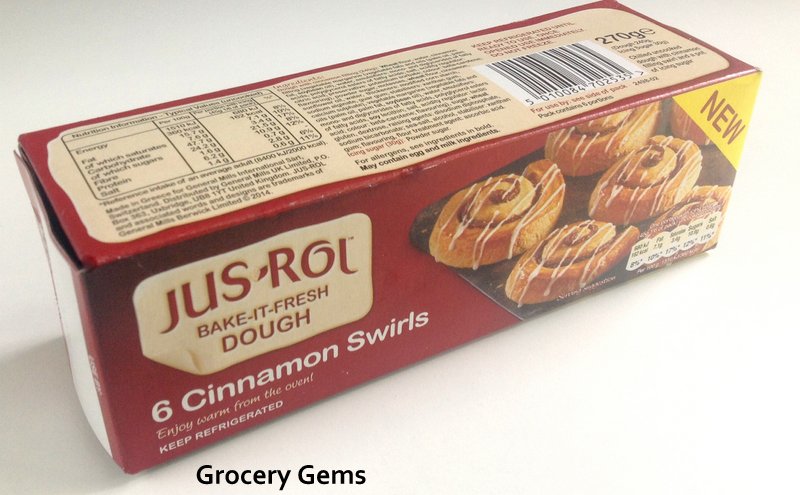 I love cinnamon rolls but I've never had any luck trying to make them myself at home. Even when using ready made pastry the results have been mostly inedible. Luckily for me, I finally managed to track down these easy to bake Jus Rol Cinnamon Swirls. 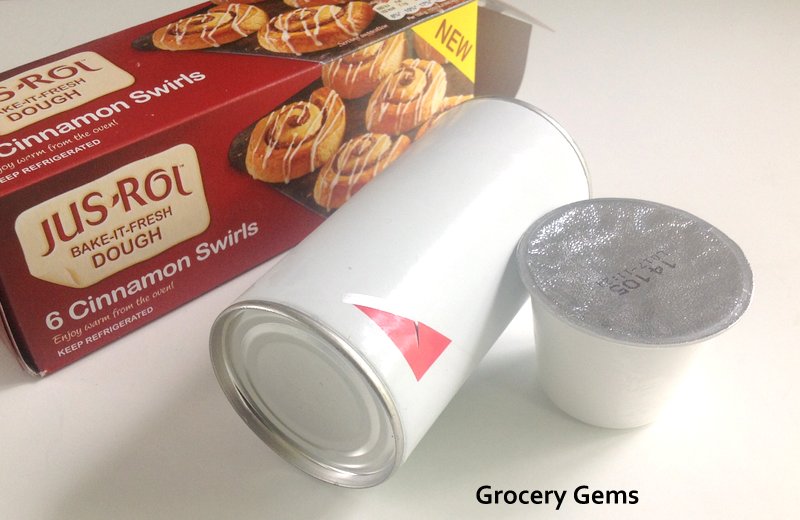 The contents are similar to other Jus Rol ready to bake products. There is a tube containing a roll of dough and a separate pot with the icing sugar. The dough has already been prepared with the cinnamon filling, it only needs to be sliced into six equal pieces before it is ready to go into the oven. It really is that easy. 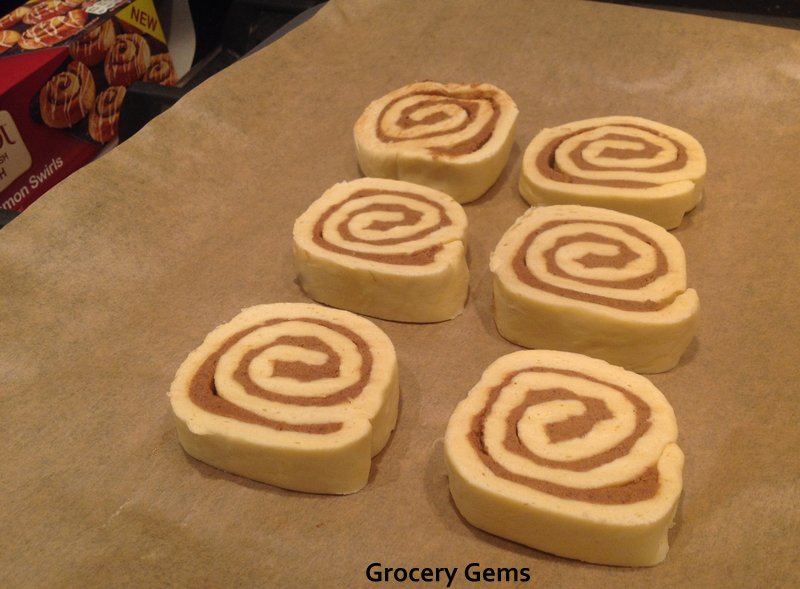 Once placed on a baking tray the cinnamon swirls take 10-12 minutes to cook in the oven. (I put them closer together for this photo, I actually placed them further apart for baking). 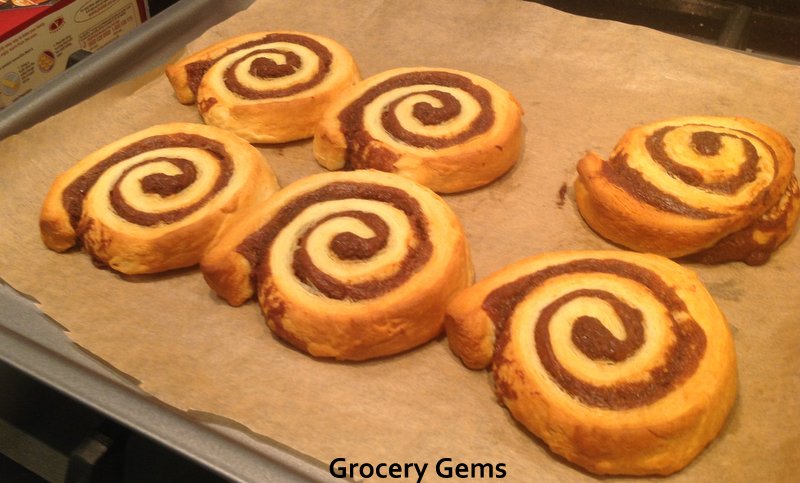 The cinnamon swirls increased in size whilst baking and smelt absolutely delicious. The cinnamon flavour was lovely and sweet, and just as strong as I was hoping. The flaky puff pastry was very tasty without being too greasy or heavy, not surprising considering there is no butter in these Cinnamon Swirls (making them suitable for vegans!). The icing sugar that came with the pack was fine and also easy to use but it does say to put it on the cinnamon swirls when they have cooled down a bit. I wanted to enjoy the cinnamon swirls hot so I didn't wait before icing the cinnamon whirls. This meant the icing did melt quite a bit, as would be expected - it still tasted good though!