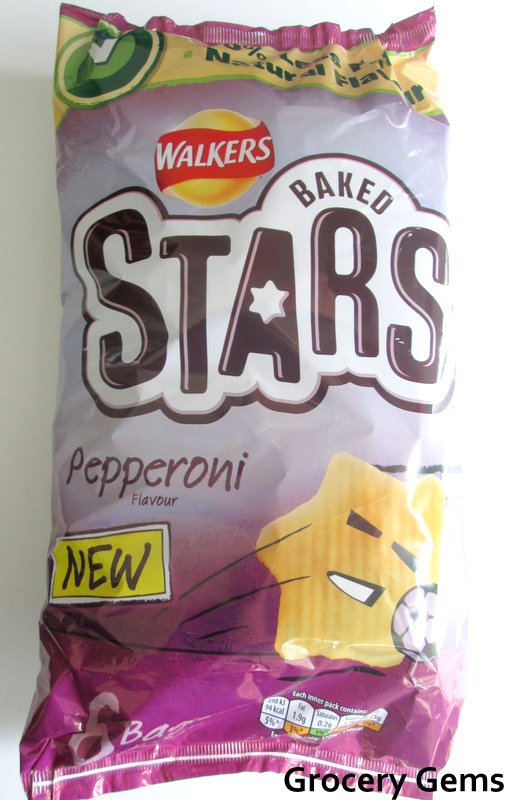 Walkers has added a new Pepperoni flavour to its Stars range, the baked potato snack that claims to have 70% less fat than the average potato crisp. Walkers Stars are, as the name would suggest, star shaped potato snacks which have been baked rather than fried. They do not contain MSG, artificial flavours, or preservatives and are suitable for vegetarians. Each packet has 94 calories. 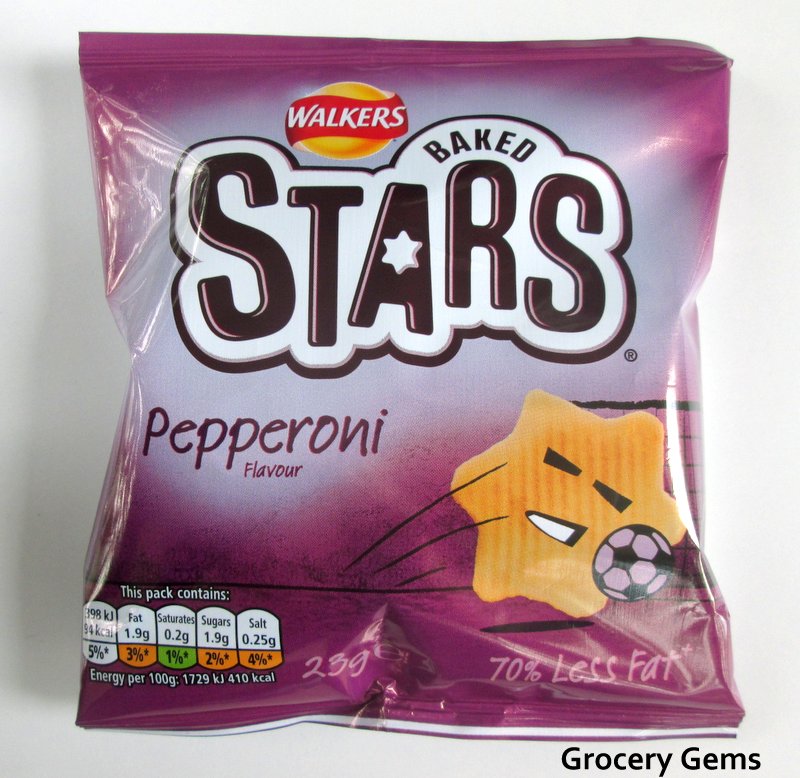 I've reviewed quite a few crisps brands aimed at children on this blog but funnily enough my kids are not the biggest fan of crisps. They do eat the occasional packet, but they seem to get easily bored of the same flavours. It's got to the point where I don't really buy "kids crisps" anymore, they just go to waste (i.e. I eat them!). However, a new flavour is always bound to spark my interest and I thought it was worth grabbing a pack of this new Pepperoni flavour. I also bought another new flavour of kids crisps, but more on that another day! 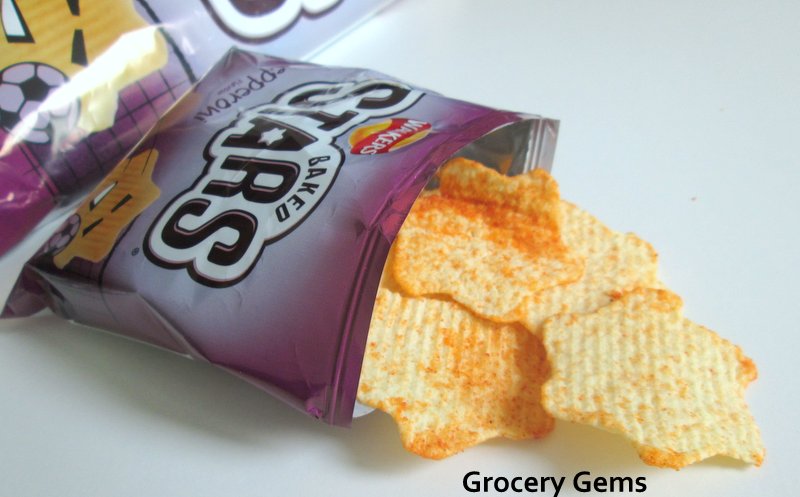 My first note is that the packet is quite empty, sadly this is nothing new for crisps these days. The potato snacks themselves are quite hard and crunchy, slightly dry too, not greasy like real crisps. The flavour is quite meaty, and does have a salami type taste, but in a sweet rather than a salty or spicy way. In fact the flavour reminds me of those Peperami sausage snacks, rather than actual pepperoni. However, my kids did enjoy the novelty value of having pepperoni as a crisp flavour, and I'd like to see a few more interesting flavours being released in the future.