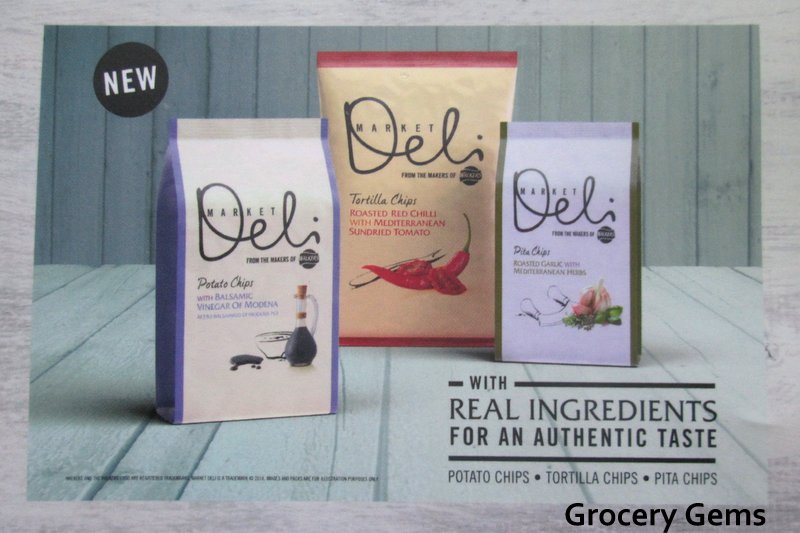 Yesterday I attended a launch event for Market Deli, a new premium range of snacks from the makers of Walkers crisps. The range has been inspired by flavours and produce found in the finest European markets and delicatessens. Each individual flavour contains real ingredients, selected to appeal to good food lovers, such as mature cheddar from Cornwall to aged Aceto Balsamico di Modena PGI and sundried tomatoes from the Manisa region in Turkey.

The range features Pita Chips, and Tortilla Chips alongside the classic Potato Chips, all in an interesting variety of flavours (some of which have very long names!). The Market Deli range will be available nationwide from 23rd June. Take a look at my photos from the event and also reviews of a few of the flavours.


There were lots of other foodie bloggers at the event and we got to try all eight flavours in the Market Deli range. I met the lovely Caroline from Caroline Makes (and also the co-host of the popular AlphaBakes monthly challenge), who was great company as we went around sampling the different snacks. All the snacks were displayed with their relevant ingredients which really enhanced the tasting experience.

The range of Potato Chips were all delicious, as you would expect from the makers of the leading brands of crisps, but my favourites were the Flame Grilled Spanish Chorizo with Roasted Onion. They had a smokey yet sweet flavour that really appealed to me. I'll definitely be buying a pack of these once I spot them in the shops. My second favourites were the Wiltshire Cured Ham, Mature Cheddar & Farmhouse Chutney, I'll be reviewing those soon.

The Tortilla Chips come in two flavours; Anglesey Sea Salt with Cracked Black Pepper (review coming soon) and Roasted Red Chilli with Mediterranean Sundried Tomato. The latter had a lovely strong flavour from the sun dried tomatoes with a sweet (but not hot at all) chilli edge at the end.

The Market Deli range of Pita Chips also comes in two flavours; Roasted Garlic with Mediterranean Herbs and Roasted Red Pepper with English Tomato. I've tried pitta based chips before and they tend to be quite thick and with a dense texture. The Pita Chips from Market Deli had a great crunch but were thinner in density and felt lighter to eat as a result. I think these would be a great alternative to tortilla chips for dipping. 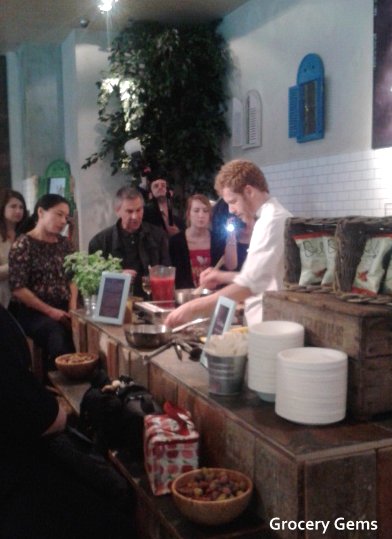 We were also treated to a cooking demonstration by Michelin starred chef Tom Aiken, who cooked up delicious dishes with flavours inspired by the Market Deli range. 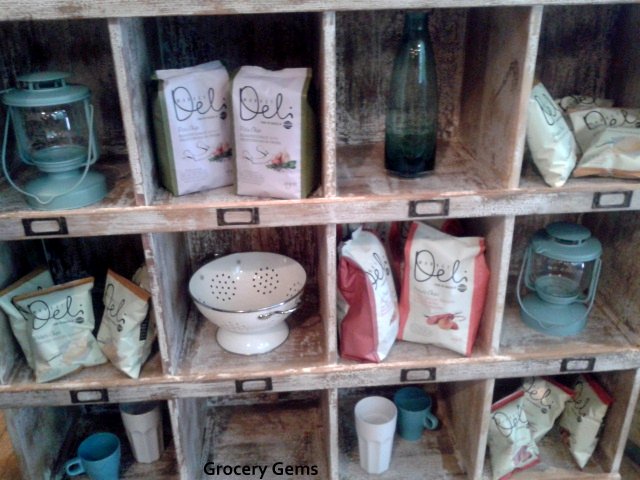 Overall my initial impressions of the Market Deli range were very positive. The whole range has an interesting mix of either classic British or traditional Mediterranean flavours. There is something for everyone flavour wise, and I enjoyed the variety of chips available; Tortilla, Pita and of course Potato. I was given a few samples so I'll be reviewing a few of the flavours that I took away with me in more depth tomorrow.