German Candy & Snack Review Round Up! 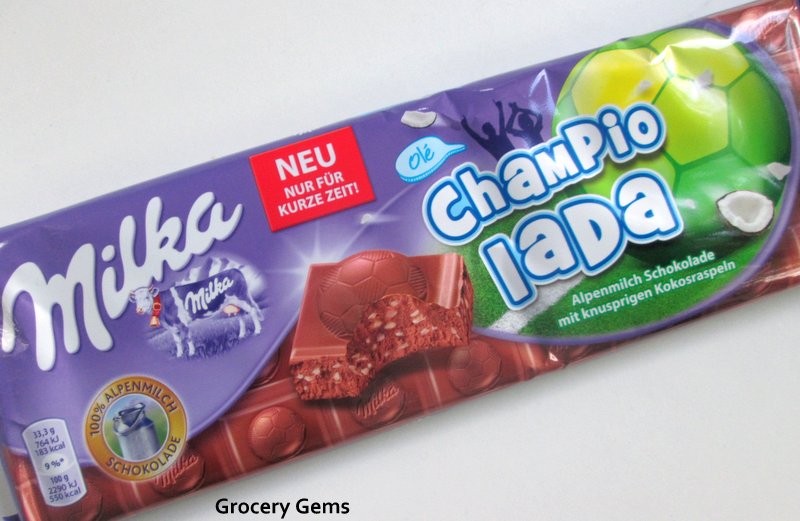 Following on from my awesome Grocery Snack Exchange with Steffi last month, here's the last of my reviews of the German snacks I received. Most of these are World Cup themed. At the time I was surprised at how extensive the range of World Cup themed snacks available in Germany was, especially compared to the UK. I guess it shows just how much I know about football! 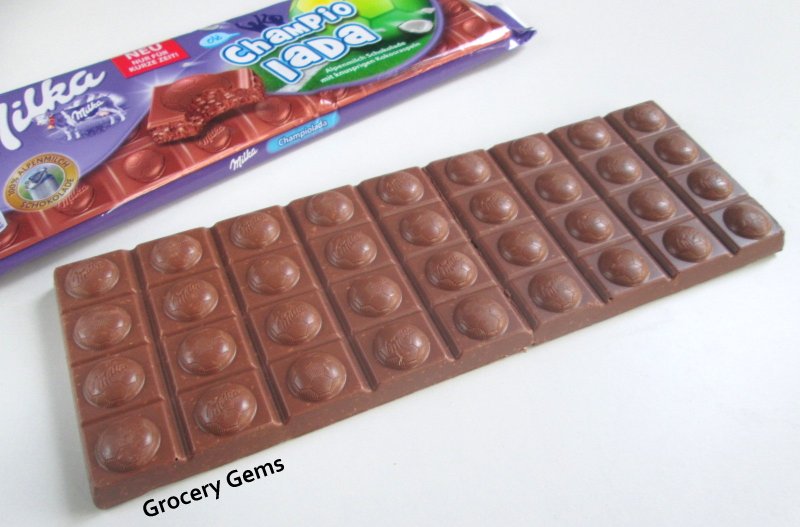 Milka Champiolada Coconut: First up it's the epic Milka Champiolada chocolate bar. Apparently Milka always release the Champiolada for big football tournaments. It's a mammoth 300g bar with fun football shapes on each segment. And luckily for me, this year's limited edition Champiodada bar is coconut flavoured! 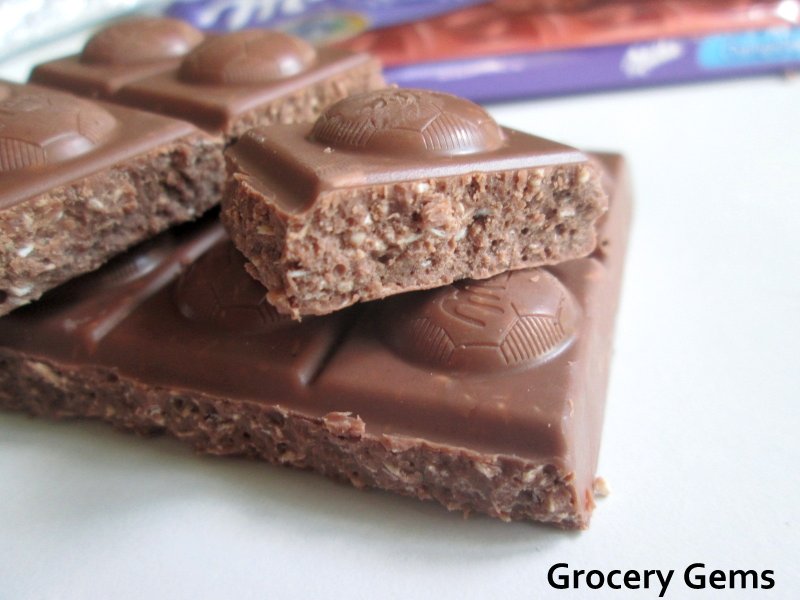 I don't think I've ever tried a coconut Milka chocolate and I was pleasantly surprised by this one. I'm not sure if this is just because it's filled with dessicated coconut, but as you can see in my photo above the chocolate has a slightly aerated texture. This meant it was essentially like eating a coconut flavoured Wispa bar (if only Cadbury would make that!). The combination was absolutely heavenly! I loved everything about this Champiolada, from the sweet coconut flavour to the lighter texture of the chocolate. 10 out of 10. 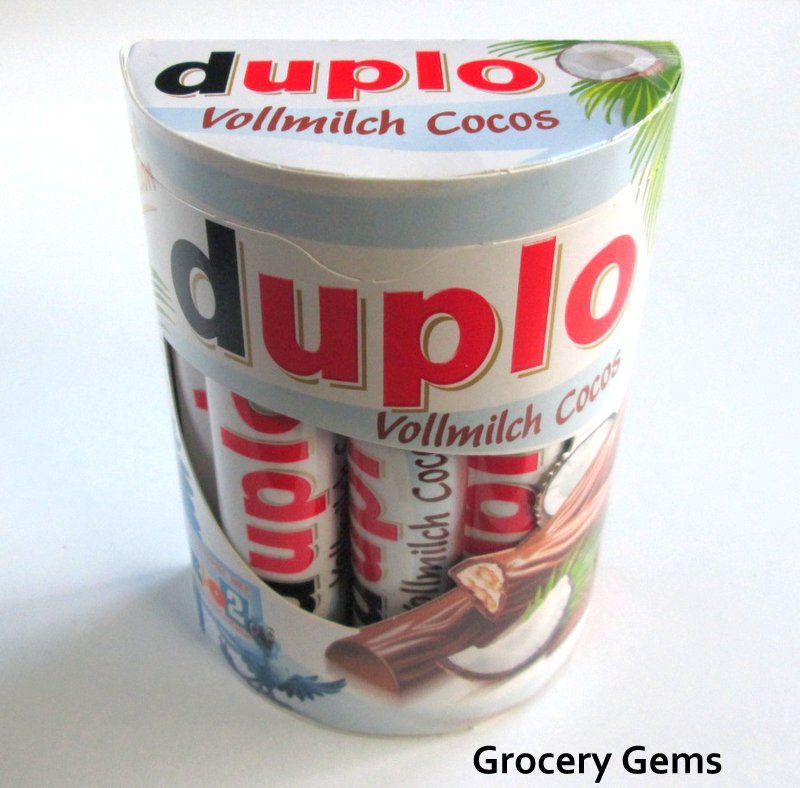 Ferrero Duplo Coconut: These are small chocolate batons with a wafer and coconut cream filling. I'd previously reviewed the Ferrero Duplo Hazelnut and enjoyed them so I had high hopes for this limited edition coconut version. 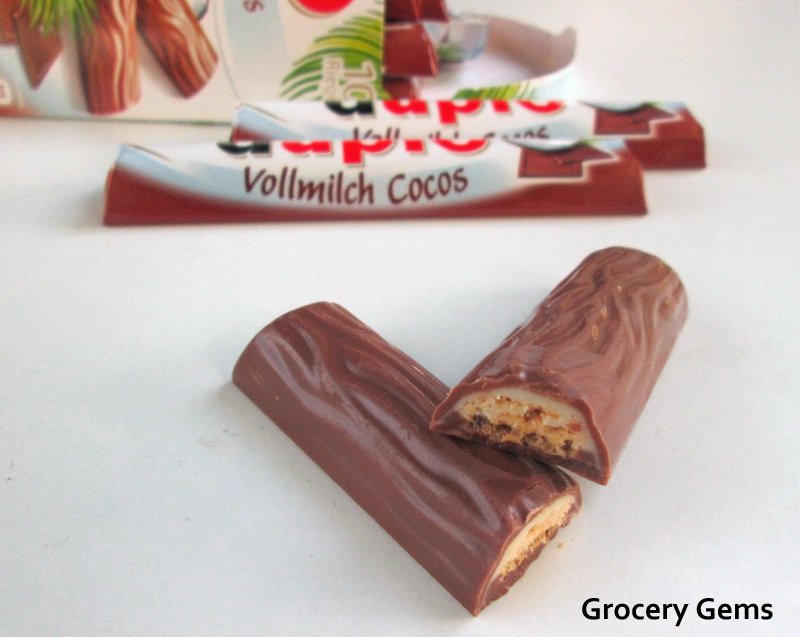 Each 18g bar has a crunchy layer of wafer topped by a thin layer of creamy coconut filling. The flavour profile is similar to many Ferrero products, with that sweet alpine milk chocolate and light wafer combination. It's perfectly suited to the subtle coconut flavour here, creating a very tasty little treat. I find these quite irresistible and usually can't stop at just one! 9 out of 10. 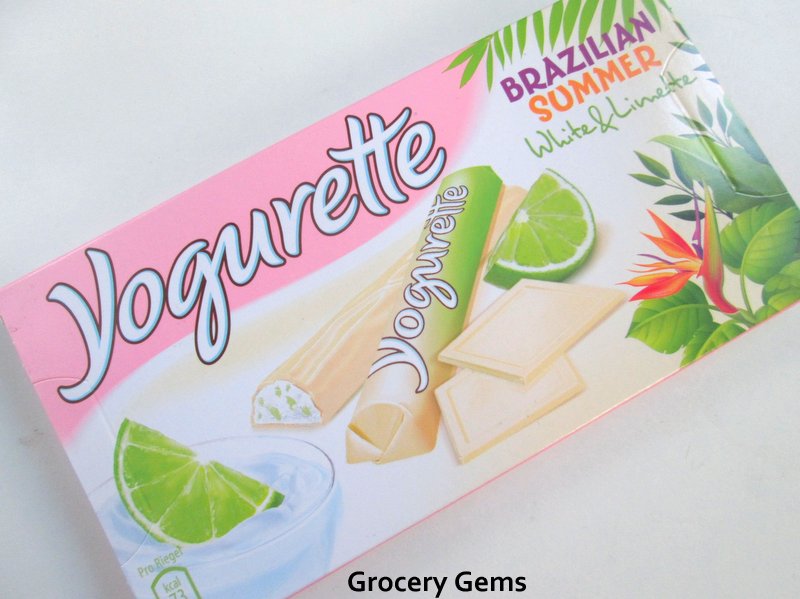 Yogurette Brazilian Summer: These are very similar in size and appearance to the above Ferrero Duplo. Steffi mentioned that in Germany these are marketed as a "healthier" treat, and even though they have fewer calories compared to the Ferrero Duplo (73 calories versus 108 calories), it's probably only because they are even smaller at 12.5g. 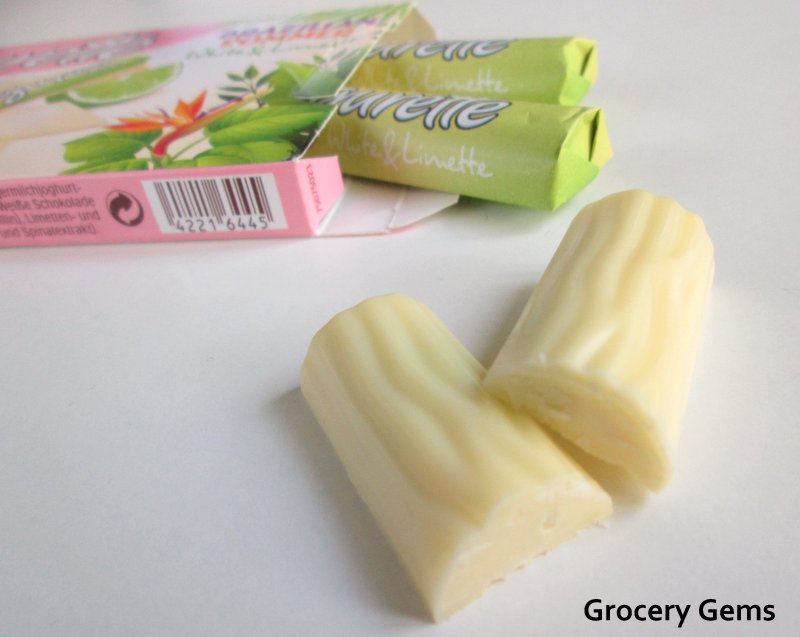 The flavour here is definitely unique, it's a combination of white chocolate outer, filled with a lime flavoured yogurt centre. The filling is quite tangy and tart with a lovely lime flavour, but it works well with the sweeter white chocolate coating, and it's certainly a flavour I enjoyed. Other members of my family were not so keen on the tartness of the centre, so the enjoyment of this one really depends on whether you like yogurt fillings in chocolates. 8 out of 10. 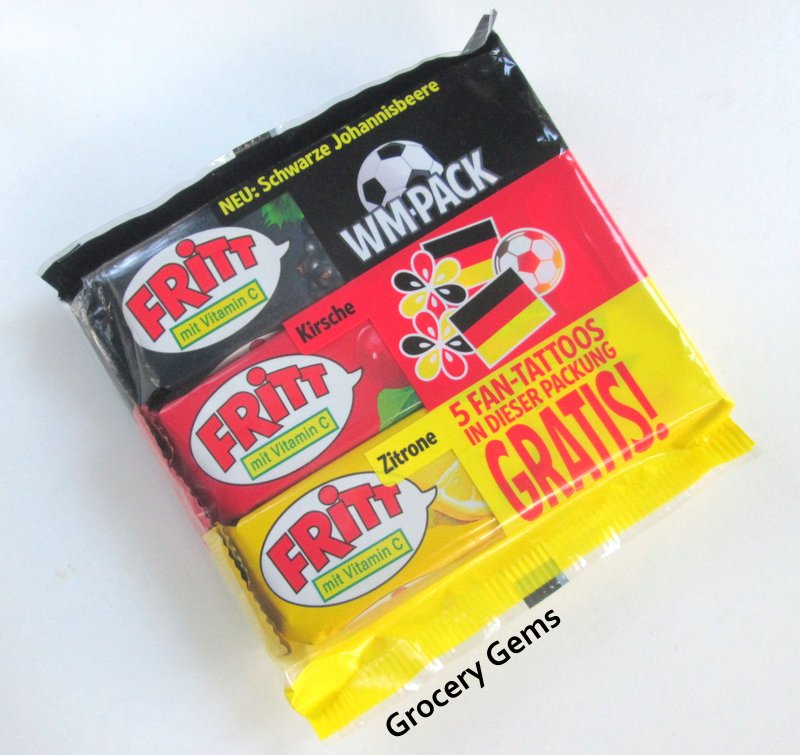 Fritt WM-Pack: The 'WM' stands for Welmeiesterschaft which means World Cup in German. This special WM-Pack is made up of three packs of chewy Fritt sweets, with a new Blackcurrant flavour included. 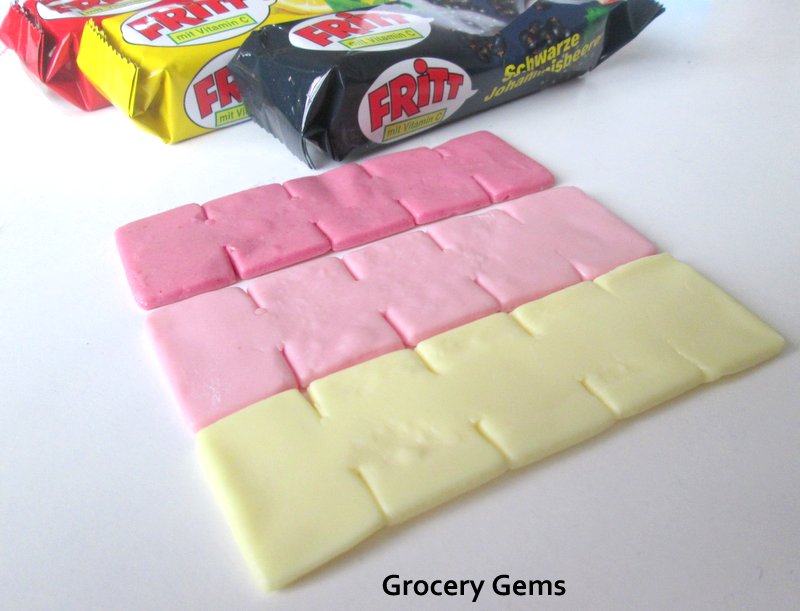 Each pack has five individually sealed sweetie strips. There are three flavours, Cherry, Lemon and Blackcurrant. I was pleased to find that these sweets have a softly chewy texture that is akin to a flattened out Chewit sweet, rather than being like a horribly hard Wham bar. Each Fritt flavour is delightfully fruity and sweet with a pleasantly natural aroma. A real hit with all my testers! 8 out of 10.

Thanks again to Steffi who sent me all these fantastic treats and good luck to Deutschland in the World Cup final match tonight! :)