For the past week I've been trying out the range of Nespresso compatible pods from CaféPod (and Tweeting a few #CoffeeMoments photos along the way!). As a Nespresso owner I've tried a few of the CaféPod varieties previously, they're conveniently available in most supermarkets, a distinct advantage over other Nespresso pod brands. I've been buying the CaféPod Smooth and Intense varieties since the first days of my Nespresso ownership and I was pleased to find out that they have introduced two new varieties and strengths into their espresso range; Arabica Lungo and Ristretto. 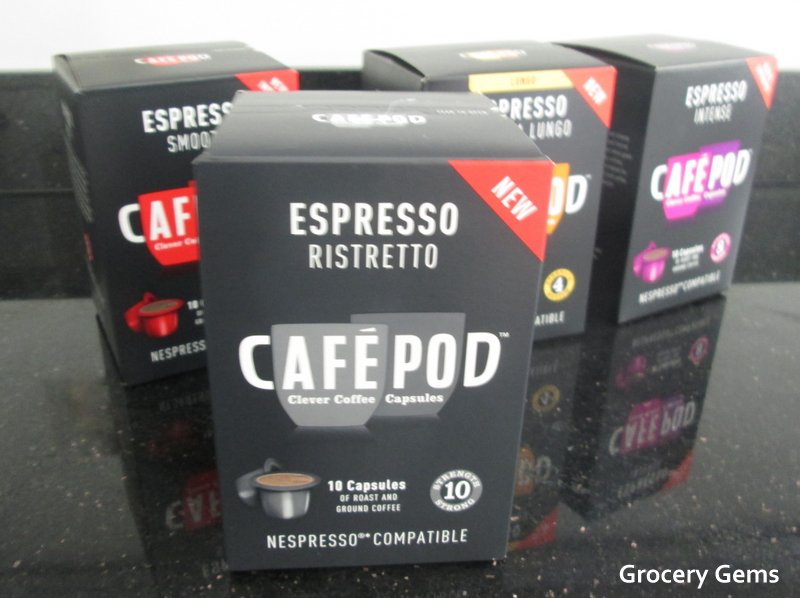 The four varieties I've been trying; Ristretto, Intense, Smooth & Arabica Lungo, form part of CaféPods main range, but there are also Colombia and Sumatra blends, under their Lungo range, and a Decaffeinated version in their Espresso range, available. 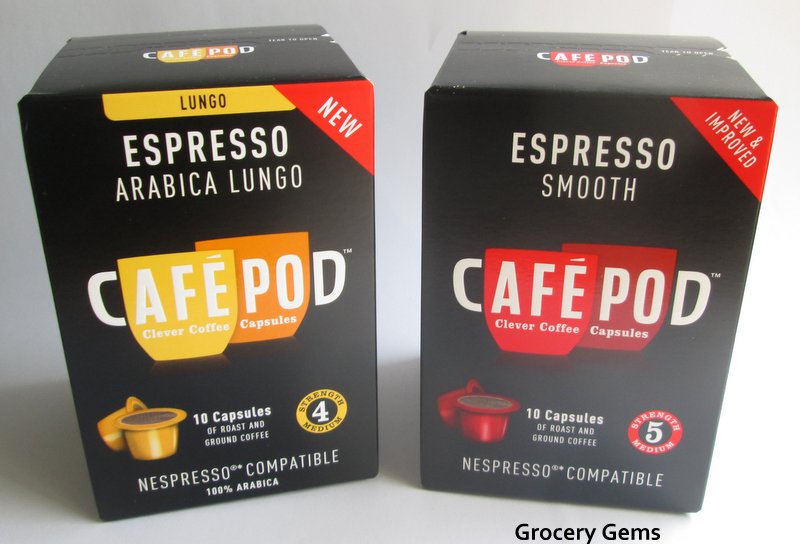 The two milder blends I tried are the Arabica Lungo (strength 4) and the Espresso Smooth (strength 5). 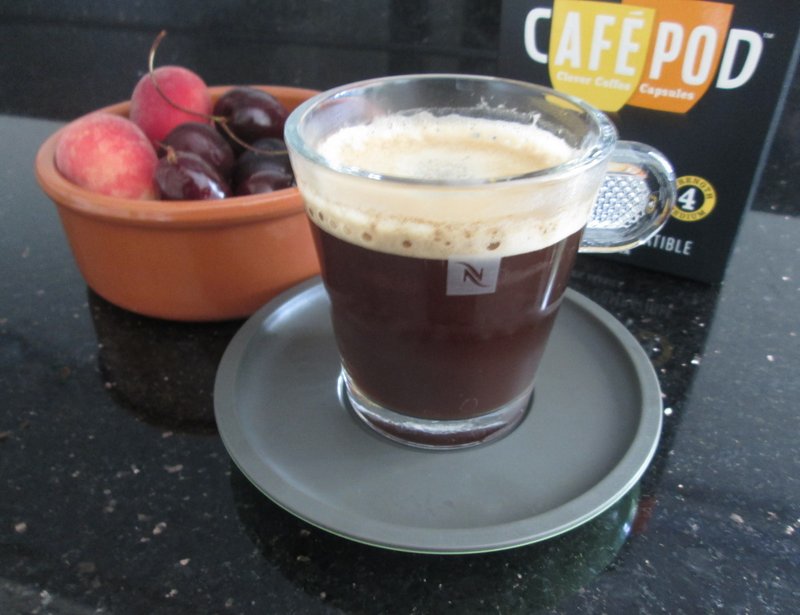 Arabica Lungo: This 100% Arabica coffee is described as being superb for making a longer coffee. I usually make Lungo sized coffees so this blend was perfect for me. I tried the coffee in several different ways (as I did with all the blends) and I found that I enjoyed it the most without milk. I'm not usually a black coffee drinker, so this was a surprise for me, but this Arabica Lungo has a zesty sweet flavour that really doesn't need the addition of milk. I'll definitely be buying this blend again in the future, it's ideal for a making a gorgeous afternoon pick-me-up coffee, much stronger than an instant coffee, but not as intense as a Nespresso blend. 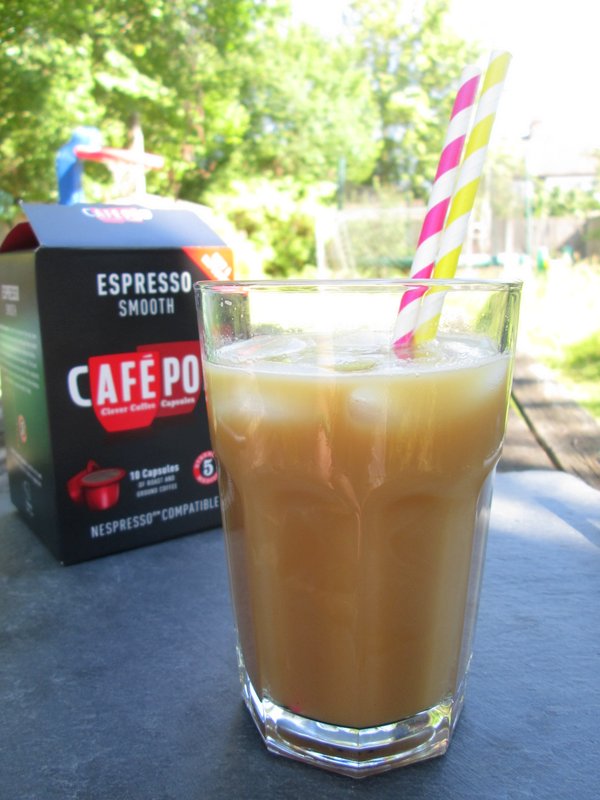 Smooth: I bought this blend a couple of times when I first had a Nespresso but I found it a bit weak for my tastes, so I'm pleased to see that it's been "New & Improved". The aroma and flavour here is much stronger than I remember it being. I preferred this one with the addition of milk as it does have quite a bitter aftertaste without it. In fact, I enjoyed it the most when I used it as a base for latte style drinks, the milk helps to mellow it out, but it still has enough depth of flavour to create a lovely strong coffee. 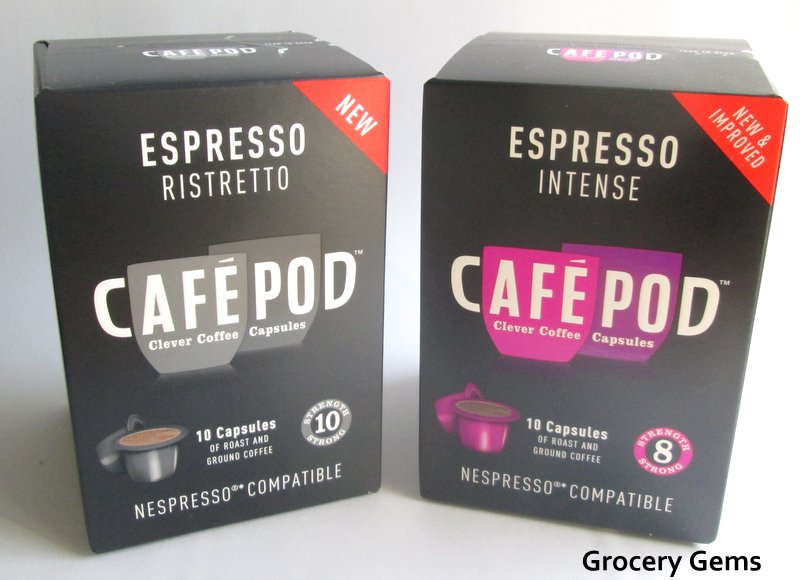 I also tried two of the more intensely flavoured coffees; Ristretto (strength 10) and Intense (strength 8). As someone who usually goes for the maximum strength blends, it's exciting to see a full 10 strength coffee in the CaféPod range! 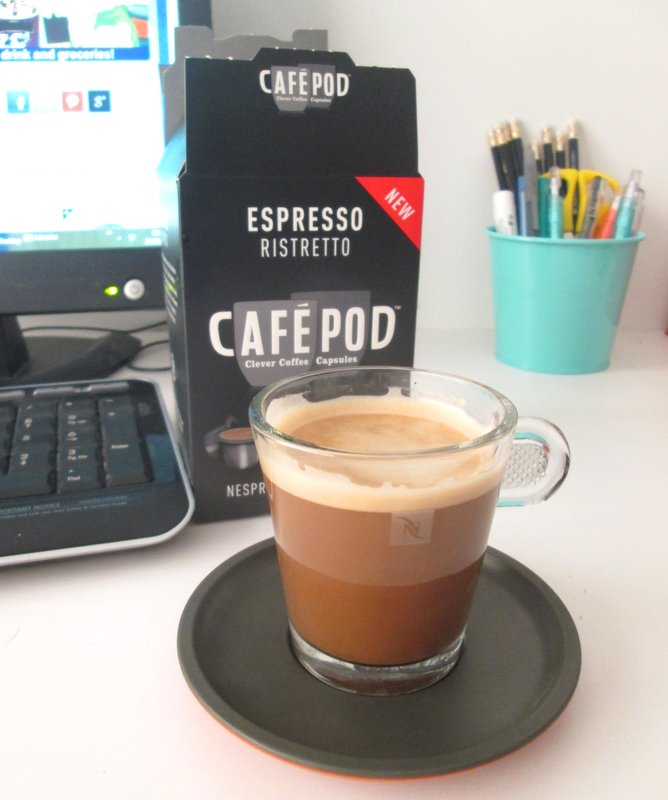 Ristretto: A ristretto usually denotes a very short shot of coffee, definitely one for the coffee lovers who like an intense hit of flavour. I actually found the CaféPod Ristretto blend to be the ideal morning blend, a full bodied robust flavour that gives a perfect kick start to the day. Even though I preferred mine in a longer style, with a dash of milk, it was one of my favourites from the CaféPod range. It's intensely rich with a great coffee hit and a slightly spiced flavour. I'll definitely be looking out for this one in future. 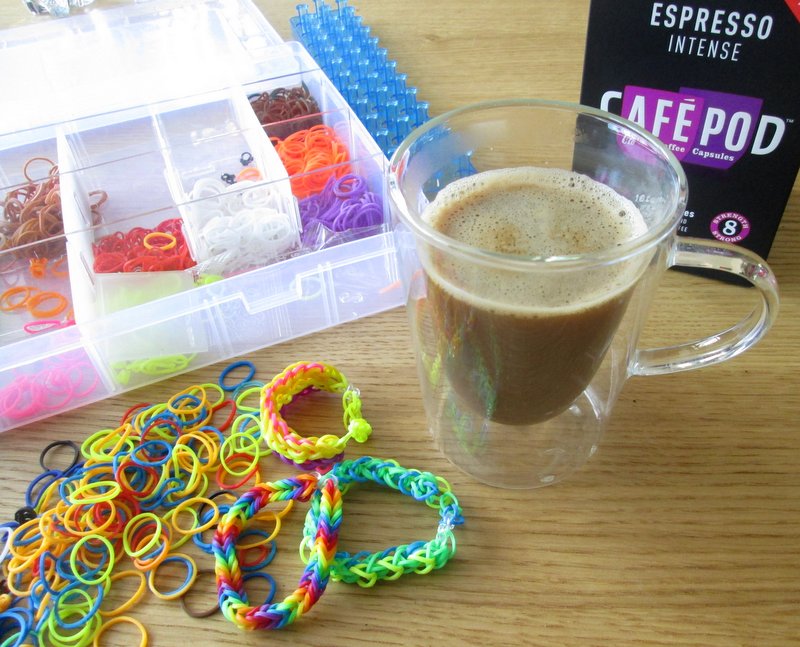 Intense: This one is lovely too and my second favourite from the range (no surprise really as it's the second strongest!). The flavour is wonderfully smooth without any bitterness at all. It's described as having "nuances of dark chocolate with a lingering finish" and I would agree that the Intense does have an underlying sweetness that makes it enjoyable at any time of day (especially during an epic looming session!). 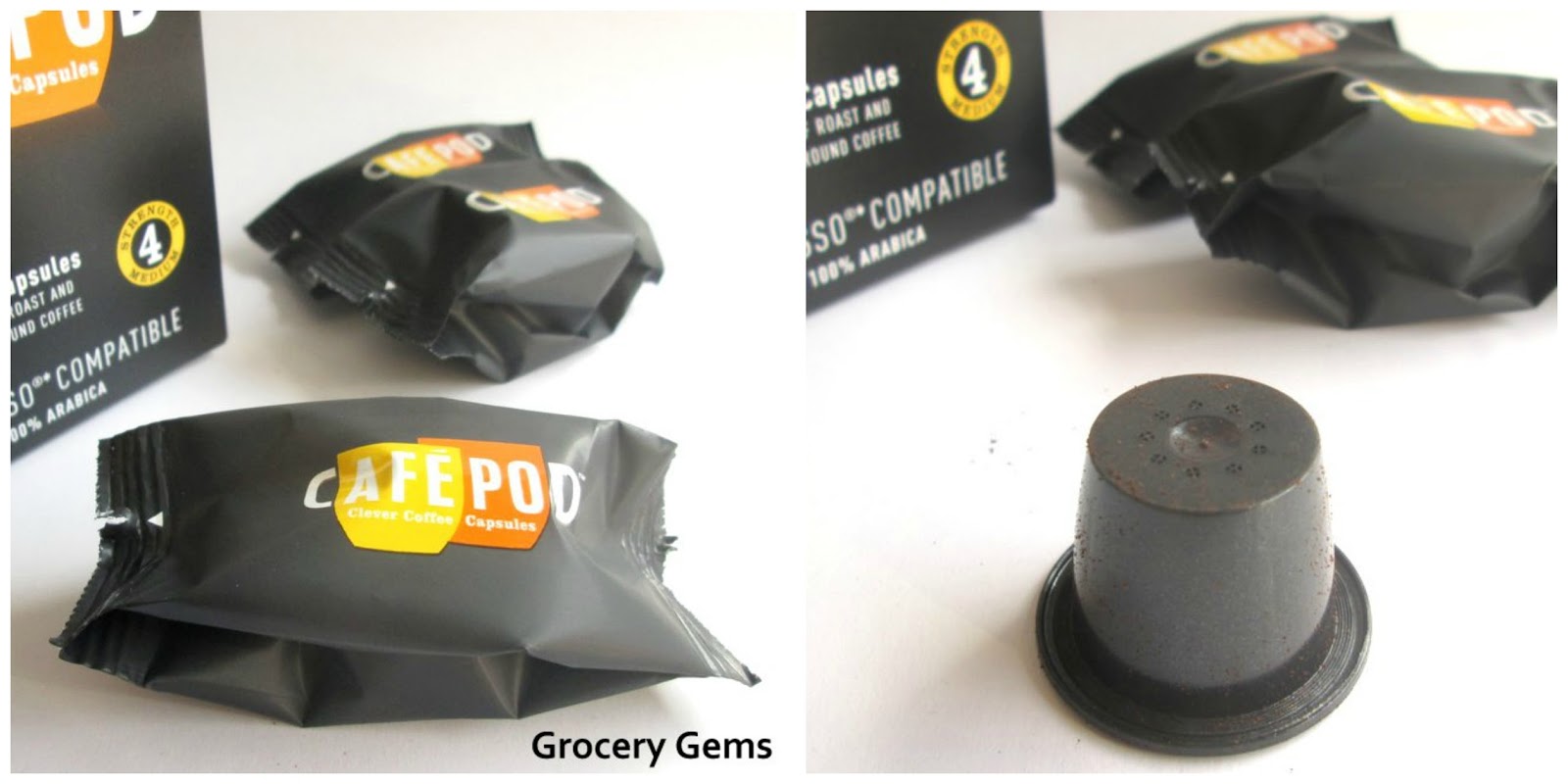 Just a few notes about the CaféPod capsules themselves. Each box comes with 10 individually sealed capsules. I didn't have any problems at all with compatibility with my machine, each capsule resulted in a perfect cup of coffee in terms of crema and size.

Overall I was impressed by the CaféPod range, and it's much improved since the last time I tried it. Whilst I don't think it's the same quality as the Nespresso range of Grand Crus, it's still a brilliant range, and certainly one of the best Nespresso compatible ranges I've tried. It's useful that their extensive range is available at most supermarkets, rather than having to be ordered online, and I'll definitely be stocking up on the Ristretto blend next time I see it instore.

I was sent a range of CaféPod products for an honest review.