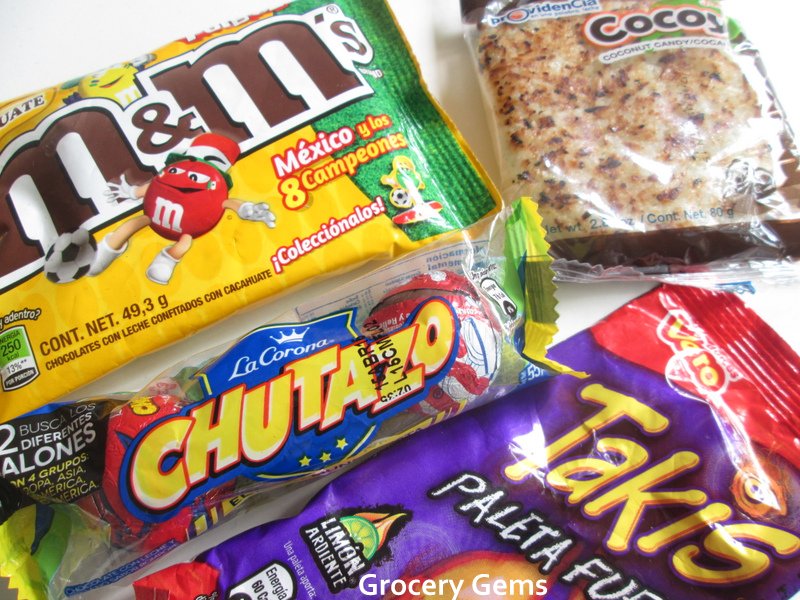 And talking about awesome brothers (see my previous post here!), I also received a gorgeous birthday parcel of Mexican goodies courtesy of my globetrotting older brother. He's sent me some fantastic snacks over the past few months and I was thrilled with this parcel containing four products from Mexico; Futbol M&Ms, Cocoy Coconut Candy, La Carona Chutazo, and Takis Paleta Fuego. I've been wanting to include Mexico in my Around the World Challenge for quite some time and now I get to do it in style. Thanks big bro! 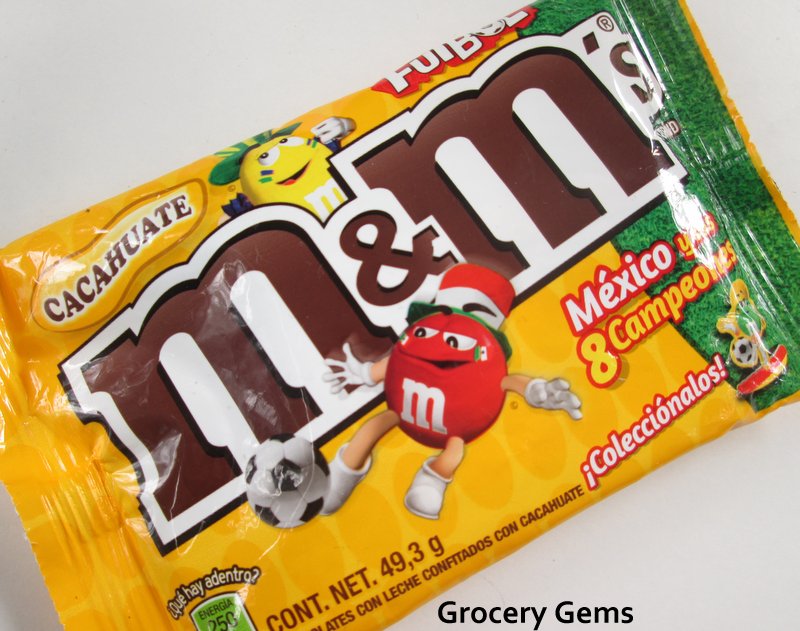 Futbol M&M's: These are regular Peanut M&M's but feature football themed packaging for the World Cup and also a collectible M&M flag figure. I got France! 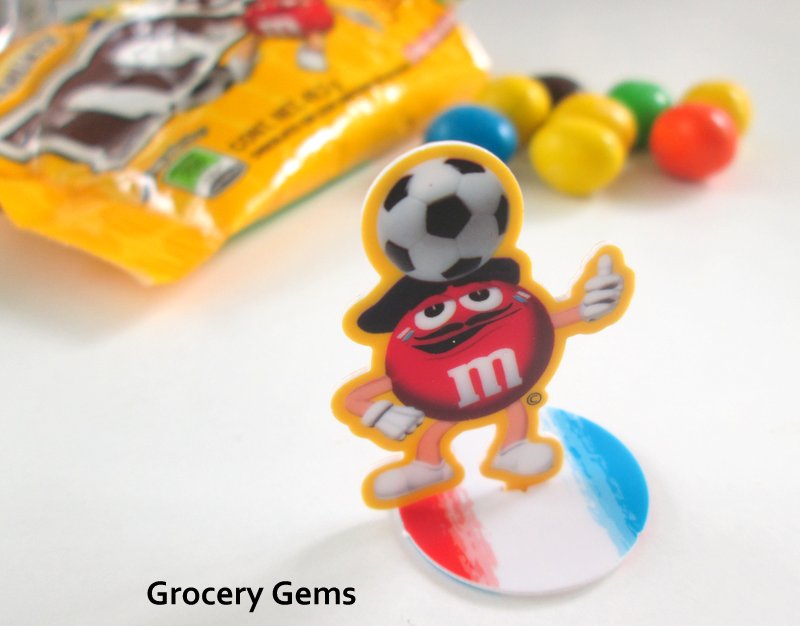 Remember when cereal boxes, and even sometimes crisp packets, would contain little toys/tokens like these? They seem to have disappeared in the UK but I've seen them quite often in products from overseas. I would definitely be trying to collect all these M&Ms flag figues if they were available here! 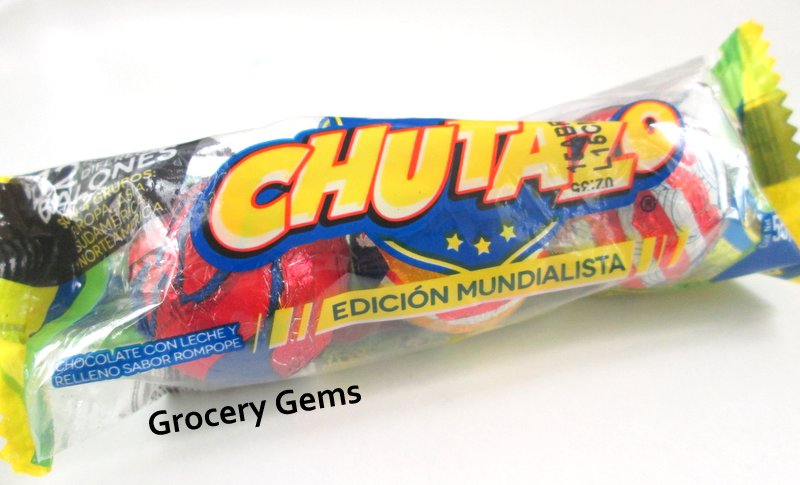 La Corona - Chutazo Edición Mundialista: At first glance these look like a cool set of three football shaped chocolates, each with different flag wrappings to collect. But on closer inspection these contain an enigmatic feature that I would love to get to the bottom of. The mystery? These are EGGNOG filled chocolate balls. There are several different companies that make these Chutazo footballs and they are also eggnog filled. I always thought that eggnog was exclusively a Christmas flavour so if anyone can tell me why it's used for these Chutazo then please leave a comment below!

UPDATE: Take a look at the comment by Niza in the comments section below who explains more about the eggnog (rompope) flavour in Mexico. Thanks Niza! 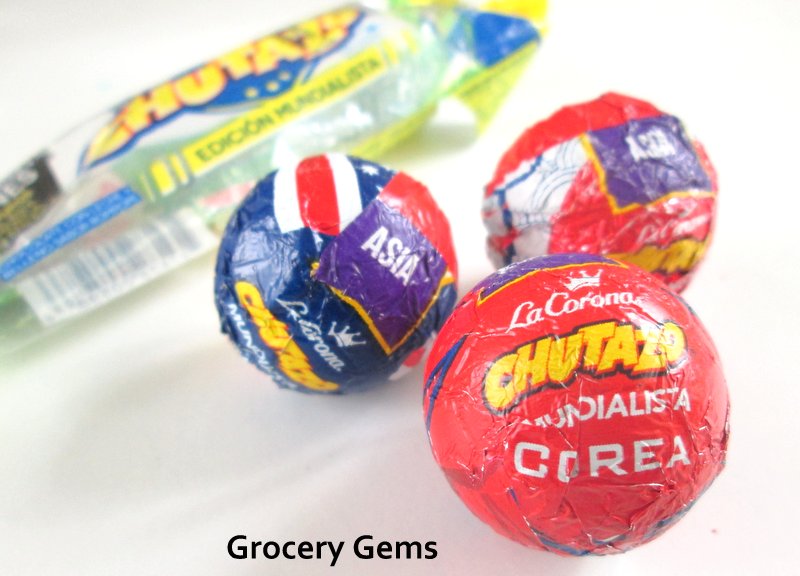 The packaging is brilliant, with different flag themed wrappers. It's hard to tell from the photo but my three wrappers featured Australia, Korea and Japan. 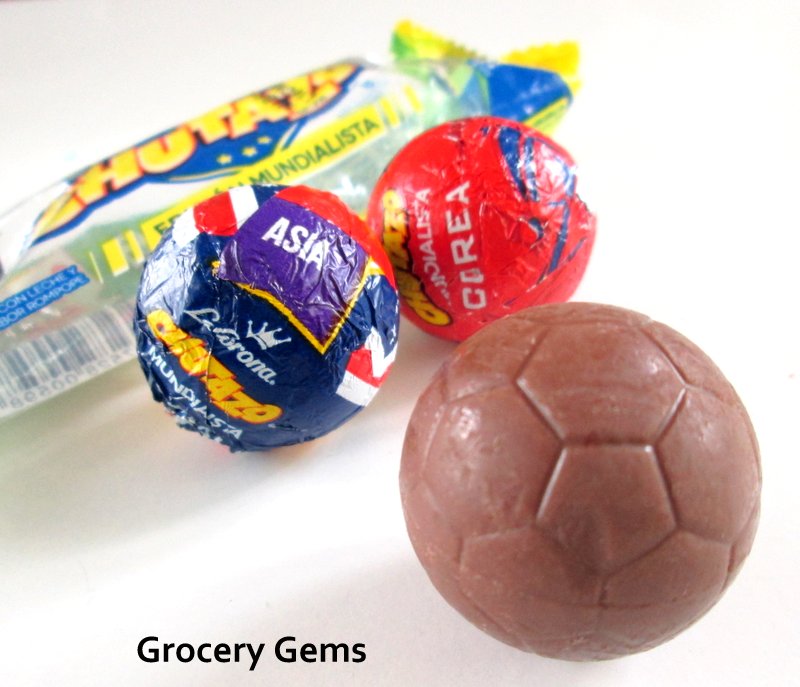 Each chocolate is quite large, about two thirds the size of a Cadbury Creme Egg, and is moulded to look like a football. 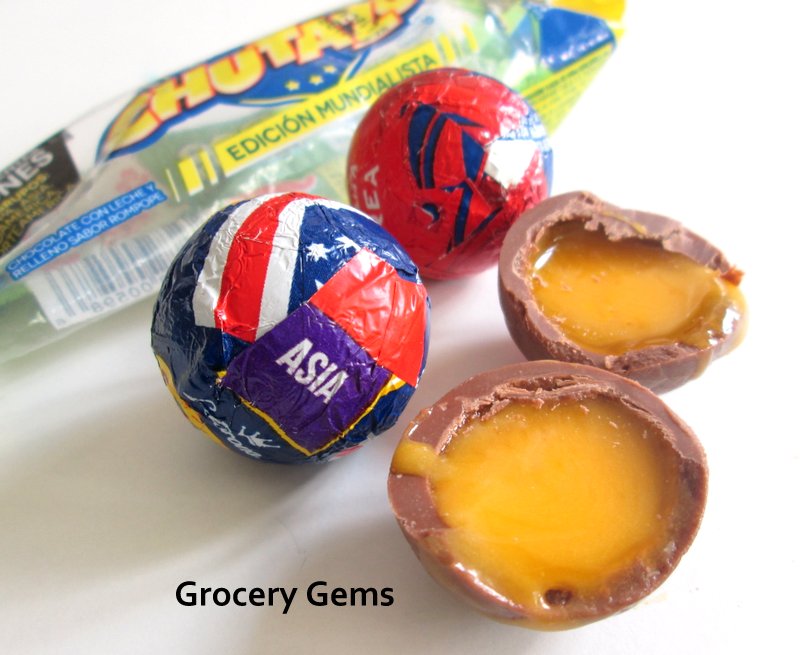 I was quite surprised to discover the soft fondant filling inside! It looks just like a full yolk Cadbury Creme Egg! Even more surprising was the flavour. I'll admit I've never actually tried eggnog before, it's not a very common flavour here in the UK (unless you count Starbucks Eggnog Lattes which are flavourless and sugary). In these Chutazo it's a very sweet, with a slightly spiced undertone, and a dominant alcoholic flavour. The chocolate was much nicer than I expected too, with a cocoa flavour that's able to compete with the strong filling.


Even though I'm not usually a fan of sugary creme eggs or of alcoholic chocolates, there's something wonderful about trying these Chutazo. Maybe it's just the novelty factor but I really enjoyed mine. I'll try the rest on Mr. Grocery Gems! :) 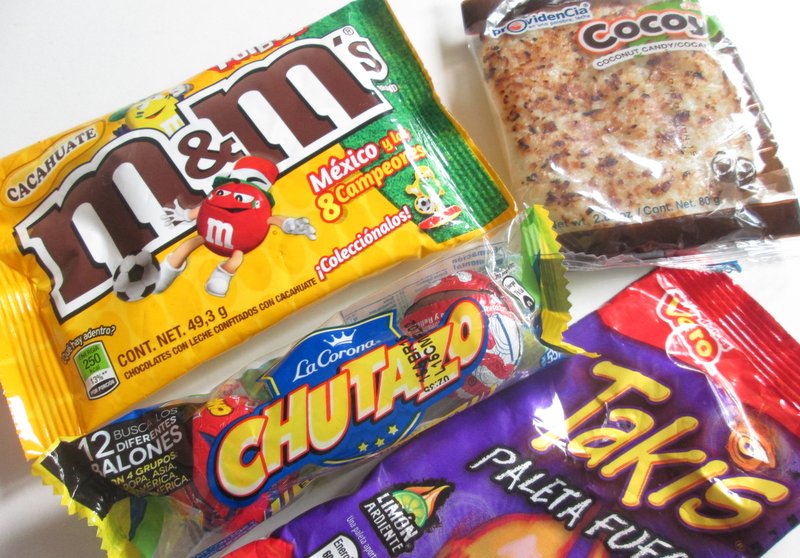 I'll have a review of the other two products in a few days. One is a hellish version of a Dib Dab - a lollipop that comes with a fiery chilli powdery dip!

Email ThisBlogThis!Share to TwitterShare to FacebookShare to Pinterest
Labels: Around the World, Chocolate, M&M's