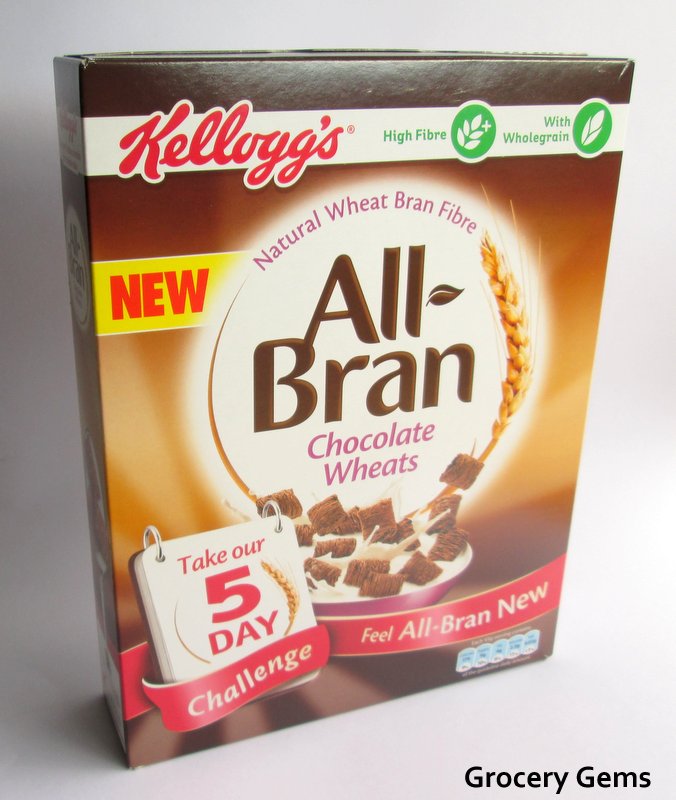 As a fan of Kellogg's Bran Flakes I was excited to hear about their latest release in the All-Bran range - Chocolate Wheats. This new chocolate cereal contains wheat bran fibre which has been scientifically proven to reduce digestive discomfort. Kellogg's All-Bran has always been seen as a healthy cereal choice, rather than a tasty one, so I was keen to see how it would work in this chocolate version.

Competition!
Check back later today as I'll be running a competition for two readers to each win a case (5 boxes) of this new cereal! 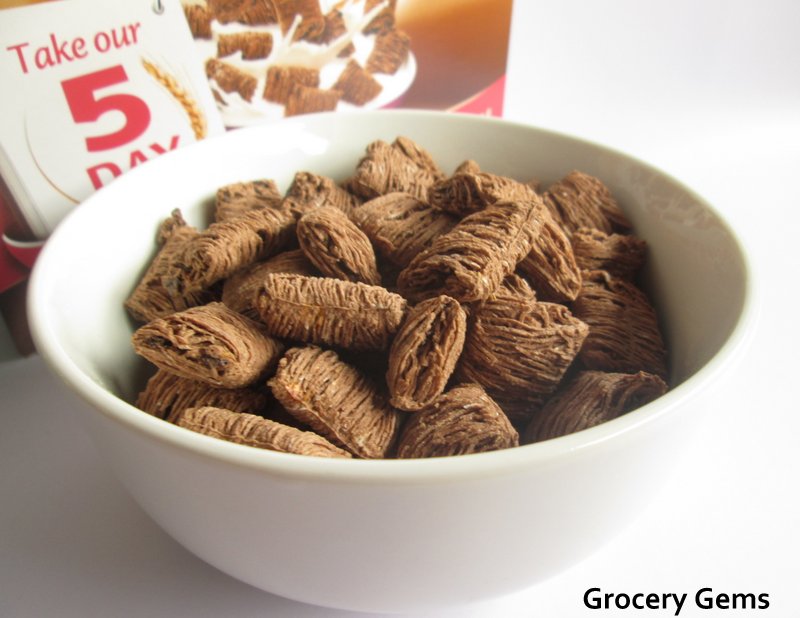 The Kellogg's All-Bran Chocolate Wheats are pillow-shaped bites with a chocolate flavoured shredded wheat outer that is filled with a small layer of extra chocolate. 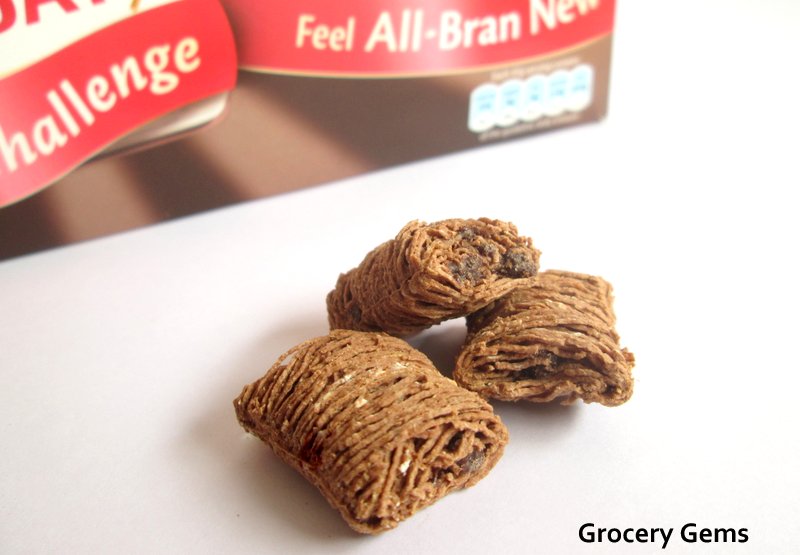 I usually eat this type of cereal without any milk as a snack, and these Kelloggs All-Bran Chocolate Wheats are perfect for that. They start off crunchy with a lovely wheaty flavour but then reveal a rich chocolate filling. They're so tasty as a snack and it's good to know that they are also providing a high fibre content at the same time. My husband always eats a bowl of Bran Flakes for breakfast and he's been enjoying mixing half a bowl with the addition of these Chocolate Wheats. He loved their chocolately yet wheaty flavour and found that they offered a more substantial breakfast, filling him up for longer. Unlike most other chocolate cereals the chocolate flavour here is not overly sweet, perfect for adults - although it passed the taste test with my kids too!

Kellogg's All-Bran Chocolate Wheats are now available in all major supermarkets, with a RRP of £2.69 for a 340g box. For more information visit www.allbran.co.uk

Products sent for an honest review.