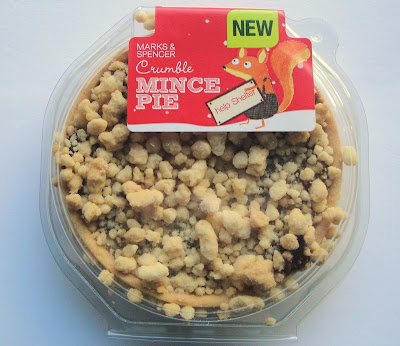 Marks & Spencer have a festive range of lunchtime sandwiches and treats, quite a few of which are new for this year. I spotted this Crumble Mince Pie and knew I had to give it a try. I love any crumble from Marks & Spencer, they are reliably delicious! 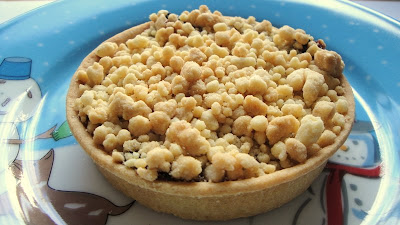 I'm also a fan of mince pies but I'm quite fussy about them, so I hardly ever buy the multipack kind. I find the mincemeat filling in most of those to be overly sweet and there is usually too much of it. I'll admit I'm more of a pastry person. The Crumble Mince Pie from Marks & Spencer comes in an individual portion size. It has a tart like pastry base filled with a layer of mincemeat which is generously topped with crumble, oh and tastes fantastic!

And when I say generously - I mean generously. There is a certain degree of mess factor with these Crumble Mince Pies just because the crumble is quite loose and abundant. I don't mean any of that as a complaint, it's just not the best mince pie to eat at your desk, even though it does come in it's own little plastic tray. 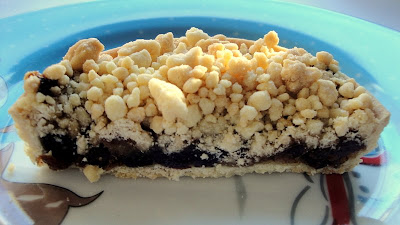 The pastry base and sides are quite thin which, after watching a lot of The Great British Bake Off, I know is the sign of a great pastry; there is no thick tasteless pastry here. Instead it provides the perfect base for all the filling, whilst being lightly buttery and melt in the mouth. The layer of mincemeat is absolutely delicious, it's sweet but with lots of individual flavours coming through, especially the cinnamon spice and the orange pieces. 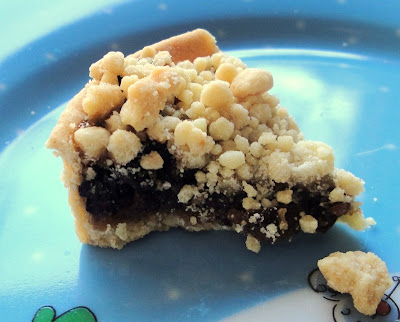 The crumble topping is just as delicious as any other Marks & Spencer's crumble. It's so gorgeously buttery with an excellent texture. Even though there is a lot of crumble it doesn't overwhelm the excellent mincemeat filling. I was going to moan about the £1.25 price tag (even though 5p goes to the charity Shelter), as it is quite steep for one mince pie, but it's so tasty I would rather get one of these than have a cheaper multipack of six.