Every once in awhile I get to the point where there are too many reviews waiting to be written for me to sensibly deal with them in any meaningful way. That can mean only one thing - it's time for another Random Review Roundup! A chance for mini reviews of products that otherwise wouldn't get a mention. 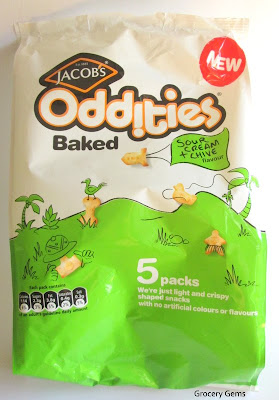 Jacob's Oddities Sour Cream & Chive: It seems I can't even keep track of all the products I have reviewed thus far on my blog. I was convinced I had reviewed the Jacob's Oddities range but it appears I was wrong. If you haven't tried them before then give them a go, not because of the odd shapes, but because these little crackers are full of flavour and packed with seasoning. 9 out of 10. 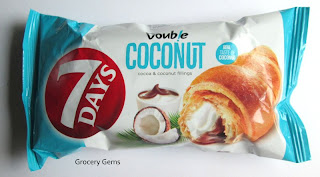 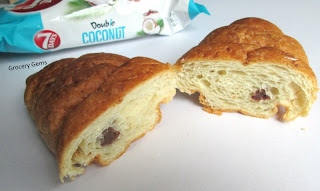 7 Days Double Coconut Croissant: I'd always been curious to try these croissants, which are widely available in newsagents and local grocery shops. Unfortunately my croissant bared little comparison to the image on the front, especially in regards to the filling. Where's the coconut? The croissant itself was very bland and cheap tasting too. 4 out of 10. 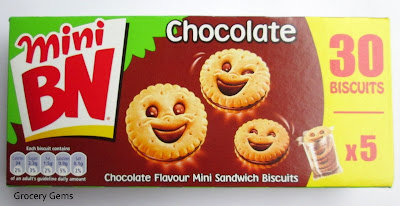 BN Biscuits: They're back! Available in chocolate or vanilla, we're particularly fond of these Mini BN in individual portions. Great for kids lunch bags. 8 out of 10. 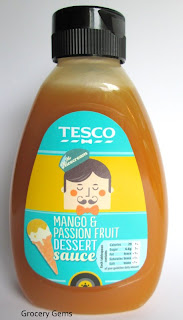 Tesco Mango & Passion Fruit Dessert Sauce: This sweet sauce adds a bit of tropical fruity zing to ice creams and desserts. 7 out of 10. 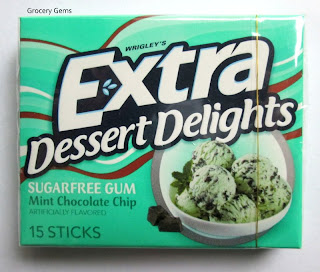 Extra Dessert Delights Sugar Free Gum Mint Chocolate Chip: I didn't see the appeal of this range of dessert inspired gum from the US. However, I've become a fan since trying this mint chocolate chip flavour, and I've since bought the Rainbow Sherbet variety too. 8 out of 10. 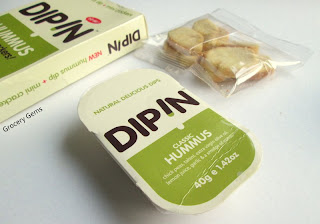 DIP IN Natural Delicious Dips - Classic Hummus: I was sent this mini dip set of hummus dip and crackers along with the fabulous Oloves (see review here). This dipping set was delicious and a big hit with my kids, I need to find a stockist now! 9 out of 10. 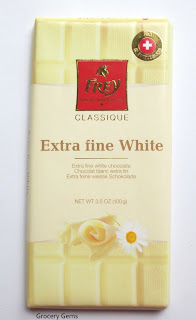 Frey Extra Fine White Chocolate: Every product I've tried from Switzerland's bestselling chocolate brand, Frey, has been of an extremely high quality, and this Extra Fine White was no exception. A fabulously creamy white chocolate with luscious vanilla flavour - just the way I like it. 9 out of 10. 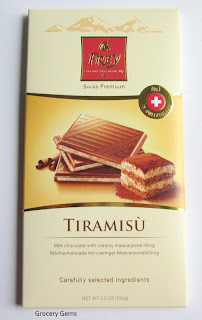 Frey Tiramisu: A dream bar for tiramisu dessert lovers everywhere. This combination of milk chocolate and mascarpone cream is a lovely recreation of the classic dessert. 8 out of 10. 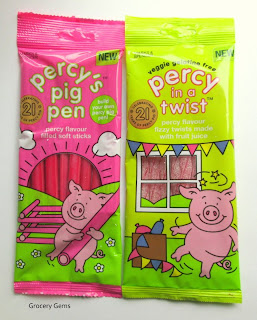 Percy's Pig Pen & Percy in a Twist: Some great sweets from the M&S Percy Pig range, which are both worryingly described as "Percy Flavoured". They both have the same very sweet, fruity, almost bubblegum-ish flavour. The Percy's Pig Pen are classic pencil type sweets of soft filled tubes. The Percy in a Twist are gelatin free fizzy laces.
7 out of 10. 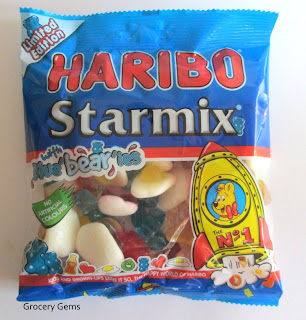 Haribo Starmix Limited Edition Blue Bear'ies: I initially dismissed these for being a bit boring and uninspired, but I underestimated the fact that kids LOVE blue coloured sweets. It's a mystery but it's true. 7 out of 10. 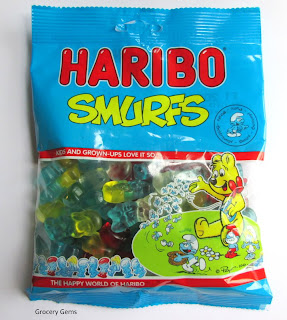 Haribo Smurfs: A welcome re release for these Haribo Smurfs to coincide with the Smurfs 2 film a few months ago. I love the way they have different coloured and flavoured hats, it's very well done and they look great. 8 out of 10. 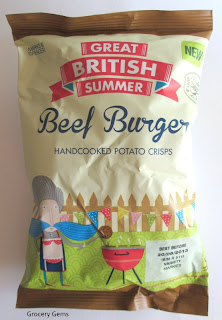 M&S Beef Burger Handcooked Potato Crisps: I reviewed the Fish & Chips flavour crisps from the same Great British summer range so it was inevitable that I would try these too. They have a fantastic burger flavour, meaty and delicious, but vegetarian too! 9 out of 10. 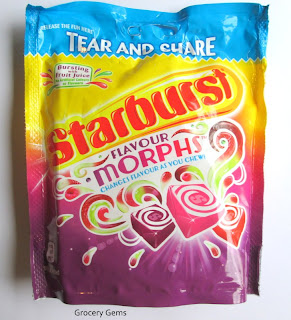 Starburst Flavour Morphs: Disappointing sweets which are supposed to change flavour as you eat them, such as from Strawberry to Strawberry & Lime. This essentially means that the flavour changes from a sweet fruity flavour to a slightly sour fruity flavour. 5 out of 10. 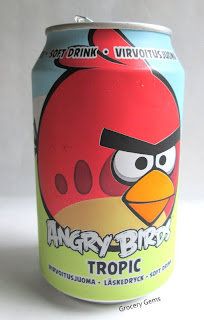 Angry Birds Tropic Soft Drink: I've previously reviewed the Angry Birds Lagoon (apple and pear) and Angry Birds Space Comet (cola and orange) drinks by Finnish brand Fazer. Whilst I loved both those drinks, this Angry Birds Tropic failed to impress. It's simply described as "tropical fruit" but doesn't deliver any tropical flavour. It's almost like a lemonade but with a slightly tart apple taste in there too. I still enjoyed it as a mixer with some POM Wonderful juice! 6 out of 10. 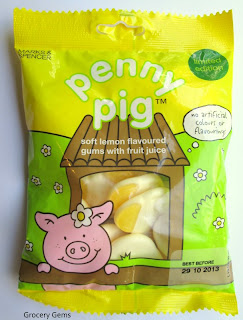 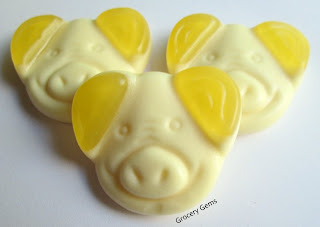 M&S Limited Edition Penny Pig: These lemon flavoured fruit gums are deliciously soft and moreish. I actually prefer this lemon flavour to the regular Percy Pig sweets. 9 out of 10.

If you've made it this far in the review, don't worry - that's it for now!